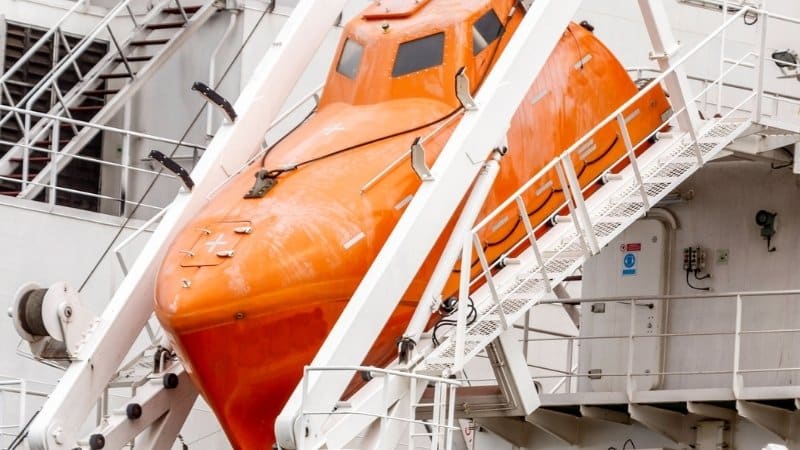 Seafarers really shouldn’t be afraid of equipment that is supposed to save them, but this is all too often the case, as news of accidents involving lifeboats filters around the seagoing workforce. Lifeboat drills, which are mandated by regulation, ought to be routine, but all too often are an ordeal for those taking part and a source of some apprehension. And while it is too easy to blame the seamanship of those involved in accidents, it is not too hard to suggest that there are other factors at play.

There is a lack of any form of standardisation of lifeboat equipment, while many shipbuilders are guilty of sourcing any components on the sole basis of its cost, with the owner not always involved in the specification. Experts who have looked closely at the equipment often discover components that are incorporated into the launching and recovery equipment that have been installed without any apparent comprehension that they will exist in a corrosive atmosphere, or are difficult to maintain Then there is plain awful design, with recovery of enclosed boats notoriously difficult after a drill, with crew typically trying to re-attach the suspension links and reset the hook-release gear through a small access hatch at the ends of the boat, while the boat might be moving about in a swell. Free-fall boats are frightening enough to launch, but even more of a nightmare to recover.

“Why are we still producing sub-standard equipment that kills people?”- asks InterManager’s Secretary General Captain Kuba Szymanski, who has been campaigning on this scandal for some years and gathering data on lifeboat accidents. It was the lack of any comprehensive picture into the frequency of these accidents which first drove the ship manager’s organisation to undertake its own research into the problem. It is a requirement for members of the International Maritime Organisation that they report serious accidents to IMO, but this tends to be honoured in the breach. Captain Szymanski suggests that only some 35% of actual accidents are to be found in the IMO database, which leaves 65% unreported. The consequence is that the full measure of a tragedy which has caused death and injury to some 500 people since enclosed boats were widely introduced in the 1980s, fails to properly register.

The InterManager data on lifeboat accidents goes back to 1980, is international and has been properly verified to discover what really happened in tragedies which seriously injured some 325 people and killed 117. Now the organisation has taken their aggregated data to Lloyd’s Register, which has used machine learning technology to identify the main causes, hazards and trends and produced a number of important insights. It has concluded that human beings were not the primary cause of these accidents, with almost a quarter directly caused by issues relating to equipment, such as release mechanism, davits and wire rope failure. Most accidents involved enclosed boats or free-fall equipment, with fewer of the older open-boat type. As to when accidents happen, by far the greatest number took place in drills, although a substantial number involved incidents during inspection or survey. Few were found to have occurred during operational use. The data also reveals that one in every five accidents involved the boat and crew falling into the water and one in every 13 took place with the boat stowed. Cruise ships (which use their boats more often) record the most accidents

There are often problems with port authorities prohibiting ships from conducting drills and putting boats in the water as regulations require, and InterManager has taken the matter up with the International Association of Ports & Harbors to find some resolution. It appears that those operating ports are equally as apprehensive of the difficulties of recovering free-fall boats, once they have been launched onto their water in a drill. The data has also made it possible to assess the effects of the various attempts to improve safety through regulations, some of which appear to have made matters worse. However, since a peak around 2009, there has
been something of an improvement, although hook release problems, wire and brake failures still take place. The accident to a lifeboat on the brand-new research ship Sir David Attenborough was a recent example. These sad, eminently preventable accidents still frighten seafarers, whichitself is a scandal that needs to be resolved.