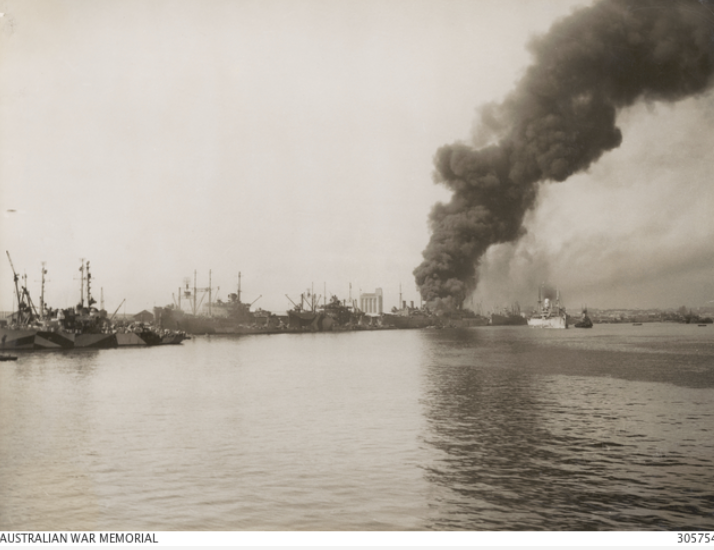 17 January 1945 A fire broke out at No. 8 Berth, North Wharf, (Port of Fremantle), and engulfed the merchant ship MV PANAMANIAN, which was alongside loading flour. The fire took seven days to be totally extinguished.

The submarine tender HMS MAIDSTONE also caught fire, and had to be moved by tugs to prevent the fire spreading to other ships. The fires were fought by RAN, RN, USN and civilian personnel.

The fire in MAIDSTONE was quickly brought under control, but the PANAMANIAN became a total loss. Only one life was lost in the fire, that of AB Kenneth Shooter, a RNZN sailor serving in HMS RULER, who fell down a hatch onboard PANAMANIAN while fighting the fire on 23 January.