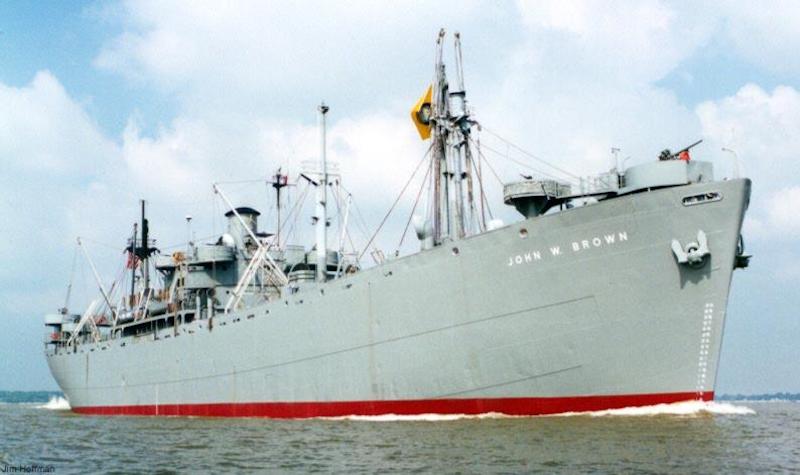 These ships don’t have the prowess of a battleship or the capability of an aircraft carrier, they were ugly ducklings to time magazine and dreadful looking objects to a president, but to many others they were the saving grace.

They were often unsung and almost forgotten the liberty ships played a key role in the outcome of the second world war and without them it is possible that the world would today be a much different place.

Built from a standardised design the liberties became famous for getting the goods through, no fewer than 2,710 ships were built and after the war 2,400 ships would survive it not bad when you consider they were designed to make one crossing.

These vessels were the trucks of the sea lanes carrying the goods to Britain, they were not fast nor were they large like todays ships, the Liberties were 441ft long 56ft wide and displaced 14,250tons, they were capable of steaming at just 12 knots but this doesn’t mean they didn’t set records.

The liberty holds a record for the fastest ship ever constructed the SS Robert E Peary from keel laying to launch her entire construction took 4 days 15 hours and 29 minuets, she set another record right after as well, from keel laying to in service 7 days 14 hours and 32 minuets and that’s not all they are noted for.

The liberty ship SS Stephen Hopkins became the first and only merchant ship to sink a German surface combatant, however she too was sunk in the action, while many were lost the 2,400 that did survive would find themselves either put to work in post war fleets or scrapped.
Today there are 4 Liberties left in the world and only 2 in working order.