For more than 40 years its rusting hulk has risen, whale-like, from the waters of the River Clyde. But what is the story of the "Sugar Boat"?

On the night of 27 January 1974 fierce winds were battering Scotland's west coast.
Moored on the River Clyde, waiting to unload its cargo of raw east African sugar for the Tate & Lyle refinery in Greenock, the MV Captayannis took the full force of the storm.
As gusts of more than 60mph whipped up the river, the Greek-registered cargo vessel dragged its anchor and started to drift.
The captain, Theodorakis Ionnis, immediately ordered his crew to start up the engines.

His plan was to head for the more sheltered waters of Gare Loch but before he could get under power, disaster struck.
The ship drifted into the anchor chains of a BP tanker, British Light, ripping a hole in the hull of the Captayannis.

As the water flooded in, the captain took a desperate gamble. He headed for a nearby sandbar. His actions saved his 30-strong crew. The ship ran aground and a small flotilla of tugs and pilot boats braved the stormy night to help them.

As the ship listed on its port side, the crew were able to jump onto the deck of one of the rescue boats, MV Rover. But the following morning, as the tide receded, the Captayannis keeled over, never to sail again.

Disputes over ownership and insurance are said to have prevented any salvage attempts. A plan to blow it up was shelved because of its proximity to the Ardmore Point bird sanctuary.

The wreck's location poses no danger to shipping - so it has simply been left to rust. 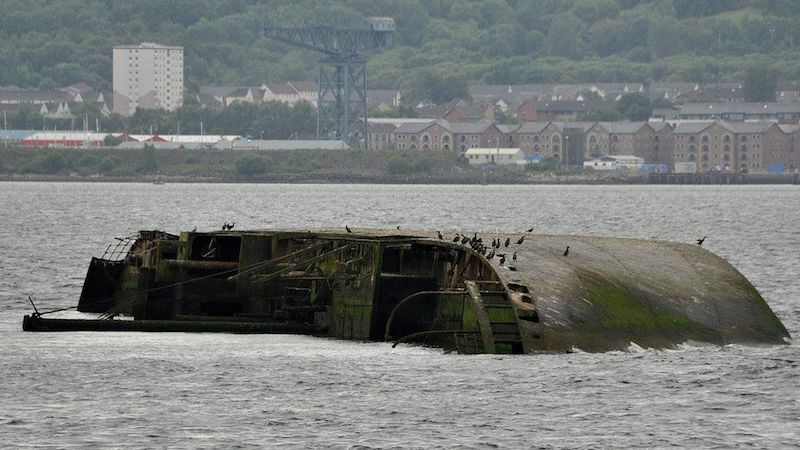 Over the decades, looters have stripped the vessel of its most valuable fittings, but the ship remains stubbornly intact.

An attraction for divers or curious kayakers, it has found a new role - a haven for fish and seabirds that have colonised its empty hatches.

The Captayannis was originally called Norden when it was launched in Denmark in 1946 but for locals it is now known as the "Sugar Boat" or "Sugar Ship".
In Helensburgh there's even a restaurant named after it. 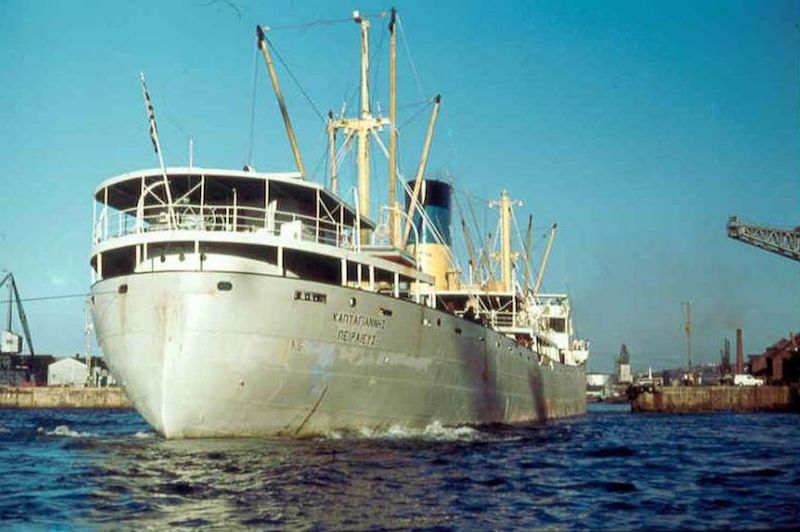 The elements are slowly eroding the Sugar Boat but for the foreseeable future, it remains as much a part of the Clyde landscape as the hills that surround it.