The Marshall Islands flagged livestock carrier MV Barkly Pearl, had sustained damage to its hull and was approximately 120 kilometres north of Geraldton when AMSA became involved.

Last night, AMSA tasked its Challenger search and rescue jet to fly over the vessel and it was able to confirm damage to the starboard side of the vessel, which was listing to port.

AMSA General Manager of Response Mark Morrow said there were significant concerns for the integrity of the vessel and its ability to safely reach Indonesia, its planned destination. 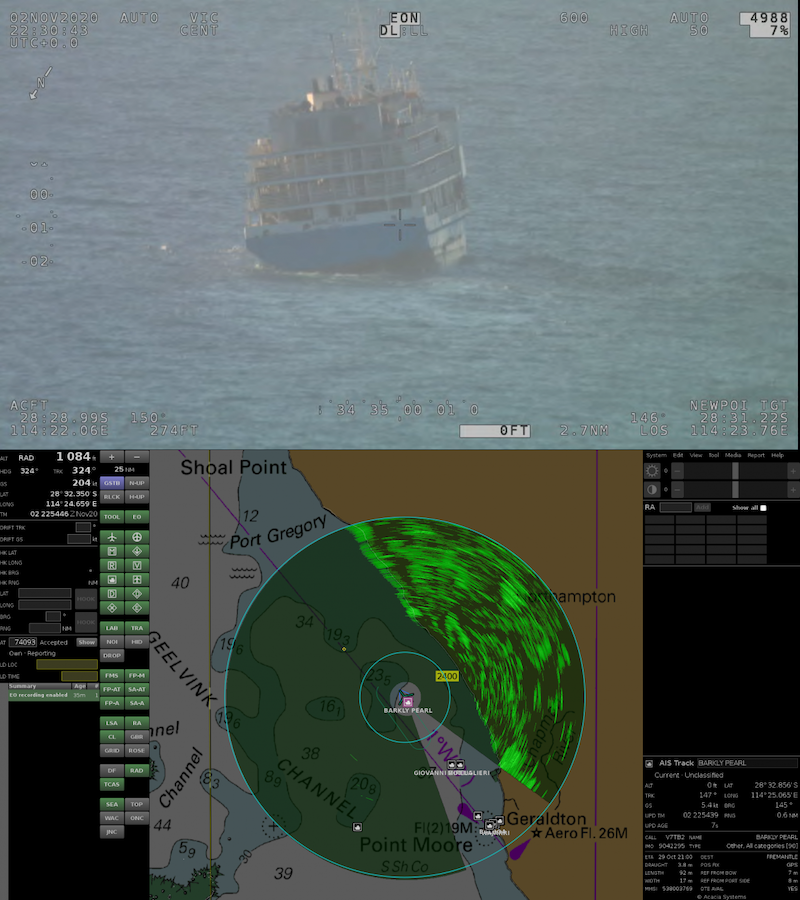 “We held concerns about the integrity of the vessel and the potential for environmental issues” said Mr Morrow. “As a result, AMSA issued a Direction for the vessel to make its way to safety in the Port of Geraldton.”

AMSA officials are currently working with Western Australian authorities to ensure that the vessel arrives safely in the Port of Geraldton safely. This includes managing any COVID risks on arrival in line with State protocols.