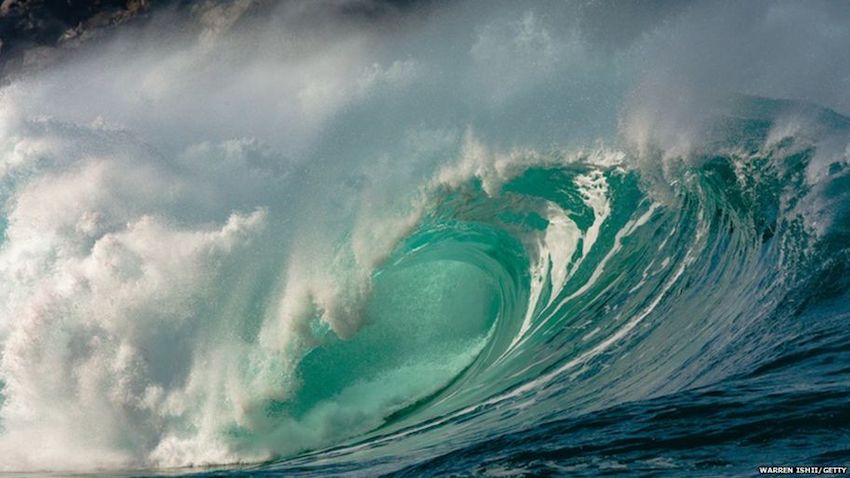 In November 2020, just off the coast of British Columbia in Canada, a huge wave was measured as being 17.6 meters (58ft) high, smashing all previous world records.

While the four-storey wall of water is impressively tall, what makes it special and a record-breaker is how big it was compared to others surrounding it.

Rogue waves, or extreme storm waves, are any waves that are more than twice the size of those around them, and this monster was almost three times as tall.

The US National Oceanic and Atmospheric Administration (NOAA) also says they're "very unpredictable, and often come unexpectedly from directions other than prevailing wind and waves."

You may have heard of another type of big wave called a tsunami, however rogue waves are not the same. Johannes Gemmrich, an expert on extreme storm waves at the University of Victoria in Canada explained: "Rogue waves are generated by wind, so they are just a rare occurrence of wind generated waves. Whereas a tsunami is generated most commonly by an earthquake, underwater earthquake, or as we've seen recently a volcano eruption

Rogue waves have been a thing of legend for centuries, cropping up in myths or sailor's stories. However, they were confirmed to be a real phenomenon in 1995, when the 'Draupner Wave', the first rogue wave ever recorded, was measured near Norway. It was 25.6 metres, just over twice the size of the average 12 metre waves surrounding it.

These massive waves are extremely rare, and having the opportunity to measure and analyse them is quite uncommon. MarineLabs, the company who recorded the record-breaking rogue wave, said that an event such as this one is only likely to happen about once every 1300 years.

But, some scientific research has found that wave heights could increase as a result of climate change, so there may be more of these extreme waves in the future.

How are they recorded ?
If you've ever been swimming in the sea, you'll have seen big colourful objects called buoys dotted around. They're often used to show how far out it's safe to swim from the shore.

But they can also have equipment attached to them in order to conduct scientific research in the ocean. MarineLabs has 26 buoys dotted around the seas near North America. They have sensors attached to them and so when they're lifted by a wave, they can report how high they go.