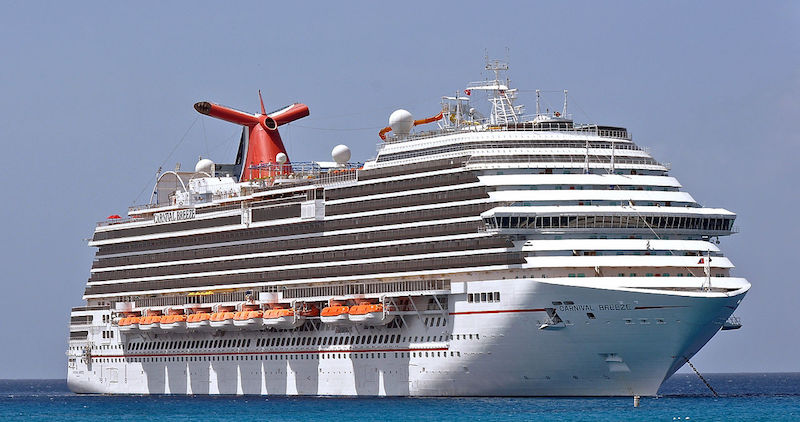 Carnival Corporation & plc., the world’s largest cruise company, suffered a multibillion-dollar loss in the quarter ended May 31, 2020, due to the suspension of cruise operations related to COVID-19.

U.S. GAAP net loss stood at $4.4 billion for the second quarter of 2020, representing a significant drop compared to U.S. GAAP net income of $451 million seen in the corresponding period a year earlier.

Adjusted net loss in the three-month period ended May 31, 2020, amounted to $2.38 billion, against adjusted net income of $457 million posted in the same quarter last year.

Total revenues for the second quarter of 2020 were $0.7 billion, lower than $4.8 billion in the prior year.

In mid-March, the company suspended its guest cruise operations in the face of the impact of the coronavirus. For the majority of the second quarter, Carnival’s cruise operations have been in a pause and many of its ships in prolonged layups.

Currently, 62 of the company’s ships are in their final expected pause locations. Carnival Corp. expects substantially all of its vessels to reach their full pause status during the third quarter. Once all ships are in paused status, the company estimates that its ongoing ship operating and administrative expenses will be approximately $250 million per month.

“As a result, the company is currently unable to provide an earnings forecast. The pause in guest operations is continuing to have material negative impacts on all aspects of the company’s business,” Carnival Corp. said. “The longer the pause in guest operations continues the greater the impact on the company’s liquidity and financial position. The company expects a net loss on both a U.S. GAAP and an adjusted basis for the second half of 2020.”

The company has taken a number of actions to reduce operating expenses, capital expenditures and improve its liquidity.

The second quarter 2020 ended with $7.6 billion of available liquidity, and the company expects to further enhance future liquidity, including through refinancing scheduled debt maturities. In addition, the company has $8.8 billion of committed export credit facilities that are available to fund ship deliveries originally planned through 2023.

Resumption of cruise operations & sale of ships
Carnival said it expects to resume guest operations, after collaboration with both government and health authorities, in a phased manner, with specific ships and brands returning to service over time. The company is working with medical policy experts and public health authorities to develop ‘enhanced’ procedures and protocols for health and safety onboard its ships. It is anticipated that initial sailings will be from a select number of easily accessible homeports.

“The company expects future capacity to be moderated by the phased re-entry of its ships, the removal of capacity from its fleet and delays in new ship deliveries,” Carnival Corp. explained.

As disclosed, the company intends to accelerate the removal of ships in fiscal 2020 which were previously expected to be sold over the coming years. The cruise company further said it already has preliminary agreements for the disposal of six vessels which are expected to leave the fleet in the next 90 days and is currently working toward additional agreements.

New ships
Carnival Corp. previously had four ships scheduled to be delivered between May and October 2020.

“The company believes COVID-19 has impacted shipyard operations and will result in delivery delays of the ships this year and is working with the shipyards on revised timing,” the cruise company noted. “The company has committed future financing, comprised of ship export credit facilities, associated with these newbuilds.”

A total of sixteen new ships are scheduled to be delivered to Carnival Corporation’s brands through 2025.