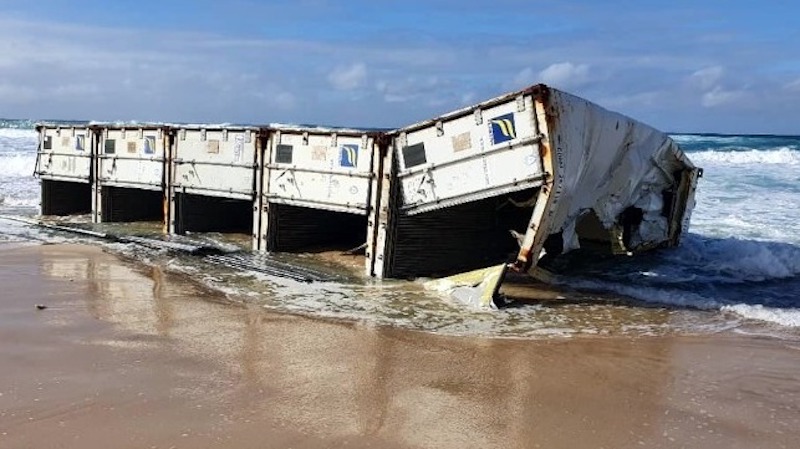 AMSA has issued a direction ordering the owner of APL England to search for missing containers that were lost from their vessel off New South Wales last month.

The direction also orders the owners to recover containers as agreed with AMSA.

AMSA has identified a priority search area of about 1000km2 stretching between the Illawarra and Sydney’s southern suburbs. Drift modelling and analysis of container sightings following the incident indicates that missing containers could be in this area at water depth of up to 200m. Containers within the search area pose the most immediate environmental threat and may present a safety hazard for commercial fishers.

AMSA General Manager Response Mark Morrow said 15 containers had been recovered from the shoreline or towed in after being spotted floating off the coast, but 35 containers were still missing.

“The owner’s and operator’s responsibility to clean-up the mess left behind by their ship does not end at the water’s edge,” Mr Morrow said.
“We have only just finished cleaning-up more than 60 containers and their contents from the seafloor off Newcastle after Yang Ming’s ship YM Efficiency lost containers back in June 2018.
“That is not a pollution legacy that any respectable ship owner or operator would want to leave behind in their wake.”
Mr Morrow said AMSA expected the owner and operator to respond to the direction with a detailed search plan in the coming days.
“Failure to comply with this direction constitutes an offence under Australian law,” Mr Morrow said.