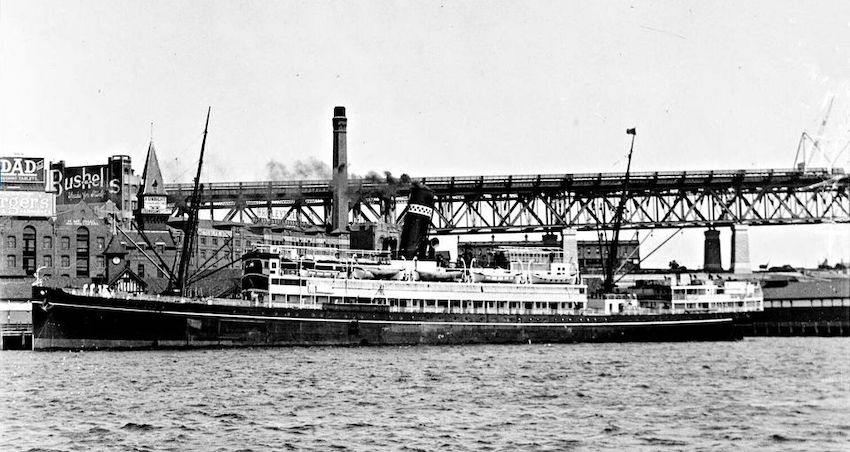 A good view of the Burns Philp passenger ship S.S. MARELLA at the Circular Quay West wharves in Sydney around 1930 with the still to be completed Sydney Harbour Bridge in the background.

She was built in 1916 in Germany for the Woermann Line. After the war she was given to the Australian Government for war losses.

In 1920 sold to the Burns Philp Co., renamed MARELLA and used on the Australia, Java, Singapore run. She had a couple of different owners post WW2 before being broken up c1955. (nla)