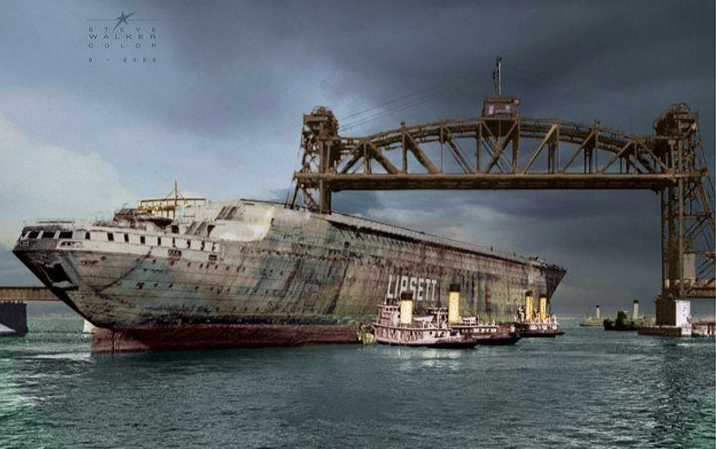 On November 28, 1946, the wreck of the capsized USS Lafayette (formerly CGT's Normandie) was towed to Newark, New Jersey, for demolition.

The huge, grey, water-logged, but still-sleek hull had been righted by the U.S. Navy at an estimated cost of $5 million, then sold in October as scrap to the Lipsett maritime salvage company for $161,680. The wreckers painted the name of their company in giant block letters on the sides of the dying legend, a garish but effective advertising gimmick.

The sale’s terms specified that the Blue Riband-winning ship was to be “completely scrapped, dismembered, dismantled or destroyed within the continent of the United States within eighteen months of delivery.”

The job of breaking up what many people, then and now, regard as the most beautiful ocean liner ever built, got underway the very next day.

The U.S. Government reportedly settled French claims arising from the seizure of the Normandie for $13.5 million, the equivalent of $206,316,000 in 2022 dollars.