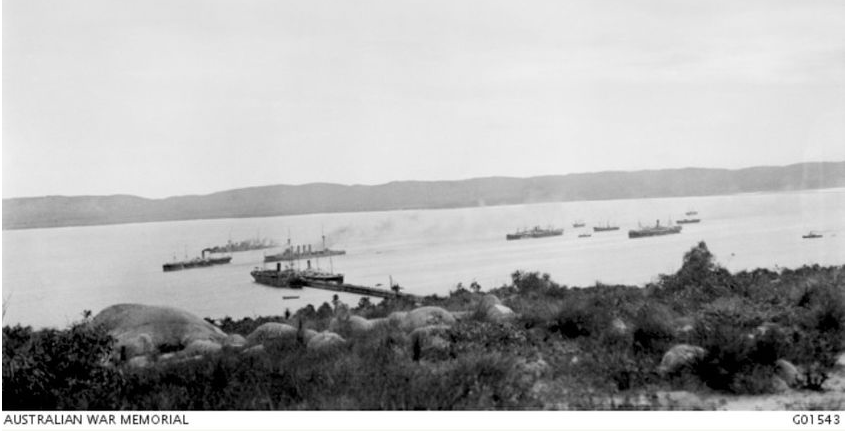 On 1 November 1914, 36 transport ships carrying the first contingents of the Australian Imperial Force and New Zealand Expeditionary Force sailed out from King George Sound in Albany, Western Australia. The transport vessels were guarded by the armoured cruiser HMS Minotaur, the cruisers MHAS Melbourne and HMAS Sydney, both Chatham-class light cruisers. The convoy was joined two days later by two more transport ships that had sailed from Fremantle, and their escort HIJMS Ibuki, a Japanese armoured cruiser.

The convoy was one of the great logistic feats performed by the governments of Australia and New Zealand. By 31 October 38 Australian troopships (two of which were left behind with mechanical issues) were in harbour at Albany; another two had already travelled to Fremantle and would depart from there. Ten transports from New Zealand had also arrived at Albany.

The Australian ships carried 20,000 men and women and the New Zealand ships carried 8,500; both countries also transported horses and equipment.