Ferdinand Magellan: Defying all Odds in a Voyage around the World 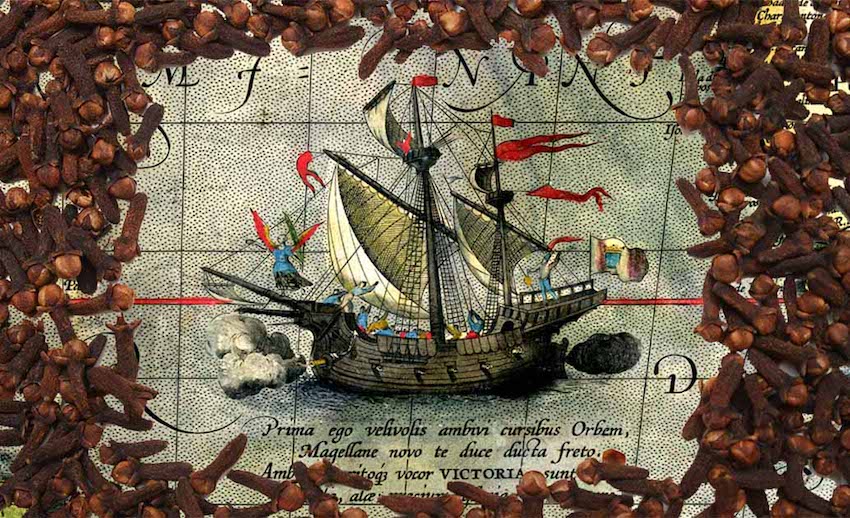 The historical figure Ferdinand Magellan was a Portuguese explorer who remains famous for the first circumnavigation of the earth, proving that the earth is round. However, the voyage was dogged by misfortune, storms and mutinies, and Magellan himself did not actually complete the trip.
In 1453, the death knell was sounded for the aging Byzantine Empire when its capital, Constantinople, fell to the Ottoman Turks under Mehmet II. One of the consequences of the rise of the Ottoman Empire was that European overland trade to Asia was now limited. Moreover, the exotic goods of the East were monopolized by Arab merchants, and were sold at extremely high prices to the Europeans. This contributed to the European Age of Discovery, as one of the goals of maritime exploration was the finding of an alternative route to the East.

In 1488, the Portuguese explorer Bartolomeu Diaz succeeded in reaching the Indian Ocean from the Atlantic by sailing around the southern tip of Africa. 10 years later, his compatriot Vasco da Gama followed Diaz’s route, and arrived in India.

Apart from the Portuguese, the Spanish also began exploring the oceans. Christopher Columbus, an Italian explorer serving the Spanish crown, believed that the East could be reached by sailing westwards. Although Columbus eventually ‘discovered’ the New World – in actual fact, other foreigners had been there before him – he insisted that it was part of the Asian continent. Columbus’ idea that the East could be reached by sailing west seemed far-fetched to many of his contemporaries. Yet, there were also those who were inspired by this outrageous notion. One of them was the Portuguese explorer Ferdinand Magellan, who made an attempt to reach Asia by sailing west 13 years after Columbus’ death.

Initially, Magellan served under the Portuguese crown. Later, however, he left Portugal and headed for Spain. On March 22, 1519, Magellan managed to convince the Spanish king Charles I to support his voyage to the Spice Islands. Magellan was provided with five ships for his voyage – the Trinidad, San Antonio , Conception, Victoria and Santiago . In addition, Magellan was also promised a fifth of the profits acquired through their looting and pillaging along the way.

According to the records written by Antonio Pigafetta, Magellan began his journey from Seville on August 10 of the same year. It was only later in September, however, that Magellan sailed from Sanlúcar de Barrameda, Spain, and entered the Atlantic. From there, Magellan set sail to Brazil, then a Portuguese colony, and entered the Rio de Janeiro (a river, not the city founded in 1565) on December 13. They stayed there until December 26 before setting sail again. From Brazil, Magellan and his men sailed southwards along the South American coast in search of the fabled passage that would lead them into Asia.

In March 1520, Magellan was forced to anchor for the winter at Port San Julian, off the coast of Patagonia in southern Argentina for the winter. During this time, a mutiny broke out, but Magellan managed to quell it by executing a mutinous captain, and leaving another mutinous captain behind. Around the same time, the Santiago was sent to scout the route ahead, though it was shipwrecked by a storm. The surviving crewmembers were rescued, and assigned to the remaining ships. Five months after anchoring at Port San Julian, Magellan continued his journey.

On October 21, 1520, the passage to the East was finally found, and it took Magellan 38 days to navigate this body of water before exiting the Atlantic, and entering the Pacific. During the early days of navigating this strait, the crew of the San Antonio forced its captain to abandon the expedition, and fled back to Spain. 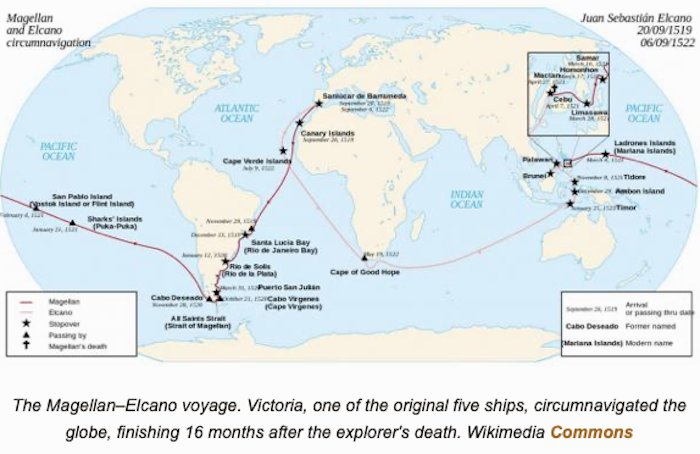 Following Magellan’s death, the two newly elected expedition leaders were betrayed and killed at a banquet hosted by a local king. Consequently, the task fell on Juan Sebastian Elcano’s shoulders to bring the men back to Spain via the Indian Ocean. As there were not enough men, Elcano decided to burn the Conception, so as to prevent in from falling into the hands of the natives. On their way home, the Trinidad was seized by the Portuguese, and the Victoria was the only ship that made it back to Spain. In all, only 18 of the original 270 men were remaining when they finally landed in Spain on September 6, 1522.