Viking Ships: More than Fearsome Weapons of the Open Seas 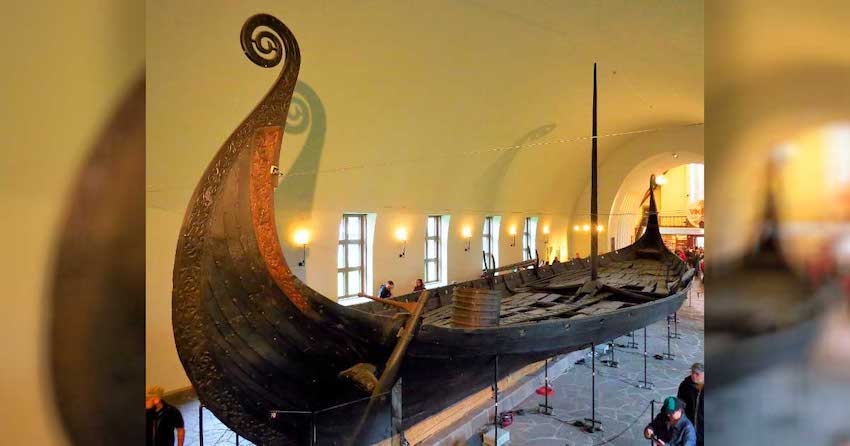 Few things struck fear into the hearts of medieval people more than the sight of a fleet of Viking ships sailing up the coast of their homelands. The Viking ship is iconic for its unique style, allowing it to both sail across the treacherous seas of Northern Europe , and row up the narrow rivers and tributaries in the lands of their victims. But Viking ships were not all the same. In fact, they varied quite a lot in style, design, and function. So let’s take a look at the different styles of longships.

What were Viking Longships
The first thing to note about Viking ships is that they had many different forms and functions: there were warships, merchant ships, and everyday ships. Some ships were multi-purpose, such as being used for both raiding and trading.
The longship first appeared around somewhere between the 9th and 13th centuries, the period when the Vikings were actively raiding Europe. They were both light and strong because the planks and frames were cleaved, meaning they followed the fibers of the tree. This meant the planks were very strong, as well as allowing for a reduction in their size to make the boat lighter.
Due to this, cleaved planks were an essential part of the Viking longship. The Vikings did not use saws to make planks in the Viking age, instead cutting down trees and dividing the trunk into smaller parts by repeatedly chopping it in half lengthways until left with separate planks. For this reason, the trees used needed to be tall, straight, and knot-free. As mentioned, this meant the planks were stronger and could be made smaller, resulting in a lighter boat.
A 1979 excavation of a longship in Hedeby revealed some remarkable wood. The local oak was cut from 300-year-old trees in lengths of over 10 meters without so much as a mark or a blemish.
This method of Viking shipbuilding was derived from the earlier Nordic clinker-boats, built using the same technique. These boats were developed several hundred years before Viking ships. On the clinker-boats, the overlap between two boards acted as a strengthening element in the hull, allowing for a greater distance between the frames. There were a few important improvements, however, that made Viking longships even more effective.

The difference between Viking Longships and Nordic clinker-boats
Firstly, they added support for the mast of the ship that began immediately above the keel (the backbone of the ship that runs longitudinally along the center of its bottom). This was done using a big block of timber known as a ‘kjerringa’ or keelson. This keelson might span up to four ribs, and was fixed with treenails (hard wooden pins used for fastening timber). The primary function of this was to evenly spread the weight of the mast and the strain caused when under sail. The keelson also had a vertical arm attached to it that supported the mast until it reached deck level, where the mast was supported by yet another block of timber that was slotted into it like a fork. This development allowed the Vikings to build ships that could not only be used on rivers but also on stormy seas.
Another crucial element to the Viking longship was the stem. This was the upright timber at the front of the vessel. It is probably also the most iconic part of the ship. The streamlined hull tapered off into the narrow, elegant fore and aft stems. Stepped stems are also where we see the clearest impact of the Viking age on Scandinavian shipbuilding. These stems were made from a single piece of timber, and they were carved in a way that created the illusion that the strakes (planks) all ran seamlessly into the stem top, creating a sleek look. This made for a streamlined hull that seems to be a major reason for the speed and sailing capabilities of these ships.
Meanwhile, the sail of the Viking longship allowed it to cover great distances over the open sea. Varied sails on different styles of Viking ships called for different materials, with flax and wool being the main two materials used. Flax, a plant fiber, makes for a light but strong sail. On the other hand, flax is very hard to work with and it also rots easily. Wool, meanwhile, is heavier and more elastic, but it doesn’t rot. It is, however, harder to treat and seal.

What type of ships have been found?
In terms of the different types of ships found, there have been small levy vessels of up to 20 rowing benches that were maintained by local communities for royal service when the king called upon them. There were also standard warships with up to 30 rowing benches, most likely the possessions of earls and kings, with incredible craftsmanship and intricate detailing. These ships have only really been dated to the late Viking age and were referred to as ‘drekar’ or dragons, probably due to the intricately carved beasts on their prowls.
The earliest and most simple designs were known as ‘karvi’, and used between 6 and 16 rowing benches. They were excellent for both raiding and trading and were frequently used for both. The earliest Viking raids were likely conducted using these. The biggest longships used in warfare were known as ‘snekkja’, which means ‘thin and projecting’. These had a minimum of 20 rowing benches.
The design of all these ships is quite extreme, with a length-breadth ratio of over 6:1 and a shallow draft. The ships were incredibly unique for their time, but this made them perfect for raiding. The ships could easily land on any beach as well as navigate up almost any river or tributary, something no other sea-faring ships could do. If it weren’t for the development of the longship, it is likely the Viking age would never have even happened.