Mystery and Terror upon the High Seas - An Icy Demise 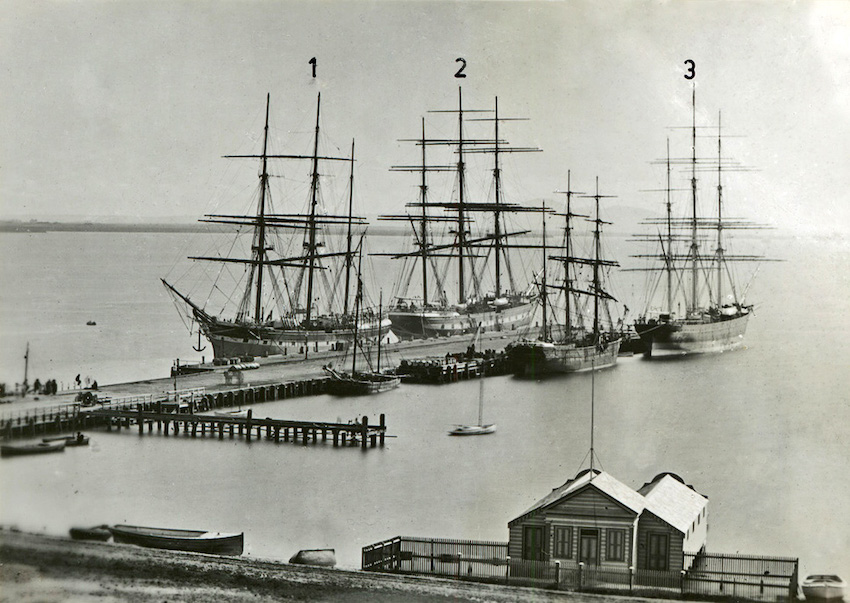 The disappearance of the fastest iron-hulled wool-clipper in the world.

On March 25th 1881 the 1657-ton wool clipper arrived from London. Commanded by Captain Alexander Scott the ship’s hold had been filled with thousands of bales of Australian wool. Having made the London wool sale the ship was now back docked at Broomielaw, Glasgow awaiting an outbound cargo.
Captain Scott had received word that his father had died whilst he was away and his mother was dying. He rushed home just in time to attend her funeral.
Back in Glasgow the first mate Charles Brandt was on hand to oversee the loading of the ship.

With the Loch Maree scheduled to sail from Glasgow on May 5th, Alex had but a fortnight to spend with his wife Kate at home in Gourock. The couple had been married for over a decade but did not have any children of their own, two sons and a daughter had died in infancy. Their two-story, portico fronted home overlooked West Bay and allowed Kate to view the Holy Loch and vessels sailing into the Tail-of-the-Bank anchorage.

May 5th dawned cold and blustery as the motor(???) launch puttered its way out through dozens of moored vessels to the waiting Loch Maree. Aboard was Captain Scott, William McDonald, two newly indentured apprentices, Jonas Mitchell and Alex Robertson, and two burly police constables. As it approached the gangway the launch was greeted by Charlie Brandt and second officer Charles Pedon. Standing between the two was a bloodied and bruised former ships cook, Donald McIntosh. The man was shackled in irons awaiting arrest and removal from the ship. Scott had no time for mutinous behaviour and was quick to have the recalcitrant McIntosh sent ashore to prison for assaulting a ship’s officer, mutinous behaviour and refusing duty.

The Loch Maree arrived off Port Phillip Heads, 71 days from Rockabill Light, soon after her cargo was unloaded and most of the crew jumped ship. They were hunted down by first mate Charlie Brandt, but most managed to slip away. The ship was then shifted across to Geelong’s Yarra Street Wharf to take on a load of wool for London.

A cold and frosty dawn greeted the crew of the Loch Maree as they were towed out through the Heads at 6:00 am on Saturday, October 29th 1881, with a crew of 32 men and boys aboard. Pushed along by a warm and freshening northerly she made her number to Cape Schanck lighthouse at 8:00 am, and by 2:00 pm they were off Cape Liptrap. Late in the afternoon with all plain sails set the clipper fell in with a small barque. She proved to be the Don Diego on her way east to Port Chalmers. Scott ordered signals sent up asking the master of the barque to report them ‘All well!’. The request was acknowledged with a dipping of her ensign as the vessels passed within a few hundred yards of each other. The little clippers master Captain Murdoch waved his cap in a jaunty farewell to the much larger Loch Maree as she glided by. This was the last reported sighting of the Loch Maree as she sailed into the murky gloom.

Captain James G. Cole master of the Mermerus was called on deck by the ship’s lookout the Mermerus began to sail through a debris field made up of smashed timbers and other flotsam and debris. Cole was soon at the poop rail ordering several men to try to jag some of the pieces with grapples. Pieces of clothing, sailcloth, barrel stays, a wine cask, pieces of a freshly painted steel grey bulwark, a ship's bucket, bucket rack, and galley rail, the last three all of teak, were also sighed. The fire bucket was jagged up and brought aboard. Interestingly it sported a partial stamp of the Glasgow Shipping Co. The field of debris stretched away in an almost straight line to leeward of an enormous iceberg.