To Keep Troop Morale High During WWII, The British Built A Floating Brewery. 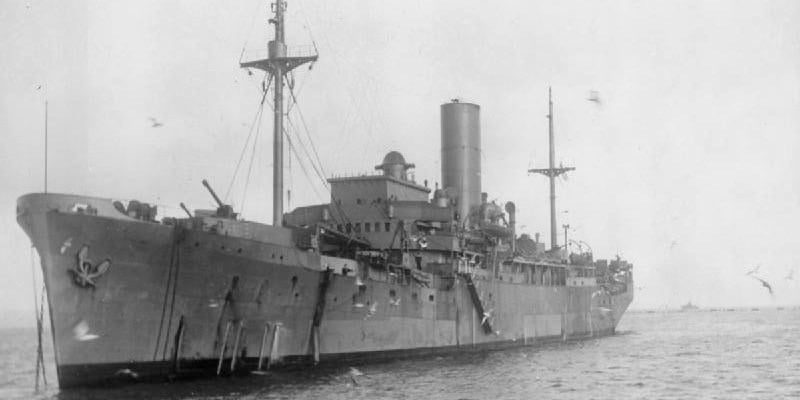 The problem was that for soldiers stationed in the Pacific, the beer was pretty terrible. This was true for two main reasons: the first was that our British and American beer didn't travel all that well. , meaning that by the time they finally arrived at the base, they were pretty skunked and often tasted quite rancid. The second reason was that there weren’t many local options. The country we were fighting, Japan, wasn’t really making beer, and as for sake, the Japanese had either converted those breweries into munitions factories, or were giving what was left to their Kamikaze pilots.

The original plan was for the British Navy to build ten of these ships and station them across the Pacific, allowing them to supply allied troops with all the sudsy sustenance they desired. To build these floating breweries, the British converted old mine-laying ships, outfitting the hulls with a 55-barrel capacity brewing pot.

The brewing pot was heated with steam coils powered by the ship’s boiler, and six glass lined fermenting vessels, capable of churning out 250 barrels of beer a week. In the end however, only two of these ships came to fruition, as the war ended before production was even able to begin on the other eight.

Although the war was over shortly after the HMS Menestheus’s arrival, allied troops still remained and the beer they were drinking was still terrible, so the ship began its critical role of supplying those troops with palatable beer. During its time in the Pacific the HMS Menestheus visited the ports of Yokohama, Kure, Shanghai and Hong Kong, brewing a mild ale that was served slightly chilled.

Reports from soldiers who consumed it at the time were that the beer was absolutely delicious, especially when compared to what they had been drinking before. Who knows, had the brewery ships come to fruition earlier in the campaign, both sides might have decided to simply work out their differences over a delicious pint.