Twice a Trooper - Memories of the RMS Ormonde. 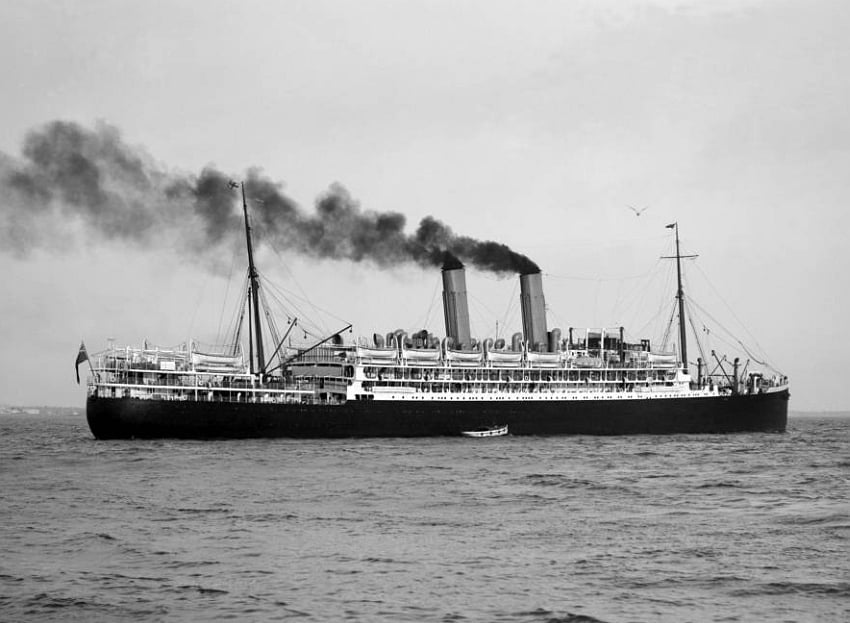 Her keel was laid as Yard Number 425 at the John Brown & Co Ltd, shipyard on Clydebank. She was to be the first Orient Liner with a cruiser stern, and the first to be fitted with geared turbines for her main propulsion - but sadly, due to war, it was to be a full five years before she sailed to Brisbane as a main line passenger ship.

With war imminent, construction was halted in August 1914. Then, in October 1917, she was officially requisitioned as a Troop Transport, and a month later, on 3rd November 1917, with spartan accommodation, she was placed under the command of Commander Baynham RNR, arriving Sydney on 14th February 1918, where she embarked Australian troops and sailed for Port Said, Egypt. 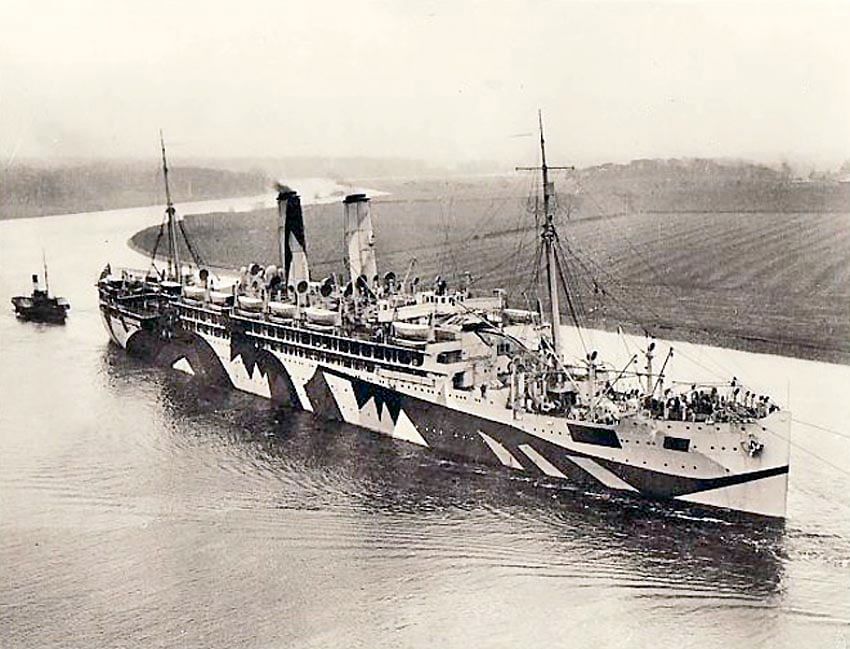 On 1st May 1919, her trooping duties completed, she returned to John Brown’s and was refurbished as a passengers liner, departing on her first commercial 'Maiden Voyage' on 15th November 1919, from London Tilbury to Brisbane.

In 1922, the Orient Line commenced cruising to Norway, which proved to be very successful for the Ormonde.

In 1933, she was given a refit and converted to One Class, with accommodation for 770 Tourist Class passengers.

At the outbreak of World War Two in 1939, she was once again called upon by the Admiralty, who requisitioned her as a troop transport, with berths for 1,560 troops.

Having steamed over 300,000 miles and transported more than 120,000 troops, she was released from government service, heading for the Cammell Laird shipyards at Birkenhead in April 1947.

She was then chartered by the British Ministry of Transport on the government-supported emigrant scheme to Australia, with a capacity of 1,052 One Class passengers, departing Tilbury on 10th October 1947, following a £270,000 refit.

In March 1950, Ormonde was chartered by the Dutch government to evacuate Dutch citizens from Indonesia. Then, in November, she headed for Wellington to embark New Zealand troops bound for the Korean War.

On 5th December 1952 she was sent for scrapping at Troon, which was carried out by the West of Scotland Ship Breaking Co Ltd, completing on 5th May the following year, thereby ending her long and remarkable career, only a few miles from where it began 35 years previously.