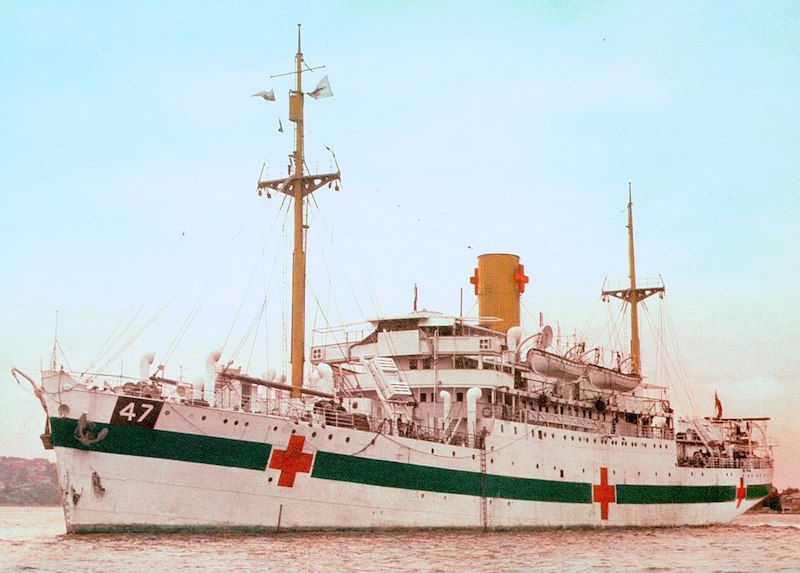 Ownership WW2 hospital ships was divided: Australia 2 Britain 1 and the Netherlands 3. After Japan invaded the Dutch East Indies, three Dutch vessels were handed to Australia for operations. These included the Oranje, Tasman and Maetsuycker converted for use as hospital ships.

ABOVE    • Centaur (built 1924) converted to a hospital ship in 1943. Centaur departed Sydney and was torpedoed northeast of Brisbane by the Japanese submarine I-177. No wounded were on board but of the 332 aboard, just 64 survived.

BELOW • Manunda (built 1929) Requisitioned as a hospital ship in July 1940. Between November 1940 and September 1941 Manunda completed four round trips to the Middle East. Then in January 1942 she left Sydney’s Darling Harbour for Darwin. On 23 February Japanese aircraft attacked Darwin, sinking many ships and damaging the clearly marked hospital ship, killing 11. With only one main engine operating and no compass Manunda sailed to Fremantle with the seriously injured. Manunda repaired and sent to Milne Bay in eastern New Guinea when Japanese forces invaded. She remained in the vicinity until the Japanese retreat on 7 September 1942. Manunda carried more than 30,000 casualties safely home and repatriated Australian ex-Prisoners of War from Changi camp to Australia. On 2 April 1948 Manunda returned to commercial passenger work for her owners Adelaide Steamship Co. She was scrapped in Japan in 1957 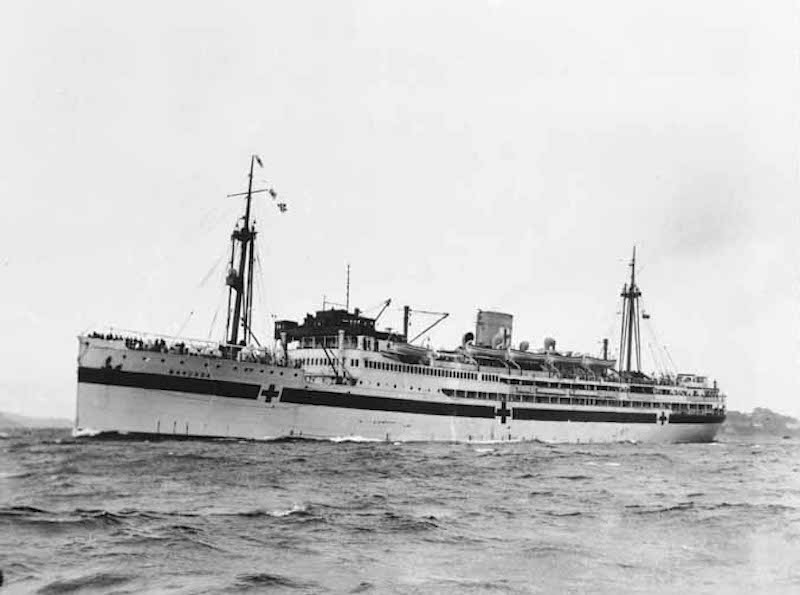 BELOW • Wanganella converted to a hospital ship May 1941 sailed to Singapore in July 1941 then to Suez to collect wounded for return to Sydney and Brisbane. After two more voyages to the Middle East the ship was ordered to Port Moresby in May 1942 to collect injured for return to Australia. Her 13th voyage was from Sydney in March 1944 for Bombay where the British ammunition ship Fort Stikine exploded on 14 April 1944. The surrounding damage was immense and 3000 people died. Wanganella’s medical team and crew worked around the clock helping the many locals injured. After Italy surrendered Wanganella was sent to Taranto to collect New Zealand Forces patients, then made voyages to Darwin, Torokina, the Solomon Islands, Bougainville and Morotai where she collected ex POWs and civilian internees. Three more round trips to the New Guinea area followed before Wanganella was returned to commercial use in December 1946. During her period as HMAHS she travelled 251,611 nautical miles and carried 13,389 patients. She was scrapped in 1970. 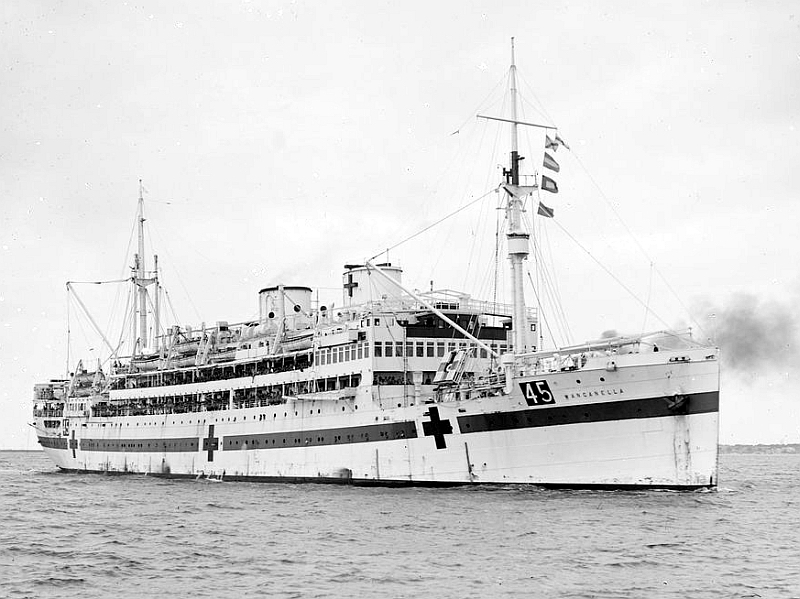