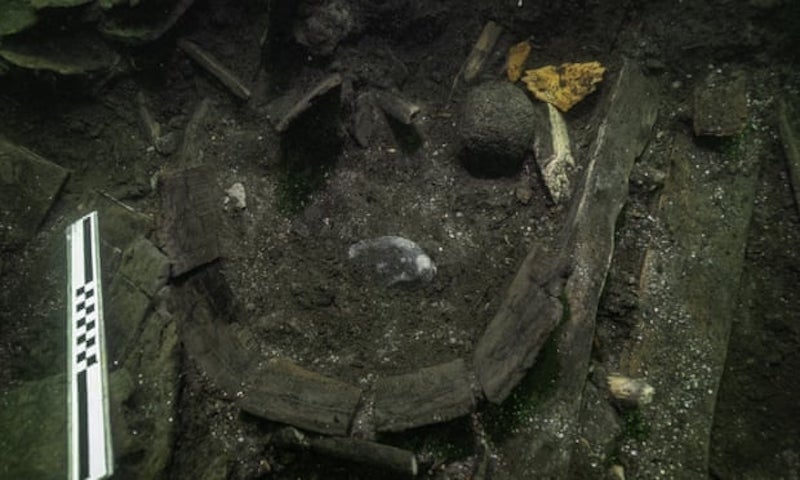 A two-metre-long sturgeon, a species today near extinction, has been found preserved in the pantry of a 500-year-old Danish royal shipwreck in the Baltic Sea.

“During archaeological excavations in 2019, a wooden barrel submerged inside the shipwreck revealed the almost complete and well-preserved remains of a sturgeon fish,” archaeologists from Lund University in Sweden wrote in a recent article in the Journal of Archeological Science.

The discovery was possible thanks to the special characteristics of the Baltic, a semi-closed sea with low oxygen levels.

“The wreck is in such good condition because of the strange Baltic environment. The low salinity here is unsuited for shipworm, which eat wood in the world’s ocean system. The sea floor is a fine clay, ideal for preserving organic material, and low dissolved oxygen levels further contribute to preservation of organics,” said Brendan Foley of Lund University, who supervised the excavations.

Denmark’s King Hans sailed to Sweden in 1495 on his best vessel, the Gribshunden, the most imposing warship in the region, with the aim of restoring a union of the three Scandinavian countries under his crown.

“We interpret the fish not so much as a gift but as a prestige display,” Foley said. “One possible interpretation, and the one we like best considering the political nature of the entire voyage, is that it is part of Hans’ effort to subtly influence the Swedish nobles to join the Nordic union,” he suggested.

But the ship sank, along with its precious cargo and part of its crew, off the coast of Ronneby, a town that now belongs to Sweden but at the time was part of Denmark. Hans was not onboard at the time.

“The loss of the ship had to be a terrific blow to Hans’ prestige, and must also have materially affected his political and military strength,” Foley said.

The union of the three countries did go ahead several years later. It was dissolved when Sweden seceded in 1523.