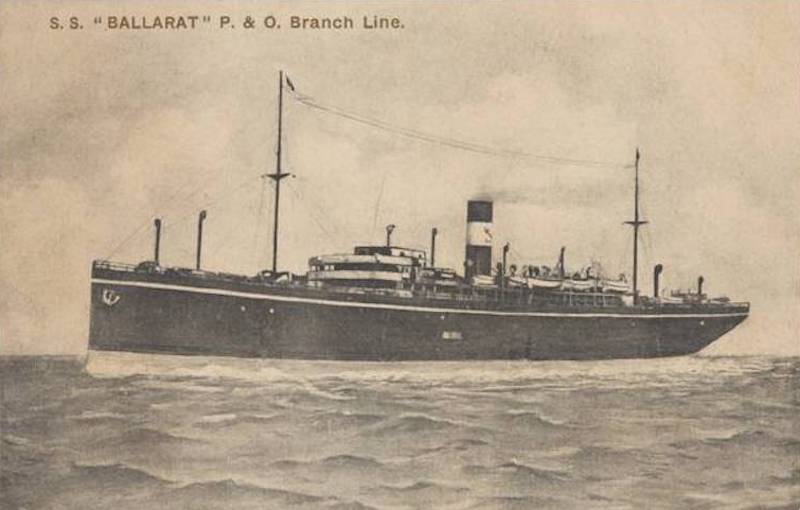 SS Ballarat was a passenger liner built in 1911 in Scotland by Caird & Company. Prior to the war she was used to transport emigrants from the UK to Australia but in 1914 the British government requisitioned her for war service. Ballarat initially served as an Indian transport vessel before becoming a troopship, carrying Australian troops.

In February 1917, Ballarat left Melbourne on passage to Devonport with 1,602 Australian troops (reinforcements from Victoria for the 2nd and 4th Australian Brigades) and a general cargo which included copper and bullion. This was the ship’s thirteenth voyage, which caused concern amongst some of the troops.

By April, the ship was approaching the end of its voyage. On the 25th, as Ballarat steamed into the English Channel, the Australian officers arranged a memorial service to commemorate Anzac Day.  At 2pm, as preparations were underway, a massive explosion tore a hole in the starboard side of the ship and Ballarat started taking water instantly. Despite a number of lookouts and an escorting destroyer, nobody had seen the U-boat UB-32 approach and fire a torpedo. 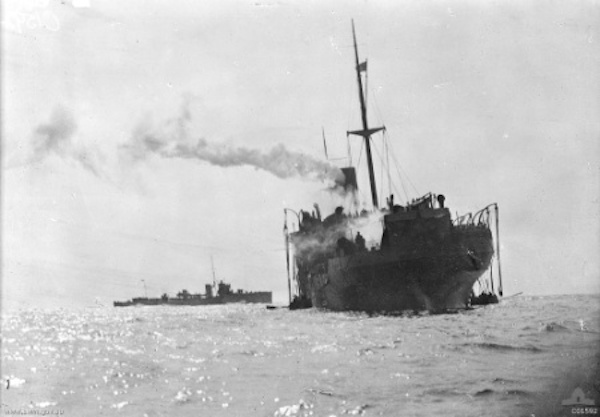 Vessels were summoned to take the Australian soldiers and crew off the sinking liner and within an hour all of them had been safely rescued. Ballarat was taken in tow and hopes were high that she might be saved, but in the early hours of the next morning she sank approximately 9 miles south of the Lizard Point.

The captain of Ballarat, Commander G. W. Cockman, R.N.R., D.S.O., received the congratulations of the Admiralty and the Australian troops were congratulated by the King.

Today the remains of the Ballarat lie in approximately 80 metres of water off the Cornish coast.