Skeletons of victims of the Mary Rose could be put back together for the first time since the Tudor warship sank after scientists digitised the human remains.

More than 10,000 individual bones were found in the shipwreck off the coast of Portsmouth during excavation between 1979 and 1982, but so far, only 92 skeletons have so far been assembled.

Now the Mary Rose Trust and Swansea University have launched a project to take detailed scans of the bones and make them available to researchers – and some to the public – in the hope that more individuals will be found and more details about their lives uncovered.

The team has already discovered a carpenter, the cook, a gunner as well as several officers and archers. But they are still looking for central characters of the ship’ crew, such as the captain, the surgeon, and the bosun. 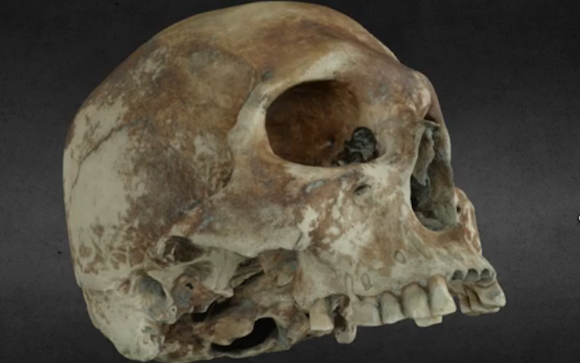 So far 10 skulls have been photographed using a special technique known as photogrammetry and are released online today to check that the images are good enough to be used for research. The goal is to create a virtual library of bones which can be manipulated and even printed out, so that people across the globe could try and put them back together, like a giant jigsaw.

Dr Alex Hildred, Head of Research and Curator of Human Remains at The Mary Rose Trust, said: “There is more that can be done with the excess bones, but that means touching them all and getting them out of the boxes and it’s a huge undertaking and all the problems with contamination, holding things and breathing on them and breaking them.

“So this is where virtual handling might help to reveal some of these people. If you get lots of people looking at these photogrammetry images and looking at bones you can compare them all really quickly whereas if you’ve got all the bones laid out in a room you have to get one found over here and see if it matches with one found over there and it takes a lot of time.

“If you have a bone you can magnify and turn around and look at really well, virtually, you would be able to look at this tiny little evidence of things like scurvy and anaemia and infectious diseases. So there is a lot more that can be got.

“We  hope to have a virtual population that people can interact with online and that researchers hopefully will be able to help us rebuild more complete individuals. We would like to get more individuals certainly.”

Dr Hildred said digitising the remains could help work out how to assemble bodies which are missing crucial bones. In some trenches six skulls and six bodies were found together, yet because the upper vertebra, which joins the spine to the skull, was lost or damaged it was impossible to work out which heads went with which body.
But she believes researchers could solve the problem using digital methods.
“By looking at the existing vertebrae and trying to think about what the next one looks like, your could print them out to see if the skulls could fit. So I think that could be one of the most exciting things,” she added.

The Mary Rose, which was the pride of Henry VIII's battle fleet, sank in the Third French War on July 19, 1545 with the loss of nearly 500 men - and the ship's dog.  The King is said to have watched horror-stricken as she went down.

Her remains were discovered on the seabed in 1971, persevered as a time-capsule of daily life in Tudor England. She was raised in 1982 and in the course of nearly 30,000 dives archaeologists salvaged around 19,000 artefacts from the site. 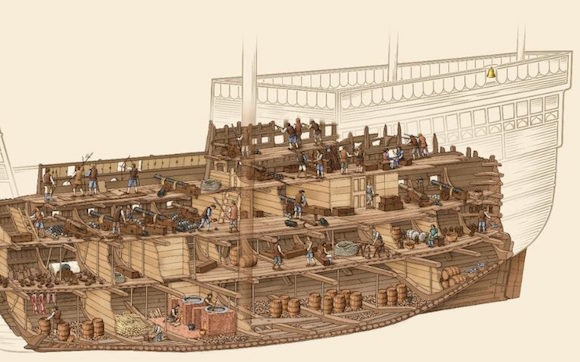 For more than 20 years the timbers of the ship needed to be sprayed with water and wax constantly to prevent them rotting but in 2013 the ship was enclosed and dried and the ship now rests in a climatically controlled box. 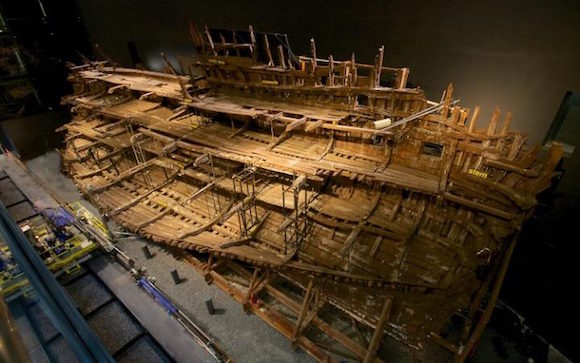 The new project uses one of the most advanced cameras in the world to take 120 quality images of the bones, from various angles which are then stitched tougher using 3D software, to create an image which can be manipulated, magnified and even printed out.

Dr Richard Johnson, a material scientists and engineer from Swansea University said: “Lots of museums around the world are creating digital collections and the idea behind that is creating a digital copy of something, it’s not with the end view of its use for research.“We have taken the other view that we want to challenge the scientific community to see if they can do osteoarchaeolgical analysis.
“There is a dismissive nature that you really need to hold the skeleton to do proper research. Well you don’t need to, you can tell a lot from digital images.”

Research-grade images of the carpenter’s skull and his possession have also been made available to the public for the first time today at www.virtualtudors.org so that amateurs can also get involved in the project.

Nick Owen a Biomechanist from Swansea University added: “We don’t know what we will get back. “It might be that somebody in Arizona has got a hidden speciality and they say, ‘do you realise this person has got such and such’ it would be very nice if that happened.”

The new project was launched ahead of the British Science Festival in Swansea.