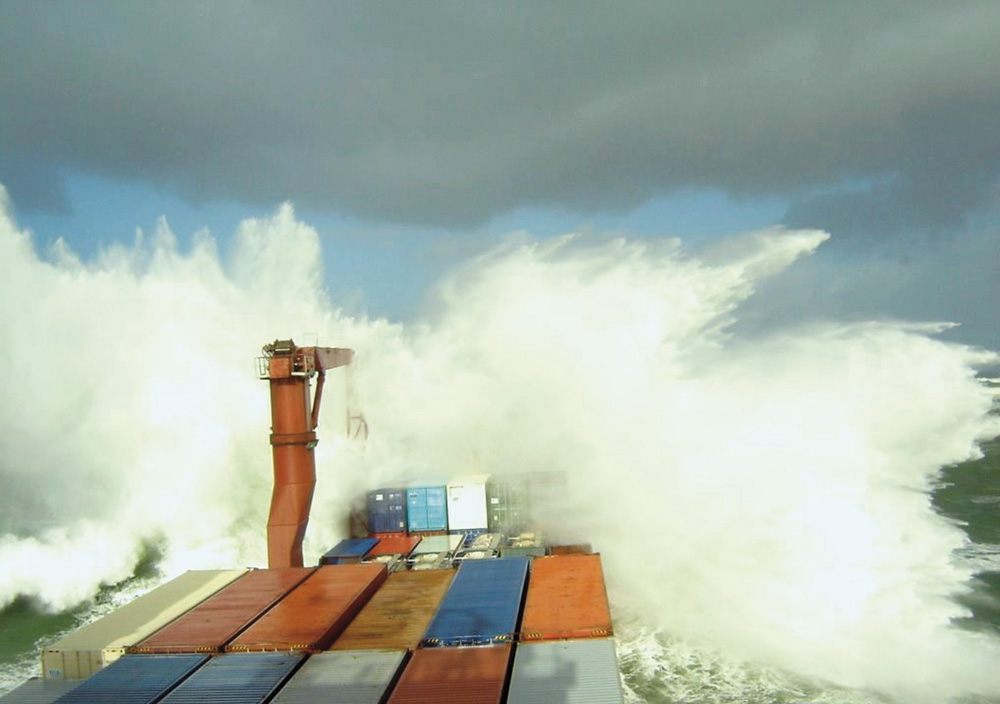 Under severe weather conditions in the open sea, good seamanship dictates either run for it and hope to escape the worst and most certainly for North Pacific Typhoons that is by far and away the primary consideration. But in the worst case scenario, then its back to that hoary old Hollander's (Buys-Ballot) Laws of TRS's and heave to and hope for the best or tryto get to the navigable semi-circle. However closer to land, it is far more preferable where possible to seek some snug sheltered bay or inlet and avoid the meteorological mayhem raging outside in open waters. The China Coast is well known for its numerous natural typhoon shelters for shipping seeking a lee from the worst of all storms experienced at sea. But in days gone by (in fact 50 years ago!) the Peoples Republic of China (PRC) in their bloody minded wisdom, simply refused to allow any vessel, however small, unless of course it was one of their own, into these safe havens. Many times I have seen not only ships but small Japanese and Korean fishing vessels steam more than 1000 miles to the north to try and escape such weather, when safe anchorages lay within a few hours steaming. Bitter recriminations to ships' agents at the various ports invariably fell on deaf ears and advice as to the traditional, longstanding international practice were studiously ignored in their own inscrutable way.

Fortunately this only related to the China coast and on the other side of the world, it was of course a different story altogether as it should be. Half a century ago (and swing that lamp!) when I was on a small ship in the short sea trade (Ireland-S.Wales-Portugal-Spain), we had our fair share of bad weather and in such small vessels, to get in and out of your weather deck cabins safely, our course had to be altered as much as 90 degrees to provide some sort of a lee. As our outward and home ward bound courses were roughly north or south, invariably the bad weather would be beam on and heavy going for a small, loaded vessel and shipping green seas. On a few occasions when we were getting battered and going nowhere fast, we would anchor in the lee of Lundy Island ( entrance to the Bristol Channel) in westerly gales in company with assorted other vessels, all huddled together like sheltering birds of passage from the storm and I guess in a very real sense that is precisely what we all were. Another occasion saw us fully loaded with pyrites anchored in the lee of the Burlings( Ilhas Berlenga), which you may recall are a group of small islets just off the west coast of Portugal, in company with a dozen or so local fishing vessels. Incidentally this was the place where the RMS 'Highland Piper' ran aground in 1928 in fog and the Master on his last trip after 52 blameless years of service-what a cruel irony!

Yet another safe haven was in Corcubion just inside of Cape Finisterre and approaching it under really bad weather conditions was indeed, at least for the first time anyway, a hair raising experience with 500 metre high forbidding, granite cliffs and the sea piled up in the narrow entrance and very confused. But once inside,that circular inlet it was as though the mayhem outside did not exist, since it was dead calm and completely sheltered from the elements. A necessary feature of this trade was the need for regular weather reports and predictably, the BBC provided an excellent service and what was always widely appreciated were the opening and closing remarks by the broadcaster. He would always preface his forecasts to mariners and fishermen by saying ' Good evening gentlemen!'and close it by 'safe sailing to all those out there at sea'; he always gave the impression that although we were out of sight we were not out of mind!

But to go from the sublime to the gorblimey, was the sexy voiced girl from Lisbon Radio located on Cape Roca, the westernmost point on the European continent and in all the trips I did down there , not once did she report winds other than light airs and breezes. She was a standing joke among the regular traders such as MacAndrews, GSN and not forgetting the Shamrock Shipping Company! The last time I heard her was when hove to in a howling westerly gale, a couple of miles off the the entrance to the river Tagus to Lisbon waiting to enter and there was this seductive siren at least three miles away telling all and sundry that wetherwise, it was blue skies and all things bright and beautiful!. On reflection, over the years big ocean going ships have passed all these safe anchorages and would only consider them as convenient navigational waypoints and not for one moment contemplate anchoring there and if the worst came to the worst, would probably heave to. But as they always say you live and learn and I must say that the short sea trade sailorswere certainly very knowledgeable when it came to there own backyard and those whiskey (i.e.Irish of course!) galore shipmasters that I sailed with were clearly no exception! Diverging a little, many years ago in preparatory discussions to re-admit the MMAT to the CMMA, I was a bit bemused to hear one of the Company of Master Mariners interstate leading lights (who shall remain nameless) loudly protesting the admission of what he regarded as inferior professionals such as Master Class 2, the old UK Home Trade Master and incredibly, foreign certificates issued by traditional North European maritime nations.
His ignorance was only compounded, I thought anyway, by his delusions of professional grandeur, but which was made all the worse by the little known fact that he had never ever been in command, yet in his shore job rigidly insisted on being addressed as Captain. As a footnote, members may not know, that long acceptance of foreign certificates (not mickey mouse ones) by our Association, was the primary cause of our going our own way and parting from the CMMA some thirty odd years ago!
But that is nothing to do with sheltering from the elements but a lot to do with professionalism and good seamanship by very knowledgeable Master Mariners, who according to the idiot referred to, were second best mariners- enough said.

by Maurie Brahan via Alan Pearson.