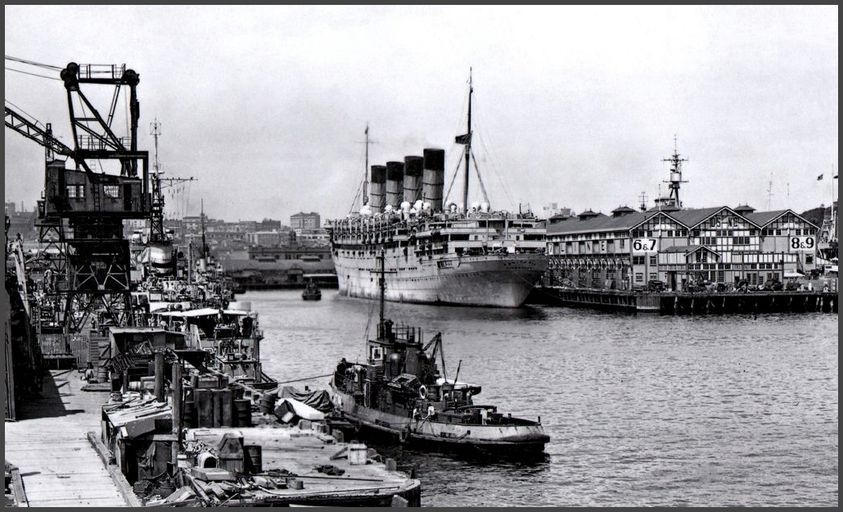 The Cunard White Star liner AQUITANIA as a troopship at Woolloomooloo, Sydney in December 1945.

She had arrived on 28th November with over 4,000 servicemen onboard including Australians returning from Britain and left on the 10th December with a similar number of returning British troops and civilians.

AQUITANIA had only a few years of post war service before being sent to Scotland in 1950 for breaking up. In her 36 years, she had steamed some 3 million miles and carried over 1.2 million passengers.