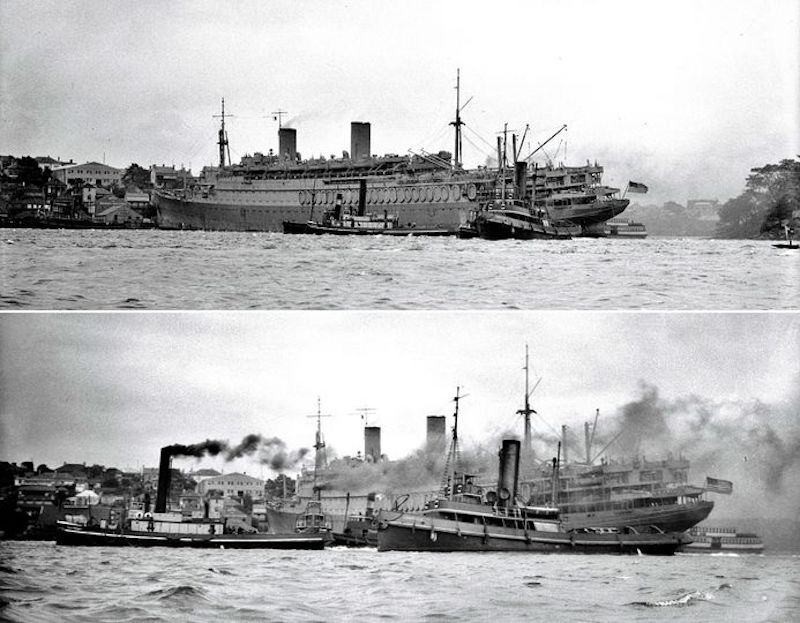 The US Transport MOUNT VERNON (AP-22) aground at Balmain, Sydney during her arrival from Auckland on 12 October 1942. She was pulled clear by tugs the same day with no apparent damage.

Built as the luxury liner SS WASHINGTON she entered service with the United States Lines in 1933. Acquired by the US Navy in June 1941, MOUNT VERNON transported British reinforcements and Hurricane fighters to Singapore in January 1942. A few months later in March she transported over 4,000 Australian troops from Middle East to Australia.

Following the war she had a short period back in commercial service between 1947 and 1951 before being laid up for over a decade until broken up in 1965.