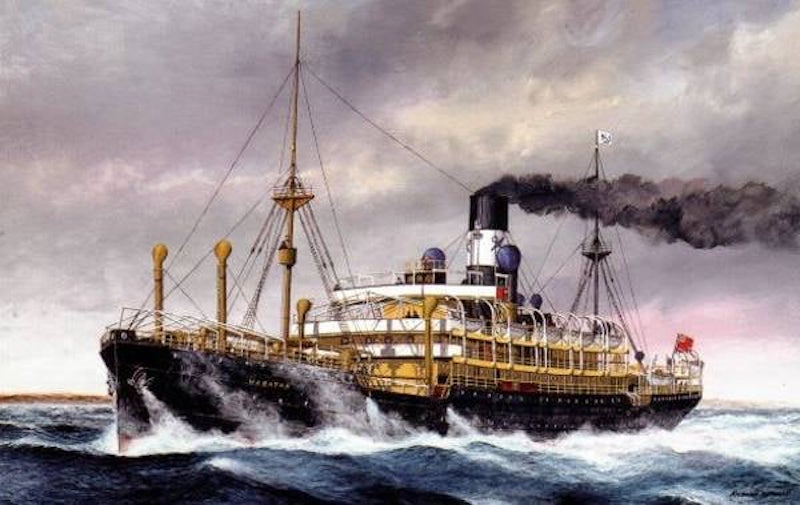 The P&O company purchased four ships from the Blue Anchor Line in February 1910, for a rock bottom £275,000, when the company went into liquidation after losing their flag ship Waratah with, all souls in July 1909 - she simply vanished without trace off the South African coast.......

The Blue Anchor Line had been created in 1869 by the Danish born shipowner William Lund, and was well known in Australia as it transported emigrants there from England, via South African ports - a lucrative trade that P&O's directors were eager to enter.

With the purchase completed, P&O immediately set about ordering five new ships to join the four just purchased, calling their new service the Branch Line. All the new ships would be named after Australian towns or cities that began with the letter B.

The Branch Line was required to operate separately from other P&O operations, as they were not allowed to man their ships with Lascar crews, manning the ships instead with white crews, as stipulated by the Australian regulations in force at the time.

The first ship to be launched was the ss Ballarat, named after the Central Victoria gold rush town of the same name. Initially, Ballarat carried the Blue Anchor funnel colours as a mark of respect, until 1914, when they changed to the more familiar black funnels of the P&O.

Ballarat entered service on 1st November 1911, and was followed by the ss Beltana, launched on 24th January 1912.