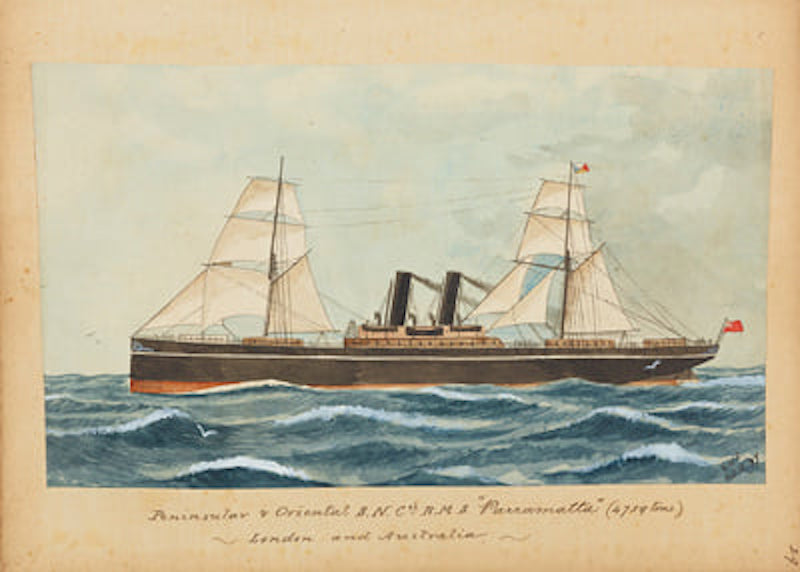 Built by Caird & Co. and launched at Greenock in 1882, Parramatta combined both sail and steam, to produce a fine, elegant ship.

Steam engines were still very much in their infancy, and trust in their performance over a long sea passage was regarded as risky.

P&O held onto simple single expansion steam engines until the early 1860s and thereafter entrusted their next series of steamships to neo-compound engines, designed by the London engine builder, Edward Humphrys.

Humphrys’ design, while fuel efficient - said to be less than 2lb per ihp per hour - proved unreliable in service, necessitating replacement with compound engines after only five years in service - and at vast cost.

Adding to these woes, P&O were not prepared for the challenges and opportunities posed by the opening of the Suez Canal in 1869 - not least, their huge Egyptian infrastructure, associated with the overland transit to Suez. Hotels, fuel stores, overland passenger transportation - were all made redundant - almost at a stroke. A combination of these elements very nearly bankrupted the company…….