History of The Panama Canal 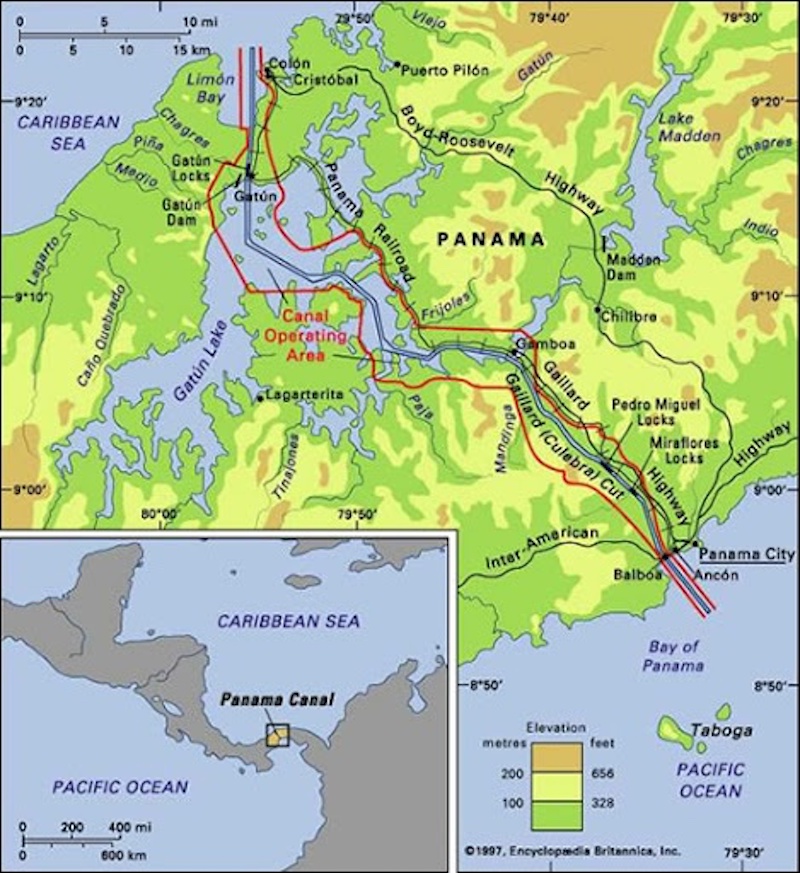 Linking the Atlantic and Pacific Oceans, the 51-mile Panama Canal transformed global trade routes when it opened in 1914. After a failed attempt by the French in the 1880s, the United States re-started construction in 1904. Chief engineer John Stevens altered the project’s design from a sea-level canal to one requiring a series of locks and the damming of the Chagres River to create the world’s largest man-made lake at the time.

Workers battled landslides and tropical diseases such as malaria and yellow fever as they carved the canal through jungles and mountainous terrain, displacing enough earth and rubble, according to the Panama Canal Museum, to bury the island of Manhattan to a depth of 12 feet. Ten percent of the 56,000 workers who toiled on the project between 1904 and 1913 died. Perhaps the most remarkable feat? The international ship channel was completed on time and on budget. 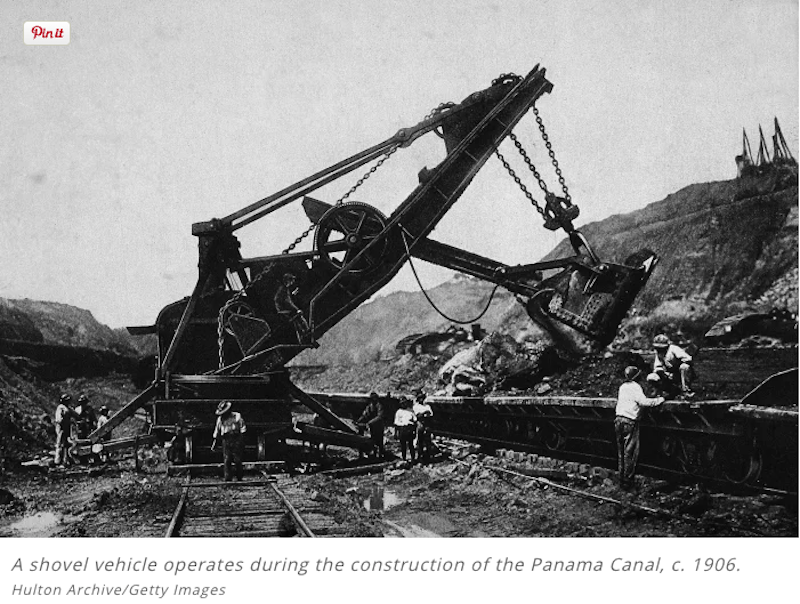 The idea for a canal across Panama dates back to the 16th Century
In 1513, Spanish explorer Vasco Nunez de Balboa became the first European to discover that the Isthmus of Panama was just a slim land bridge separating the Atlantic and Pacific oceans. Balboa’s discovery sparked a search for a natural waterway linking the two oceans. In 1534, after no such passage across the isthmus had been found, Charles V, the Holy Roman emperor, ordered a survey to determine if one could be built, but the surveyors eventually decided that construction of a ship canal was impossible.

The men behind the Suez Canal and the Eiffel Tower were convicted in connection with failed effort to build a canal
In the ensuing centuries, various nations considered developing a Panamanian canal but a serious attempt wasn’t made until the 1880s. In 1881, a French company headed by Ferdinand de Lesseps, a former diplomat who developed Egypt’s Suez Canal, began digging a canal across Panama. The project was plagued by poor planning, engineering problems and tropical diseases that killed thousands of workers. De Lesseps intended to build the canal at sea level, without locks, like the Suez Canal, but the excavation process proved far more difficult than anticipated. Gustave Eiffel, who designed the famous tower in Paris that bears his name, was then hired to create locks for the canal; however, the De Lesseps-led company went bankrupt in 1889. At the time, the French had sunk more than $260 million into the canal venture and excavated more than 70 million cubic yards of earth

The canal venture’s collapse caused a major scandal in France. De Lesseps and his son Charles, along with Eiffel and several other company executives, were indicted on fraud and mismanagement charges. In 1893, the men were found guilty, sentenced to prison and fined, although the sentences were overturned. After the scandal, Eiffel retired from business and devoted himself to scientific research; Ferdinand de Lesseps died in 1894. That same year, a new French company was formed to take over the assets of the bankrupt business and continue the canal; however, this second firm soon abandoned the endeavor as well.

U.S. originally wanted to build a canal in Nicaragua, not Panama
Throughout the 1800s, the United States, which wanted a canal linking the Atlantic and Pacific for economic and military reasons, considered Nicaragua a more feasible location than Panama. However, that view shifted thanks in part to the efforts of Philippe-Jean Bunau-Varilla, a French engineer who had been involved in both of France’s canal projects. In the late 1890s Bunau-Varilla began lobbying American lawmakers to buy the French canal assets in Panama, and eventually convinced a number of them that Nicaragua had dangerous volcanoes, making Panama the safer choice.

In 1902, Congress authorized the purchase of the French assets. However, the following year, when Colombia, which Panama was then a part of, refused to ratify an agreement allowing the United States to build a canal, the Panamanians, with encouragement from Bunau-Varilla and tacit approval from President Theodore Roosevelt, revolted against Colombia and declared Panama’s independence. Soon afterward, U.S. Secretary of State John Hay, and Bunau-Varilla, acting as a representative of Panama’s provisional government, negotiated the Hay-Bunau-Varilla Treaty, which gave America the right to a zone of more than 500 square miles in which it could construct a canal; the Canal Zone was to be controlled in perpetuity by the Americans. All told, the United States would shell out some $375 million to build the canal, which included a $10 million payment to Panama as a condition of the 1903 treaty, and $40 million to buy the French assets.