The first laying of the Transatlantic Cable 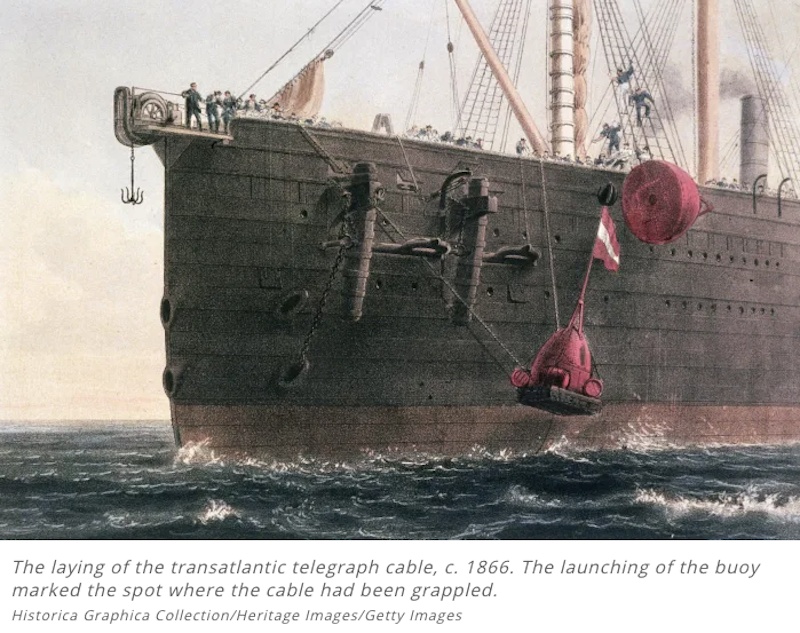 In 1854, American merchant Cyrus West Field secured a charter to lay a telegraph cable across the Atlantic Ocean’s floor.

The communications link, though, ceased working after only a few weeks. Field persisted, however, and contracted the British vessel Great Eastern, the largest ship afloat at the time, to lay a permanent telegraph cable in 1866 that vastly quickened transatlantic communication.