How the Columbian Exchange brought Globalization - And Disease 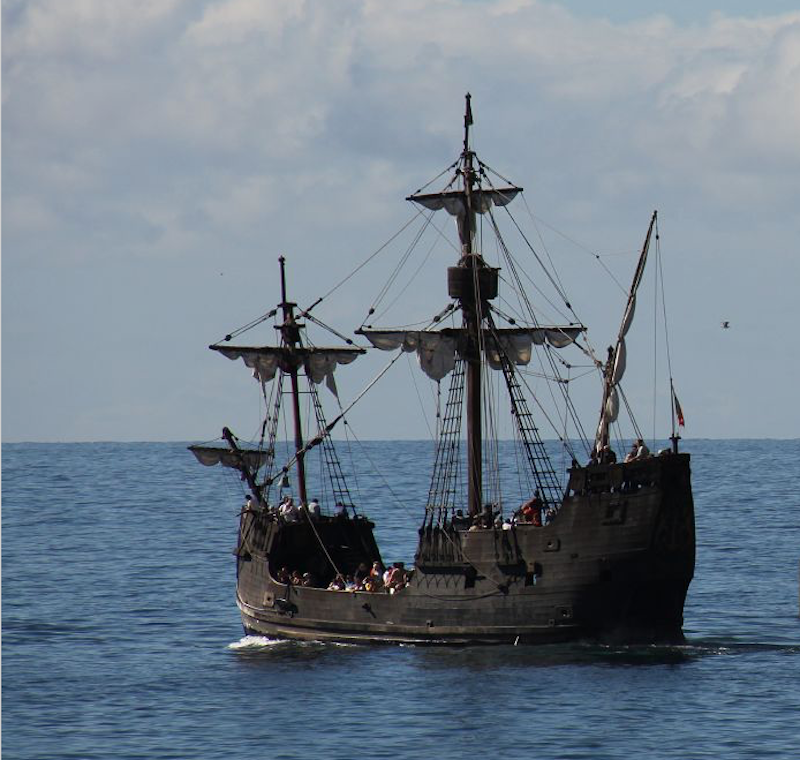 Two hundred million years ago, when dinosaurs still roamed the Earth, all seven continents were united in a single massive supercontinent known as Pangaea. After they slowly broke apart and settled into the positions we know today, each continent developed independently from the others over millennia, including the evolution of different species of plants, animals and bacteria.

By 1492, the year Christopher Columbus first made landfall on an island in the Caribbean, the Americas had been almost completely isolated from the Old World (including Europe, Asia and Africa) for some 12,000 years, ever since the melting of sea ice in the Bering Strait erased the land route between Asia and the West coast of North America. But with Columbus’ arrival—and the waves of European exploration, conquest and settlement that followed, the process of global separation would be firmly reversed, with consequences that still reverberate today. 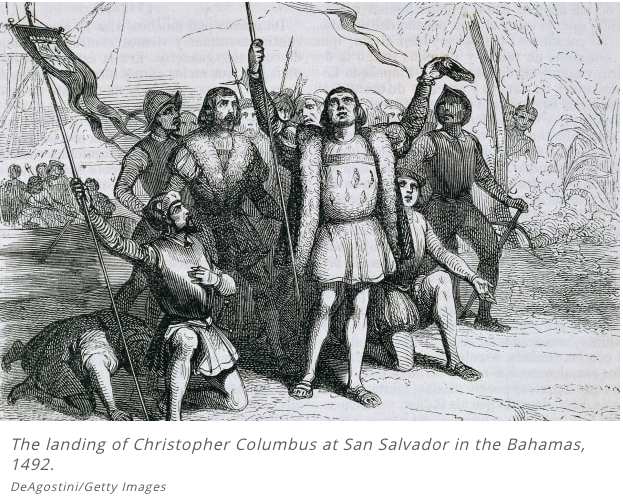 What Was the Columbian Exchange ?
The historian Alfred Crosby first used the term “Columbian Exchange” in the 1970s to describe the massive interchange of people, animals, plants and diseases that took place between the Eastern and Western Hemispheres after Columbus’ arrival in the Americas.

On Columbus’ second voyage to the Caribbean in 1493, he brought 17 ships and more than 1,000 men to explore further and expand an earlier settlement on the island of Hispaniola (present-day Haiti and the Dominican Republic). In the holds of their ships were hundreds of domesticated animals including sheep, cows, goats, horses and pigs—none of which could be found in the Americas. (Horses had in fact originated in the Americas and spread to the Old World, but disappeared from their original homeland at some point after the land bridge disappeared, possibly due to disease or the arrival of human populations.)

The Europeans also brought seeds and plant cuttings to grow Old World crops such as wheat, barley, grapes and coffee in the fertile soil they found in the Americas. Staples eaten by Indenous people in America, such as maize (corn), potatoes and beans, as well as flavorful additions like tomatoes, cacao, chili peppers, peanuts, vanilla and pineapple, would soon flourish in Europe and spread throughout the Old World, revolutionizing the traditional diets in many countries.

Disease Spreads Among Indigenous Populations
Along with the people, plants and animals of the Old World came their diseases. The pigs aboard Columbus’ ships in 1493 immediately spread swine flu, which sickened Columbus and other Europeans and proved deadly to the native Taino population on Hispaniola, who had no prior exposure to the virus. In a retrospective account written in 1542, Spanish historian Bartolomé de las Casas reported that “There was so much disease, death and misery, that innumerable fathers, mothers and children died … Of the multitudes on this island [Hispaniola] in the year 1494, by 1506 it was thought there were but one third of them left.”

Smallpox arrived on Hispaniola by 1519 and soon spread to mainland Central America and beyond. Along with measles, influenza, chickenpox, bubonic plague, typhus, scarlet fever, pneumonia and malaria, smallpox spelled disaster for Native Americans, who lacked immunity to such diseases. Although the exact impact of Old World diseases on the Indigenous populations of the Americas is impossible to know, historians have estimated that between 80 and 95 percent of them were decimated within the first 100-150 years after 1492.

The impact of disease on Native Americans, combined with the cultivation of lucrative cash crops such as sugarcane, tobacco and cotton in the Americas for export, would have another devastating consequence. To meet the demand for labor, European settlers would turn to the slave trade, which resulted in the forced migration of some 12.5 million Africans between the 16th and 19th centuries.

When it came to disease, the exchange was rather lopsided—but at least one deadly disease appears to have made the trip from the Americas to Europe. The first known outbreak of venereal syphilis occurred in 1495, among the troops led by France’s King Charles VIII in an invasion of Naples; it soon spread across Europe. Syphilis is now treated effectively with penicillin, but in the late 15th-early 16th centuries, it caused symptoms such as genital ulcers, rashes, tumors, severe pain and dementia, and was often fatal.

According to one theory, the origins of syphilis in Europe can be traced to Columbus and his crew, who were believed to have acquired Treponema pallidum, the bacteria that cause syphilis, from natives of Hispaniola and carried it back to Europe, where some of them later joined Charles’ army.

A competing theory argues that syphilis existed in the Old World before the late 15th century, but had been lumped in with leprosy or other diseases with similar symptoms. Because syphilis is a sexually transmitted disease, theories involving its origins are always controversial, but more recent evidence—including a genetic link found between syphilis and a tropical disease known as yaws, found in a remote region of Guyana—appears to support the Columbian theory.