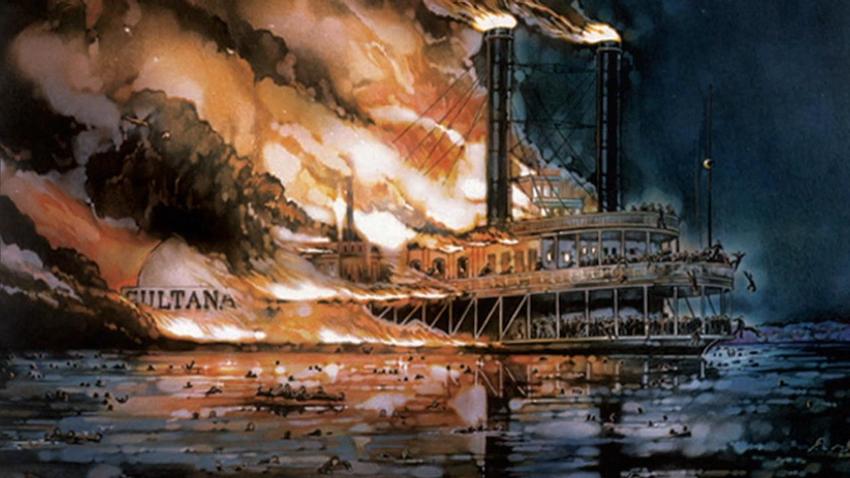 In the early hours of April 27th, 1865, mere days after the end of the Civil War, the Sultana burst into flames along the Mississippi River.   The Sultana was a 260-foot-long wooden steamboat, built in Cincinnati in 1863, which regularly transported passengers and freight between St. Louis and New Orleans on the Mississippi River.

On April 23, 1865, the vessel docked in Vicksburg to address issues with the boiler during a routine journey from New Orleans. While in port, it was contracted by the U.S. Government to carry former Union prisoners of war from Confederate prisons, such as Andersonville and Cahaba, back into Northern territory. In order to fulfill the lucrative contract, J. Cass Mason, the Sultana’s captain, opted to patch the leaky boiler rather than complete more extensive and time-consuming repairs. Fearing that his colleagues were taking bribes to transport prisoners on other boats, Union Army Captain George Williams, who oversaw the operation, hastily ordered that all former prisoners at the parole camp and hospital at Vicksburg be transported on the Sultana.  Although it was designed to only hold 376 persons, more than 2,000 Union troops were crowded onto the steamboat - more than five times its legal carrying capacity.  Despite concerns of overloading from several officers, Williams refused to divide the men, insisting that they travel on one vessel. 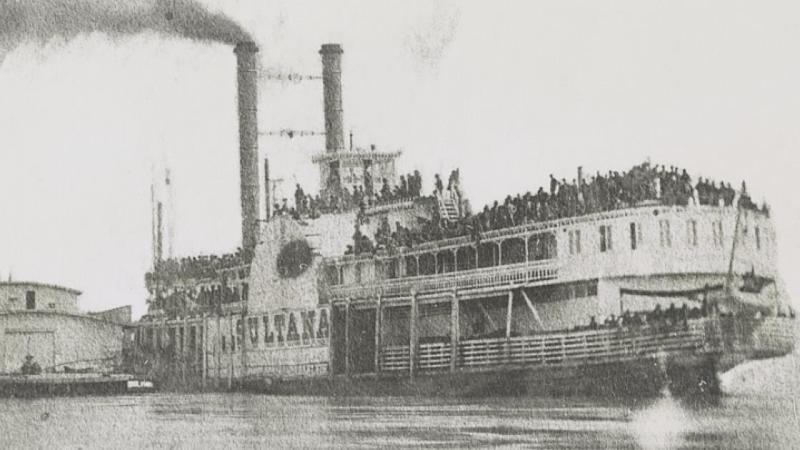 The Sultana steamed north up the Mississippi, but the severe overcrowding and faster river current caused by the spring thaw put increased pressure on its newly patched boilers.  Shortly after leaving Memphis, Tennessee on April 27th, the overstrained boilers exploded, blowing apart the center of the boat and starting an uncontrollable fire. Many of those who were not killed immediately perished as they tried to swim to shore. Of the initial survivors, 200 later died from burns sustained during the incident.  Records indicate that 1,800 men died, making the Sultana incident the deadliest maritime disaster in U.S. history.