HMS Chester at Battle of Jutland May 1916 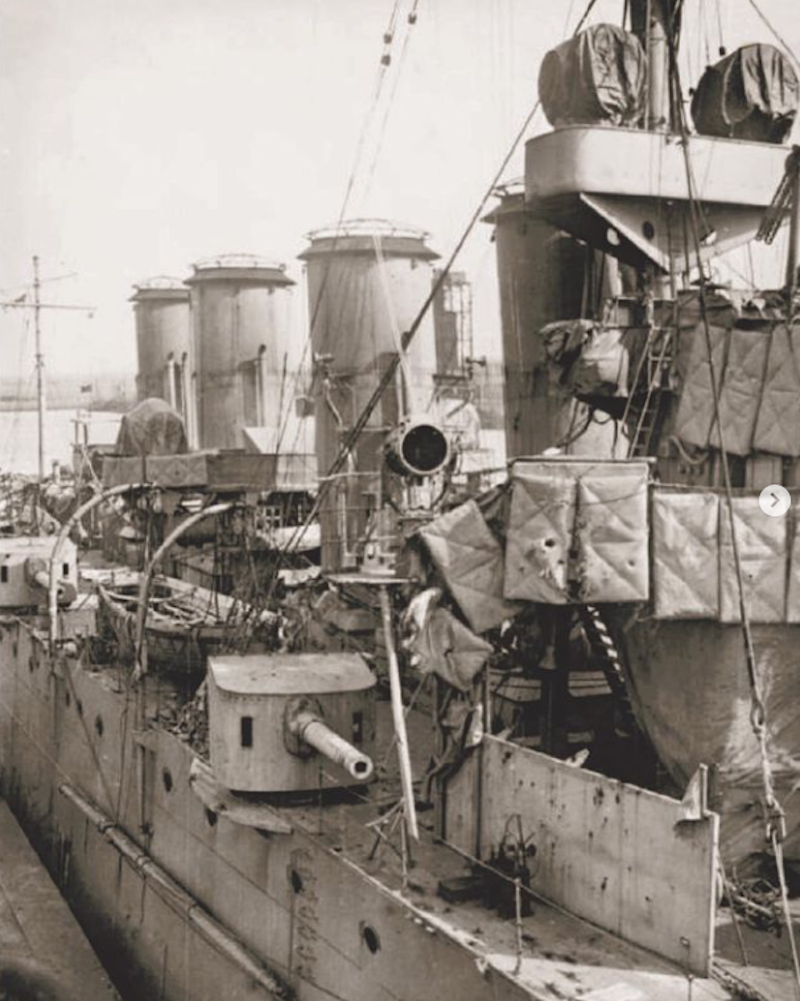 Damage to HMS Chester, one of two light cruisers in the screen for the 3rd Battlecruiser Squadron at Jutland, which ran headlong into four cruisers of the German II Scouting Group around 17:30 the evening of 31 May 1916. The cruiser had commissioned on 2 May, and had a green crew; the consequences of this fresh ship, with her exposed gunnery positions and lack of a central director system, coming within range of the German cruisers' 15cm (5.9") guns was devastating. Seventeen shells of this caliber smacked the light ship, killing 29 and wounding almost twice that number; her commander, Captain Robert Lawson, noted that men sought shelter behind shields, bulkheads, and guns themselves, but any and all plating served only to detonate incoming shells, leaving shrapnel to claim flesh wherever it could. 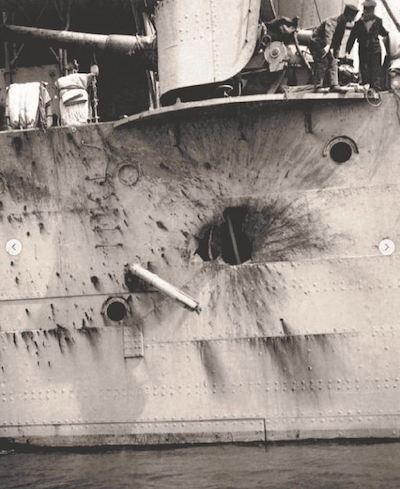 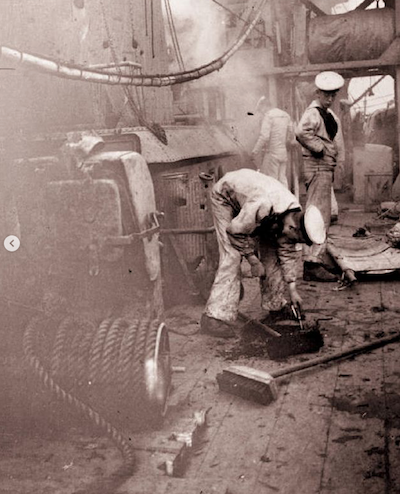 ⠀
Officer's Steward First Class Reginald Gulliver, a member of the first aid parties, recalled:⠀
"The first shot put all our lights out and we were in total darkness. After a lull in the fighting we were let out to the upper deck and what a sight - which will remain in my memory forever. An officer was lying dead with both legs severed in sea boots. I stepped over a body that had been disemboweled . I had to hold a seaman's foot while the Doctor cut it off as it was just hanging. We laid the bodies side by side and were told to turn them over on their stomachs."⠀
⠀
Chester was spared by frantic maneuvering and the direct intervention of the 3rd BCS, led by HMS Invincible, at 17:37. The 12" guns of the three British battlecruisers punished SMS Wiesbaden, leaving her crippled, while Pillau was damaged but still operable and able to break contact along with the other two German cruisers, Frankfurt and Elbing. A subsequent torpedoboote attack met with little success, and the battle continued

Jack Cornwell Boy (1st Class), won a posthumous Victoria Cross on Chester as sole survivor of the forward 5.5in gun crew - the gun itself as well as his VC is preserved at @imperialwarmuseums London.