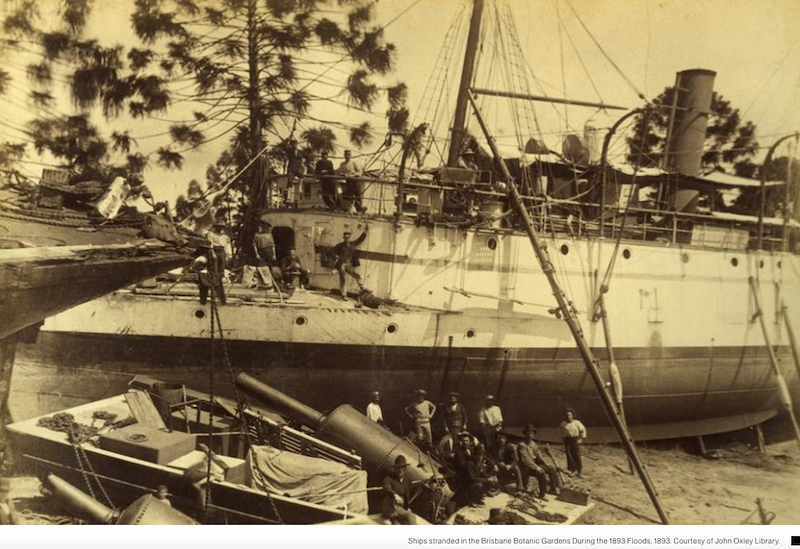 It was called “Black February” by the papers in 1893, when not one but three separate floods inundated the city of Brisbane over the course of two devastating weeks.

Upon seeing the rising waters, Coominya pastoralist and politician, Mr Henry Plantagenet Somerset, sent a horseman south to Esk to relay an emergency telegram address to the Postmaster General at the GPO, Queen St, Brisbane.

Alas, despite the telegram being posted on the noticeboard outside the GPO, only one resident took the message seriously, moving his firm’s goods to the safety of higher ground. Somerset repeated this heroic act again later in February to warn of a third deluge, only to garner the same dismal response.

On 5 February, the first deluge swept through the city. A torrent of swirling, raging water that carried in its current the casualties of its furore. When the first wave receded, the landscape of the city was peppered with familiar debris in unfamiliar circumstances. Tin rooves, furniture, tree limbs and most sensationally three government ships that had become grounded in the City Botanic Gardens. 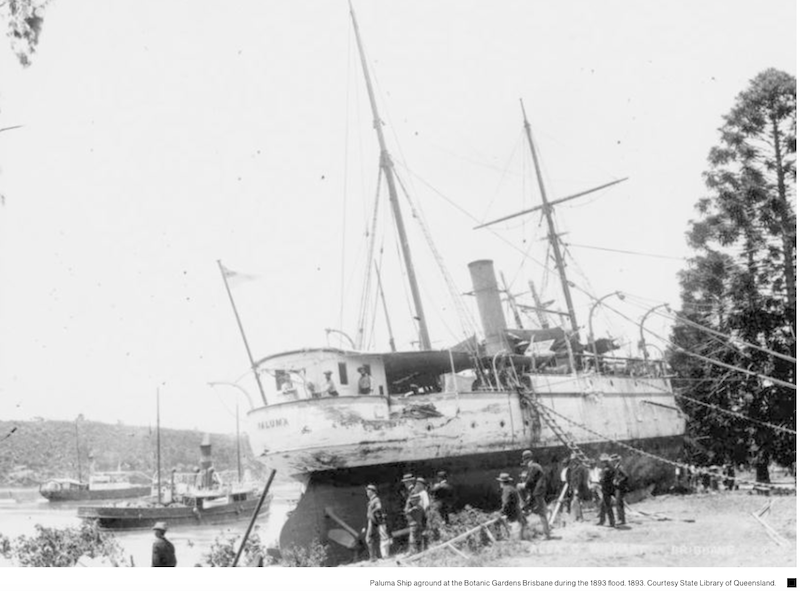 A rescue mission to return the Elamang, Paluma and Mary Evans was quickly conceived by the Queensland Government to retrieve their vessels, and they commissioned workers to begin the arduous task of digging the ships out of their landlocked positions. The workers were only halfway through the back-breaking labour when a second flood swept through the city. With some coaxing from a steam tug, the ships floated back into the river where they belonged.

Despite the gruelling labour the workers had already endured, the government paid them just half their wages as they had only done half the work. The workers took the government to court and said they did the work under good faith; they did not know the floodwaters would rise a second time. The workers won the case.

Across two devastating weeks, three floods claimed the lives of 35 people and left a further 10,000 without homes.