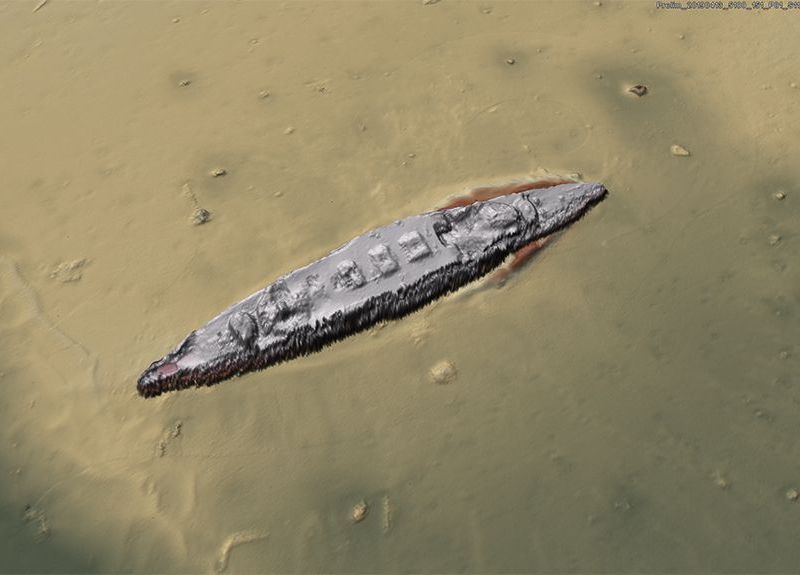 Maritime archaeologists have located the wreck of the S.M.S. Scharnhorst, an armored battle cruiser that served as the flagship of German Admiral Maximilian Graf von Spee’s East Asia Squadron during World War I, the Falklands Maritime Heritage Trust announced this week.

The Scharnhorst sank in the south Atlantic on December 8, 1914, with more than 800 crew members onboard. The cruiser was one of four German ships lost during the Battle of the Falkland Islands; according to official dispatches, two support vessels from the squadron were later evacuated and scuttled.

Per a press release, the heritage trust started looking for the sunken ships on the centenary of the battle in 2014. Initial search attempts were unsuccessful, but archaeologists recently returned to the site of the naval engagement with state-of-the-art subsea exploration equipment, including a specialized vessel called the Seabed Constructor and autonomous underwater vehicles (AUVs).

As Tom Metcalfe reports for Live Science, the team located the wreckage of the Scharnhorst after one of the AUVs deviated from its search path to scan another section of the ocean floor. The AUV passed over the wreck as it changed direction, but scientists only noticed the anomaly hours later, when the craft was recovered and its data converted into a readable format.

The Scharnhorst was found 98 nautical miles southeast of Stanley, the Falkland Islands’ capital, at a depth of 5,282 feet. (The islands themselves are situated about 300 miles east of South America’s southern coast.)

Mensun Bound, leader of the search expedition, described the ship’s discovery as one of the most “unforgettable, poignant” moments in his life.
“We are often chasing shadows on the seabed, but when the Scharnhorst first appeared in the data flow, there was no doubt that this was one of the German fleet,” says Bound in the statement. “You could even see the impact crater.” He adds, “We sent down an ROV to explore and almost straight away we were into a debris field that said ‘battle.’ Suddenly she just came out of the gloom with great guns poking in every direction.”

The searchers did not disturb the wreck in any way. After locating the ship, they held a memorial service for the sailors who lost their lives in the Battle of the Falkland Islands.

Prior to the December 1914 battle, the German East Asia Squadron tangled with the British Royal Navy at the Battle of Coronel along the Chilean coast. The Germans, led by Admiral Graf von Spee, sank two of Britain’s four ships during the November skirmish, killing 1,600 enemy sailors but suffering no casualties themselves. 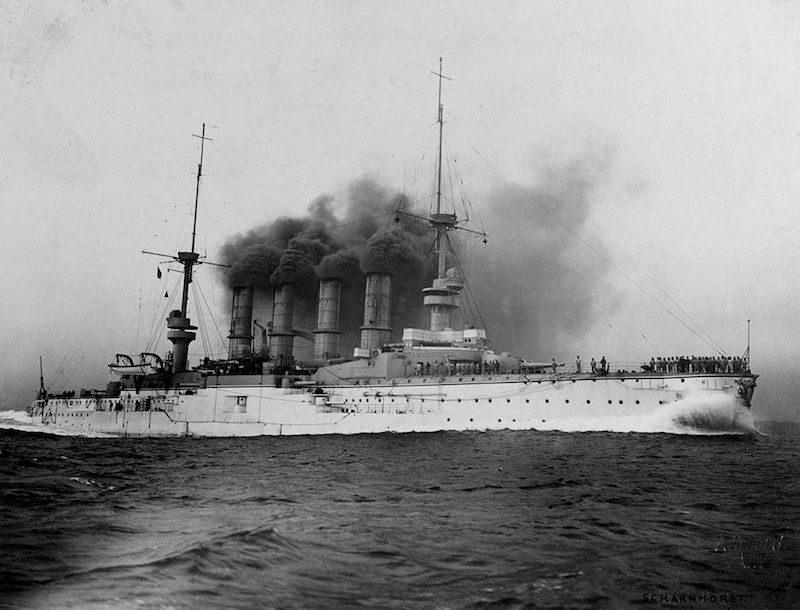 According to Encyclopedia Britannica, Britain responded to the resounding defeat by sending ships—including the Invincible and Inflexible, which were much faster and well-armed than their German counterparts—from the North Sea down to the South American islands.

When Graf von Spee led his fleet in an attack on Port Stanley, an important coaling station for the British fleet, he realized he was sailing into a trap and tried to retreat. But the British ships gave chase, and by early afternoon, had caught up to the German squadron. The admiral, realizing he couldn’t escape, turned his heavy battle cruisers around in an attempt to give the unit’s smaller ships enough time to flee.

Ultimately, a total of 2,200 German sailors perished over the course of the clash. Three members of the Graf von Spee family—the admiral and his sons Heinrich and Otto—were among the dead.

The Battle of the Falkland Islands signaled the end of the East Asia Squadron, which was Germany’s only permanent overseas naval unit. With the squadron’s decline, German raids on British holdings and commerce sites across the region ceased, allowing the British Navy to focus on other priorities for the remainder of the war.

Descendant Wilhelm Graf von Spee describes the Scharnhorst’s discovery as “bittersweet.” “We take comfort from the knowledge that the final resting place of so many has been found, and can now be preserved, whilst also being reminded of the huge waste of life,” he says in the statement. “As a family we lost a father and his two sons on one day. Like the thousands of other families who suffered unimaginable loss during the First World War, we remember them and must ensure that their sacrifice was not in vain.”