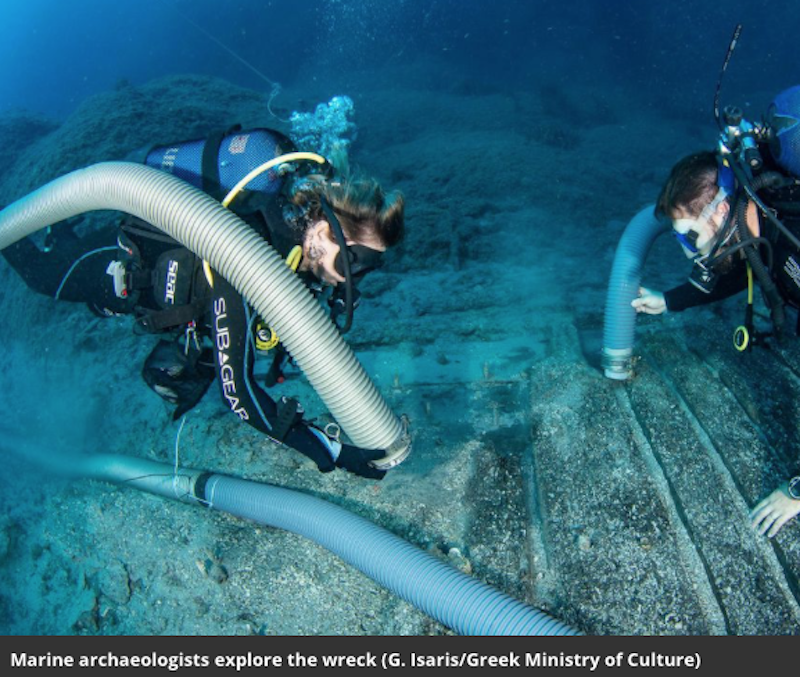 In September 1802, the H.M.S. Mentor sank off the coast of Avlemonas, Greece, sending 17 crates of antiquities tumbling to the bottom of the Mediterranean. More than 200 years later, the Greek Ministry of Culture reports, marine archaeologists tasked with exploring the wreck have recovered gold jewelry, cooking pots, chess pieces and an array of other artifacts connected with the trove.

As Caroline Goldstein reports for artnet News, Scottish nobleman Thomas Bruce, 7th Earl of Elgin, commissioned the Mentor to transport artifacts removed from the Parthenon, the Acropolis and other Greek heritage sites to his home country of Great Britain. Elgin, who was then serving as the British Ambassador to the Ottoman Empire, is a controversial figure accused by many—including the Greek government—of looting valuable artifacts from the city of Athens during the first decade of the 1800s.

According to Goldstein, the Mentor sank en route to the island of Malta, where it was set to dock before traveling further afield. All 12 passengers and crew members survived the wreck, but the valuable cargo stored onboard was lost—at least initially.

Elgin recovered the majority of artifacts lost in the accident over the course of several salvage missions. Chief among these items were the so-called Parthenon Marbles, a group of sculptures now housed at the British Museum in London and known colloquially as the Elgin Marbles.

Per Seeker’s Rossella Lornenzi, researchers have long suspected that additional artifacts remain trapped in the sunken ship. Since 2009, underwater archaeologists have conducted annual excavations at the site in hopes of locating antiquities overlooked by Elgin’s salvagers.
Previous research expeditions have yielded personal artifacts owned by the ship’s passengers and crew (including toothbrushes, chess pieces and combs), fragments of Egyptian sculptures, and ancient shipping jars called amphorae. This year’s finds include a gold ring, gold earrings, a piece of cookware and wooden pulleys.

The newly discovered artifacts are the property of the Greek government, but the status of the better-known Elgin Marbles remains a point of contention, with both Great Britain and Greece staking a claim to the friezes. 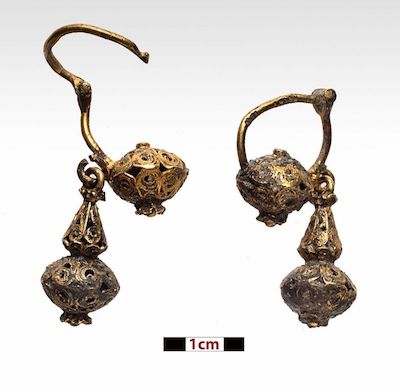 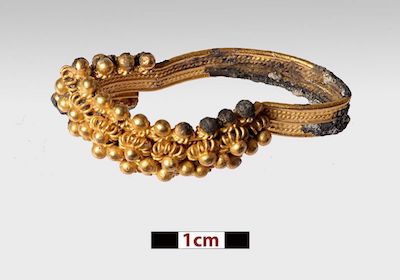 At the turn of the 19th century, Athens was a city of some 10,000 residents under the control of the Ottoman Empire. According to History Extra, Elgin had a letter of instruction allowing him to remove artifacts from the city “as a personal gesture after he encouraged the British forces in their fight to drive the French out of Egypt, which was then an Ottoman possession,” but the legality of this document is now contested.

Ultimately, the nobleman and his agents left the Parthenon with 247 feet of its original 524 feet of sculpted frieze, 15 of 92 metopes (or sculpted panels), and 17 figures taken from their pediments. The massive project bankrupted Elgin, and in 1816, he sold the collection to the British government for much less money than he had once expected.

Writing for the Journal of Art Crime in 2016, scholar Izidor Janzekovic pointed out that even Elgin’s contemporaries considered his actions controversial. Although the Scottish lord supposedly received permission to excavate the Parthenon, many antiquities enthusiasts at the time objected to the move, as the ancient temple was in poor shape and likely to be further damaged by additional work.

As Mary Beard writes for the BBC, Elgin’s motives remain in dispute. Some suggest he sought the marbles mainly to burnish his family’s reputation and perhaps decorate their ancestral home; others believe he was genuinely dedicated to saving at-risk antiquities.

The debate over the marbles has simmered between the two nations for decades, and in 2009, Greece opened a museum near the Parthenon with spots reserved for the missing sections. More recently, the country has proposed a temporary swap with the British Museum to mark the 200th anniversary of the beginning of the Greek War for Independence. Come 2021, the Observer’s Helena Smith reports, Greece has offered to exchange several artifacts never previously allowed to leave the country in exchange for a temporary loan of the marbles.
In response, a British Museum spokesperson said, “From our perspective we’re very happy to consider any loan request.”
Still, she added, “It’s hard to say anything beyond that.”