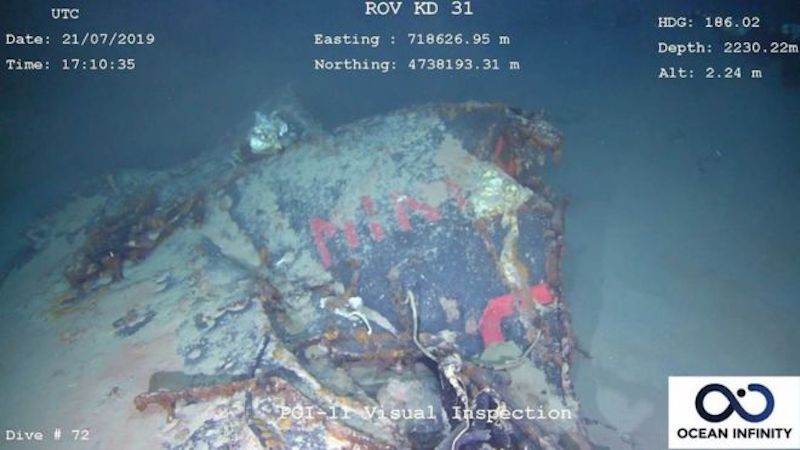 The deep sea exploration vessel Seabed Constructor discovered another missing submarine, its second in less than a year. The civilian vessel found the remains of the French attack submarine Minerve just eight months after its discovery of the wreck of the Argentine submarine San Juan. The ship uses a combination of remotely operated sea vehicles and onboard sensors to map and discover objects on the seabed floor.

Minerve, a 980 ton diesel electric submarine, was lost 50 years ago in the Gulf of Lion, a large bay situated between the coastlines of Spain and France in the Meditterranean Sea. The submarine, along with 52 crew, was lost during a training mission. Seabed Constructor discovered the submarine in 2,370 meters (7,770 feet of water), in three pieces, 27 miles off the coast of Toulon, France. According to the Guardian, the first three letters of the ship’s name were clearly visible on the hull of the wreck.

In November of 2018, Seabed Constructor also found the wreck of the ARA San Juan, an Argentine Navy submarine. San Juan disappeared in November 2017 off the coast of Argentina with 44 crew onboard. She was discovered 3,000 feet below the surface, approximately 323 nautical miles east of Comodoro Rivadavia in the Atlantic Ocean. 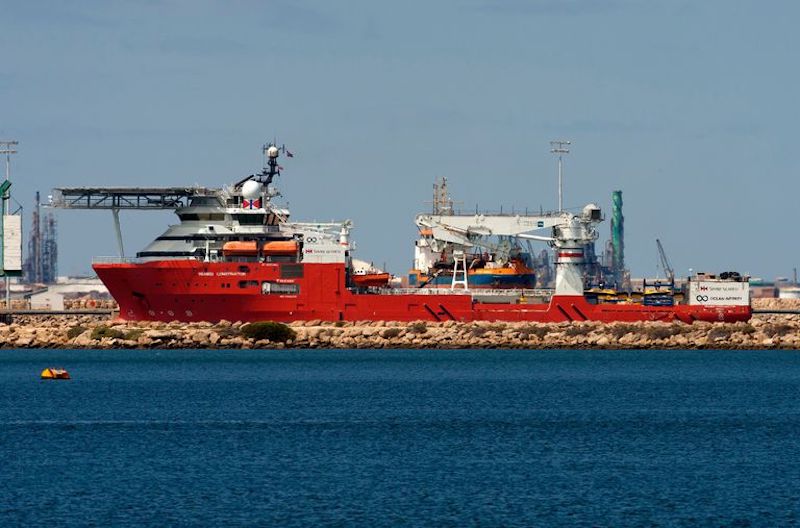 Operated by Texas-based Ocean Infinity, the 377-foot-long Seabed Constructor is technically a “multi-purpose offshore vessel.” The ship collects what the company calls “seabed intelligence” using a small fleet of unmanned vehicles, including robotic surface craft and HUGIN robotic submarines. The HUGINs are technically AUVs, or autonomous underwater vehicles, capable of operating in 16 to 19,685 feet of water.

Each HUGIN is equipped with a side-scan sonar, mulit-beam each-sounder HD camera, and a synthetic aperture sonar. The AUVs broadcast a stream of data wirelessly to the robotic surface craft, which then relay it to the Seabed Constructor itself. Computers onboard the ship running specialized software can instantly analyze incoming data, allowing analysts to pick out objects of interest in near-real time.

Operating in formation, Seabed Constructor’s robotic fleet can cover a vast amount of ocean in a relatively short amount of time. The ship can also dispatch two larger remotely operated vehicles to investigate objects of interest on the seabed floor and raise objects weighing up to 45 tons from nearly 20,000 feet of water.