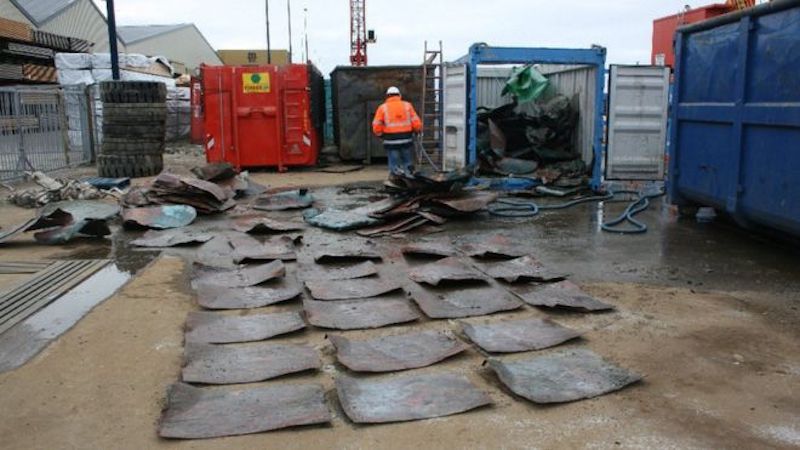 In January, a storm in the North Sea knocked almost 350 steel shipping containers off the ship MSC Zoe. The incident attracted a team of salvagers who used sonar to scan the seafloor near the island of Terschelling in the Netherlands. When they found what appeared to be a buried container, they sent down their grabber, only to pull up timbers and copper plates from a 5oo-year-old Dutch ship.

The salvage crew alerted researchers to the artifacts, who found that the arrangement of the timbers reveals the ship goes back to the 1540s, making it the oldest ship ever discovered in Dutch waters.

Martijn Manders, an underwater archaeologist from the Cultural Heritage Agency of the Netherlands, tells Alan Weedon at the Australian Broadcasting Corporation that the ship shows how Dutch shipbuilding transitioned from the clinker construction techniques of the Middle Ages to the larger carvel-style ships that plied the world’s oceans just a generation later.

“We have to keep in mind that about 100 years after this ship sunk it was the Dutch Golden Age, where we had all these big ships traveling all over the world. This ship is the oldest we've found in the North Sea … Basically, it's our missing link,” Manders says. 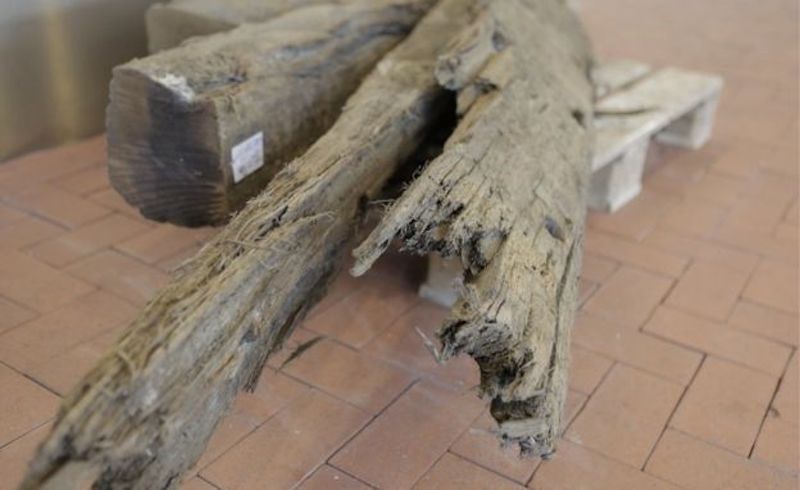 The construction method isn’t the only interesting thing about the shipwreck. The copper plates carried in the hull were stamped with the symbol of the Fugger family, who controlled a mercantile and banking dynasty. At the time, the Fuggers were attempting to break the monopoly of the Medieval-era Hanseatic League, a north German trade guild, which is why they hired Dutch ships. Their patronage helped develop the ship-building culture in the Netherlands.

The BBC reports that the copper transported on the ship would have been mined in modern-day Slovakia and sent up the River Vistula to the port of Gdansk in Poland. It’s believed the 100-foot ship could transport up to five tons of copper, and the cargo was likely intended for delivery to Antwerp, where it may have provided the raw material for some of the first copper coins minted in Europe. And an expert from the Rijksmuseum in Amsterdam was able to chemically confirm the copper from the shipwreck is, in fact, identical to the metal used to produce the first copper coins in the Netherlands.

The introduction of copper coins was a huge moment for the Dutch economy. “At the time this ship sunk, you had more people starting to move into cities who needed different kinds of money because buying bread with gold and silver was quite difficult,” Manders tells Weedon. “These copper plates date back exactly to the beginning of copper money that was produced in Europe, which was a very special time.”
That makes the ship representative of three major elements of Dutch history—the transition to Golden Age shipbuilding, the expansion of the economy in the 1500s, and the introduction of copper coinage. All things they were able to confirm, Manders tells Tom Metcalfe at LiveScience, “without having dived on the ship yet.”

That will change soon. Currently, the wreck site is being secured by the Dutch coast guard, but archaeologists hope to visit the site this summer.