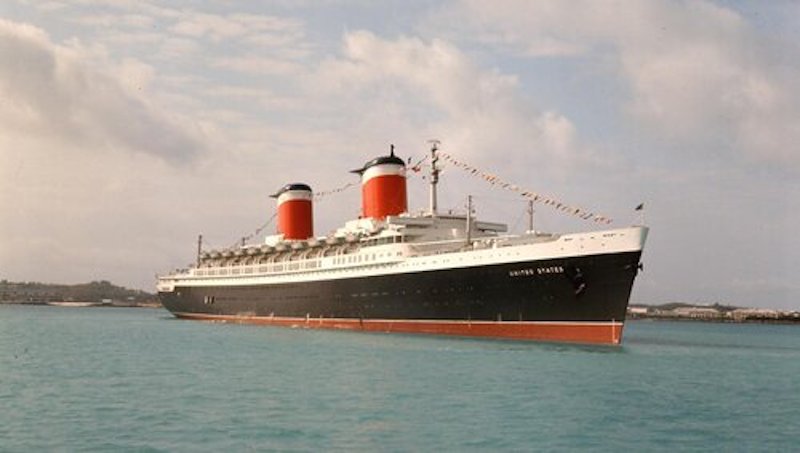 The SS United States is 990 feet long – about five city blocks! If you stood her on end, she’d rise nearly as high as New York’s Chrysler Building or Philadelphia’s Comcast Center.

The SS United States’ designer, William Francis Gibbs, wanted his ship to be fireproof, so he insisted that no wood be used in her construction or fittings. One exception: the ship’s grand pianos were made from a rare fire-resistant mahogany. A Steinway piano was tested in advance by dousing it with gasoline and lighting a match. (It didn’t burn.)

More aluminum was used in the SS United States than for any previous construction project in history. Why? To reduce her weight and make her the fastest ocean liner of all time.

The SS United States was designed to be just wide enough (101 feet) so it could pass through the locks of the Panama Canal with two feet of clearance on either side.

The design of the SS United States was so innovative that the details of her construction were kept top-secret. She was the first passenger liner to be built almost entirely in drydock – safely out of the public eye.

Five days before her maiden voyage in July 1952, the SS United States was opened to the public at her berth in New York. Some 70,000 people turned out to see the dazzling new ship that day – more than a sellout crowd at Yankee Stadium! The line to go aboard stretched for fourteen blocks.

How fast was the SS United States? During her speed trials, she sliced through the waves at an astonishing 38.32 knots – 44 miles per hour!

Thanks to her reduced weight and powerful engines, the SS United States could go almost as fast in reverse as earlier liners (like the Titanic) could go forward.

On her maiden voyage, the SS United States shattered the trans-Atlantic speed record in both directions. She was the first American ship in 100 years to capture the coveted Blue Riband (awarded to the fastest trans-Atlantic ocean liner). Amazingly, she still holds the record more than 60 years later.

Built to be converted from luxury liner to troop transport in the event of war, the SS United States was able to carry 15,000 troops 10,000 miles without refueling.

Four U.S. presidents sailed aboard the SS United States: Harry Truman, Dwight Eisenhower, John Kennedy and Bill Clinton. (The youthful Clinton, fresh out of Georgetown, was on his way to study at Oxford as a Rhodes Scholar.)

A famous passenger of a different sort sailed aboard the SS United States in 1963: the Mona Lisa. Leonardo’s masterpiece was traveling to the U.S. for special exhibitions in Washington and New York. (She made it back to the Louvre in remarkably good shape for a 460-year-old woman.)

The SS United States was retired from active service in 1969. The age of the great ocean liners had come to a close, doomed by increasingly fast and affordable trans-Atlantic airline flights.
Since 1996, the SS United States has spent her retirement years at a dock on the Delaware River in Philadelphia. 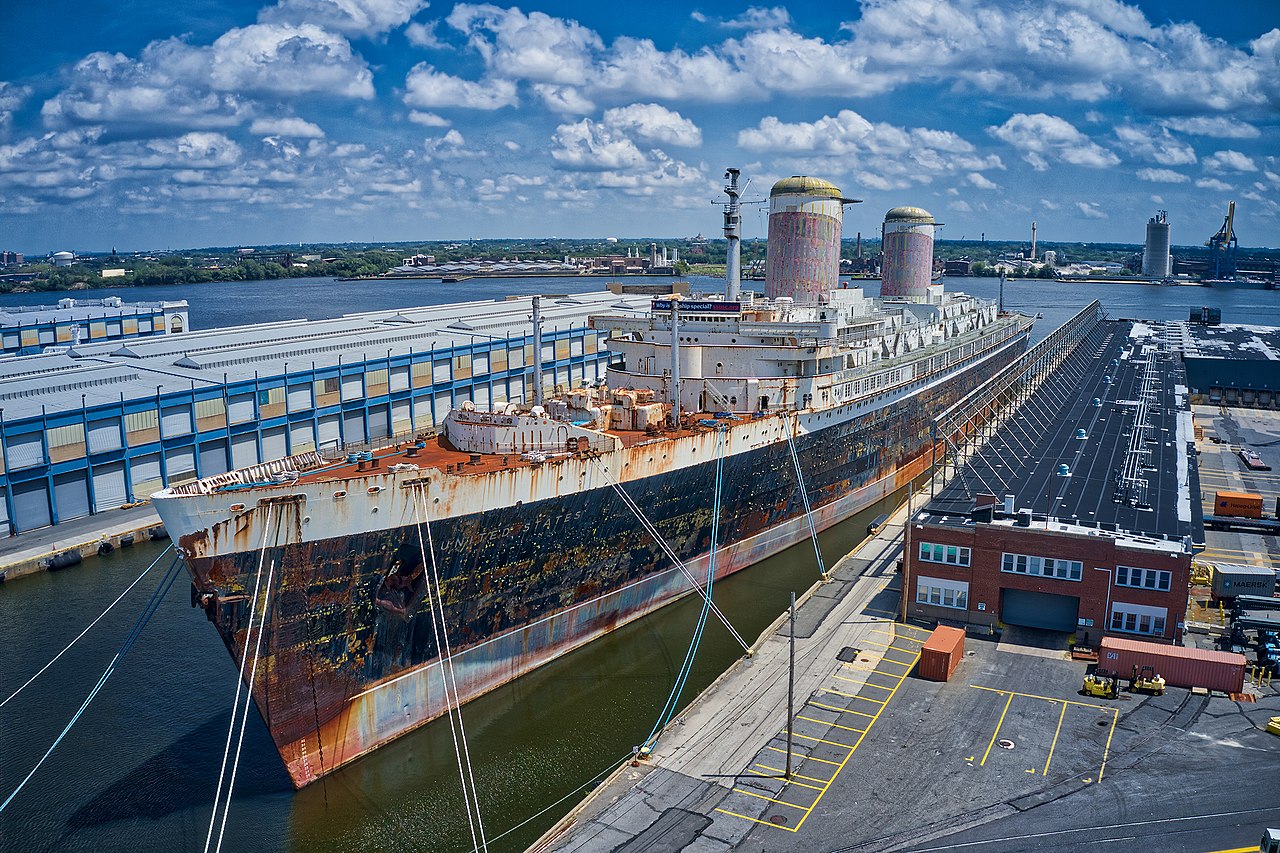 Today, we are pleased to announce an important development: The Conservancy has entered into an agreement with a prominent commercial real estate development firm, RXR Realty, which will begin to explore options for the SS United States’ revitalization.

Over the next several months, RXR Realty will be working to determine the viability of the SS United States’ redevelopment and will explore a range of potential locations for the historic vessel. In connection with its work, RXR will be paying a substantial portion of the ship’s carrying costs and making other investments during this option period. The company will soon be assembling a team to assess the vessel's interior spaces and explore concepts for the ship's revitalization. The Conservancy will work closely with RXR throughout this process and will continue to advance and refine our museum and curatorial plans.

In entering this agreement with the SS United States Conservancy, RXR Realty issued the following statement to our supporters:

"The SS United States is one of America's great vessels and an icon of American engineering and design. Given our history of repurposing and updating some of this country's most historic structures, we are now working with the SS United States Conservancy to explore what options might exist for the ship, going forward. We are currently at the very beginning of this process – a process that will require substantial work on all sides. At the end of this period, we will have a better sense as to whether we have a viable plan and, if so, the specifics of that plan and in which waterfront community it might be actualized."

We will keep you informed as this due diligence process advances. The Conservancy’s agreement with RXR Realty is still in its very early stages and much hard work lies ahead. However, we believe that RXR recognizes the SS United States’ iconic significance and has the vision, commitment, creativity and expertise needed to redevelop America’s Flagship.

It goes without saying that we have reached this milestone for one reason: Because you have continued to support our efforts. We remain profoundly grateful for each and every one of the Conservancy’s supporters. You have kept the faith and have refused to “abandon ship,” even when the seas have been stormy.

The SS United States serves as a powerful and beautiful symbol of national pride, beauty and resilience. She conveys the message that America’s “can do” spirit is alive and well. She reminds us that when we pull together as a nation, anything is possible.

Again, thank you so much for your continued support, and we look forward to continuing to keep you updated as this process advances.