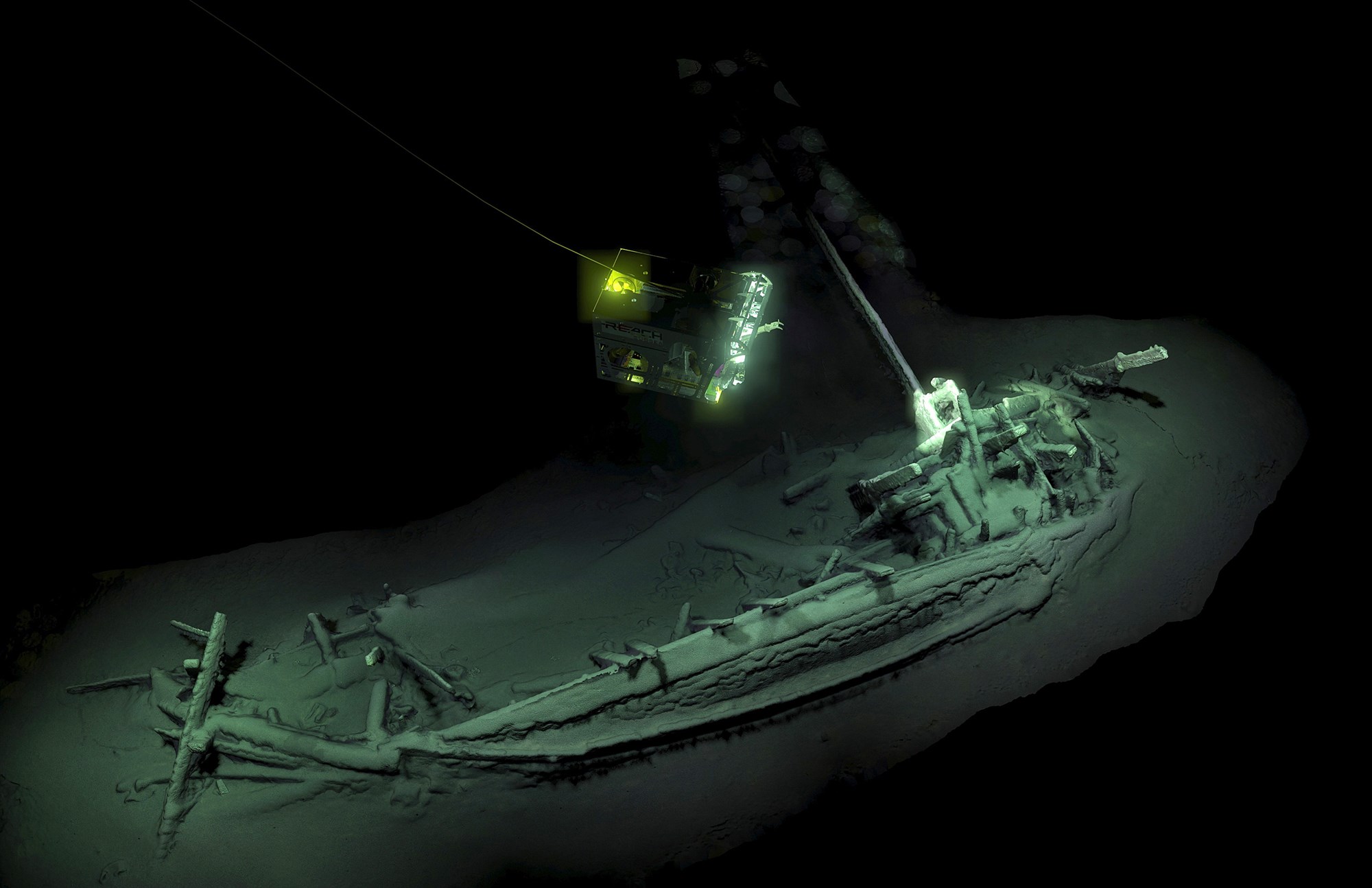 Archaeologists have found what they believe to be the world’s oldest intact shipwreck at the bottom of the Black Sea where it appears to have lain undisturbed for more than 2,400 years.

The 23-metre (75ft) vessel, thought to be ancient Greek, was discovered with its mast, rudders and rowing benches all present and correct just over a mile below the surface. A lack of oxygen at that depth preserved it, the researchers said.

“A ship surviving intact from the classical world, lying in over 2km of water, is something I would never have believed possible,” said Professor Jon Adams, the principal investigator with the Black Sea Maritime Archaeology Project (MAP), the team that made the find. “This will change our understanding of shipbuilding and seafaring in the ancient world.”

The ship is believed to have been a trading vessel of a type that researchers say has only previously been seen “on the side of ancient Greek pottery such as the ‘Siren Vase’ in the British Museum”. 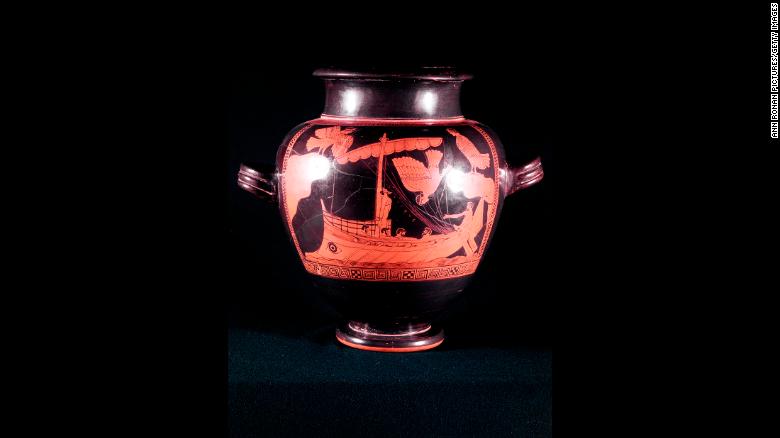 That work, which dates from about the same period, depicts a similar vessel bearing Odysseus past the sirens, with the Homeric hero lashed to the mast to resist their songs.

The team reportedly said they intended to leave the vessel where it was found, but added that a small piece had been carbon dated by the University of Southampton and claimed the results “confirmed [it] as the oldest intact shipwreck known to mankind”. The team said the data would be published at the Black Sea MAP conference at the Wellcome Collection in London later this week.

It was among more than 60 shipwrecks found by the international team of maritime archaeologists, scientists and marine surveyors, which has been on a three-year mission to explore the depths of the Black Sea to gain a greater understanding of the impact of prehistoric sea-level changes.
They said the finds varied in age from a “17th-century Cossack raiding fleet, through Roman trading vessels, complete with amphorae, to a complete ship from the classical period”.