The T2 tanker, or T2, was a class of oil tanker constructed and produced in large quantities in the United States during World War II. Only the T3 tankers were larger "navy oilers" of the period.

Some 533 T2s were built between 1940 and the end of 1945. They were used to transport: fuel oil, diesel fuel, gasoline and sometimes black oil-crude oil.

Post war many T2s remained in use; like other hastily built World War II ships pressed into peace time service, there were safety concerns.

As was found during the war, the United States Coast Guard Marine Board of Investigation in 1952 stated that in cold weather the ships were prone to metal fatigue cracking, so were "belted" with steel straps. This occurred after two T2s, Pendleton and Fort Mercer, split in two off Cape Cod within hours of each other. Engineering inquiries into the problem suggested the cause was poor welding techniques. It was found the steel (that had been successfully used in riveted ship design) was not well suited for the new wartime welding construction. The high sulfur content made the steel brittle and prone to metal fatigue at lower temperature 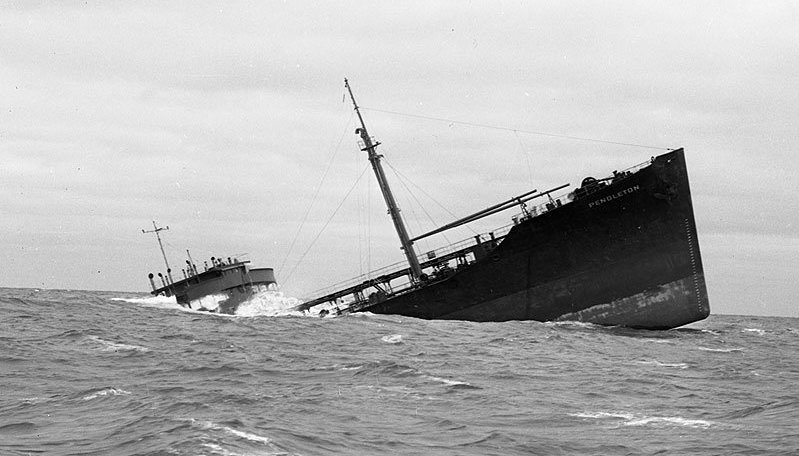