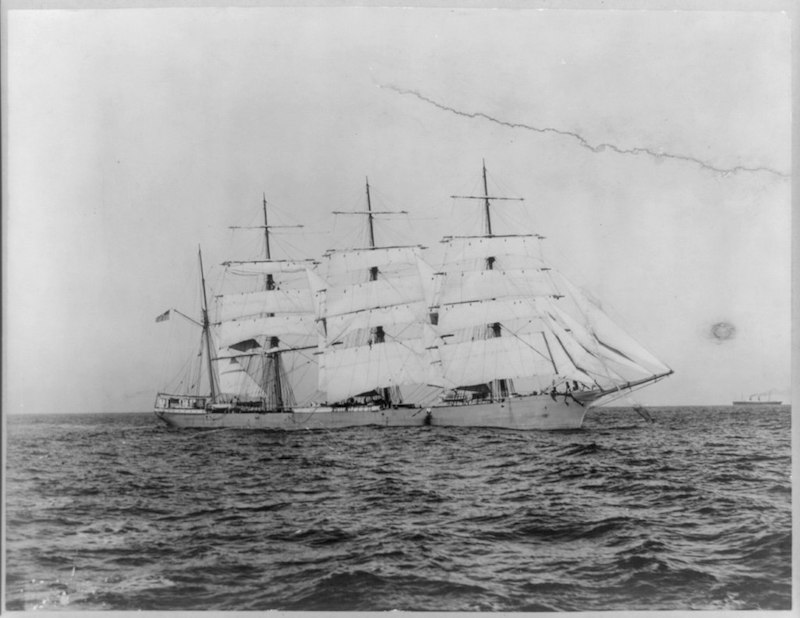 In the country’s first such action against American shipping interests on the high seas, the captain of a German cruiser orders the destruction of the William P. Frye, an American merchant ship.

The William P. Frye, a four-masted steel barque built in Bath, Maine, in 1901 and named for the well-known Maine senator William Pierce Frye (1830-1911), was on its way to England with a cargo of wheat. On January 27, it was intercepted by a German cruiser in the South Atlantic Ocean off the Brazilian coast and ordered to jettison its cargo as contraband. When the American ship’s crew failed to fulfill these orders completely by the next day, the German captain ordered the destruction of the ship.

As the first American merchant vessel lost to Germany’s aggression during the Great War, the William P. Frye incident sparked the indignation of many in the United States. The German government’s apology and admission of the attack as a mistake did little to assuage Americans’ anger, which increased exponentially when German forces torpedoed and sank the British-owned ocean liner Lusitania on May 7, 1915, killing more than 1,000 people, including 128 Americans. The U.S., under President Woodrow Wilson, demanded reparations and an end to German attacks on all unarmed passenger and merchant ships. Despite Germany’s initial assurances to that end, the attacks continued.

In early February 1917, when Germany announced a return to unrestricted submarine warfare, the U.S. broke off diplomatic relations with the country. By the end of March, Germany had sunk several more passenger ships with Americans aboard and Wilson went before Congress to ask for a declaration of war on April 2, which was made four days later. The first American ships arrived in Europe within a week, marking a decisive end to U.S. neutrality.