Stranded in the Six-Day War: the story of 14 ships trapped for eight years in the Suez Canal - by Cath Senker 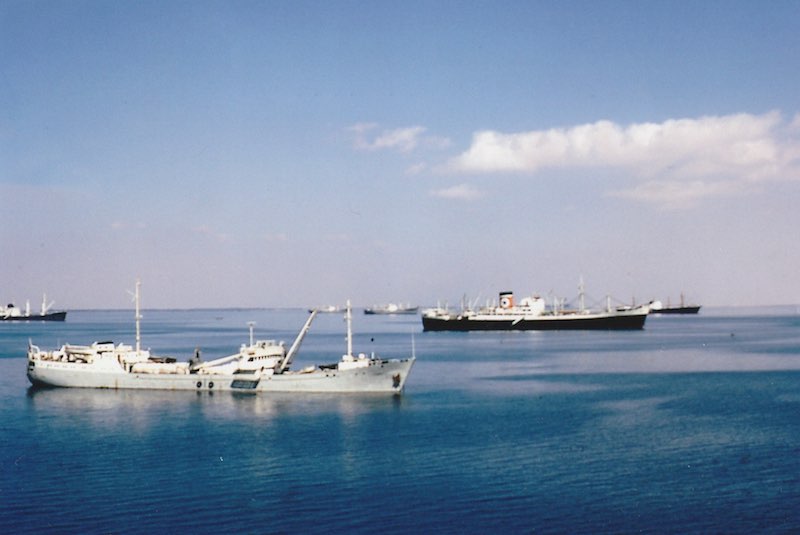 In June 1967, at the outbreak of the Six-Day War, 14 merchant ships were passing through the Suez Canal.

As hostilities erupted, they were ordered to halt in the Great Bitter Lake. Although the war was brief, after it finished, the Egyptian government refused the ships permission to leave. Those ships were stranded in the Suez Canal for a full eight years, until June 1975.

Over the period, 3,000 seafarers served on the trapped ships in the middle of a war zone, maintaining the vessels and protecting their precious cargos. Despite coming from countries on opposing sides of the Cold War, the crews forged a strong community, exchanging supplies and skills and coordinating their social and sports activities through the Great Bitter Lake Association (GBLA).

Many readers from the maritime community will be aware of this extraordinary story. Yet when I stumbled across it in 2014, I couldn’t find a single book on the subject. An experienced author, I decided to write one myself.

I posted messages on seafarers’ forums, and several people came forward, unearthing their memoirs, letters, documents and photos. I met with people who had been on the Suez ships, spoke to several more and held discussions online with former sailors around the world. For instance, Phil Saul from New Zealand had been assistant steward on the Melampus when she was trapped in June 1967. Others had been in the Suez Canal at the height of the social and sports activities – including David Kemp from Australia, master of the Port Invercargill in 1968. A few had travelled to Egypt to prepare the ships for departure in 1975. 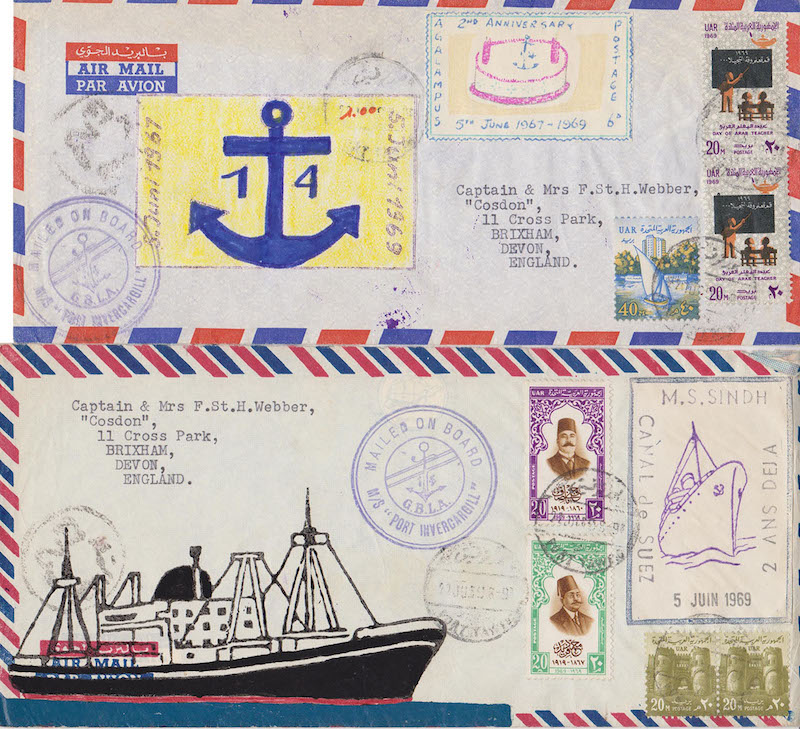 I was particularly curious to discover how an independent community developed in the middle of a war zone – the Great Bitter Lake Association (GBLA).

The crews exchanged food, equipment, skills and expertise according to need, and the Polish ships had a doctor who served the whole community. They devised their own entertainment, visiting other ships for gourmet dinners, movie nights and fancy-dress parties. An impressive level of organisation went into organising football tournaments and sailing regattas.

A highlight was the GBLA 1968 Olympics: the vessels were specially adapted for 14 sports competitions, including high jump, archery, sprinting and weight lifting. Astonishing creativity and craftsmanship went into producing GBLA stamps with materials found on board. Today, these miniature works of art are collectors’ items. And although the ships were from both sides of the Iron Curtain, everyone worked together in a mini ‘United Nations’ – seafarers from the West alongside others from the Eastern bloc. At the height of the Cold War, this seemed quite remarkable. 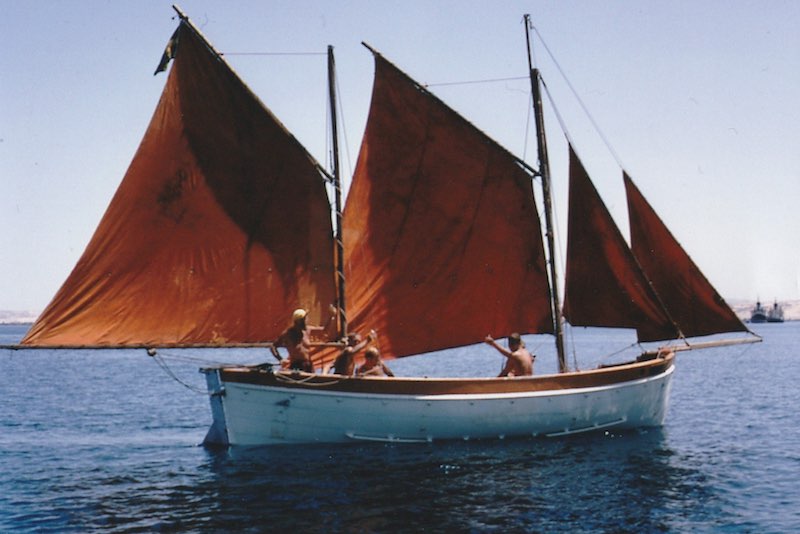 Above: The lifeboat of the Swedish ship, Nippon, adapted for sailing (from David Kemp) 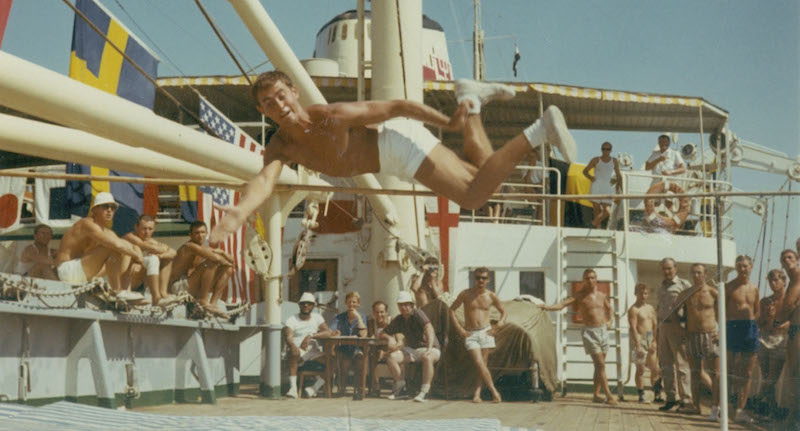 Above: High Jump competition at the GBLA Olympics (from George Wharton)

I became convinced this unusual story should be more widely known.

The 50th anniversary of the Six-Day War in 2017 seemed like the perfect opportunity for the seafarers’ voices to be heard. On 1 June, a reunion of around 100 people took place at the Merseyside Maritime Museum in Liverpool, mostly British seafarers who had served on the marooned ships between 1967 and 1975.

The BBC’s flagship magazine programme, the One Show, filmed and broadcast the reunion. 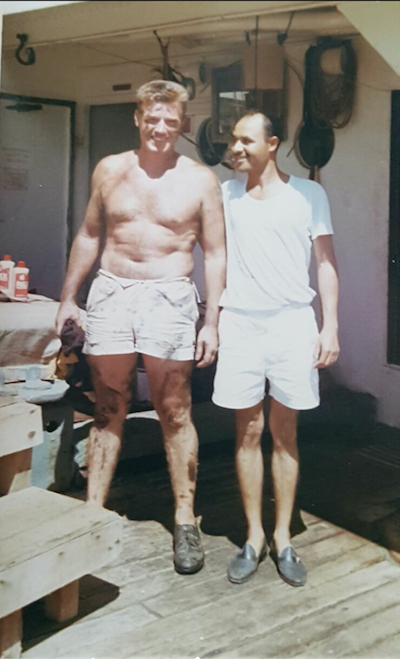 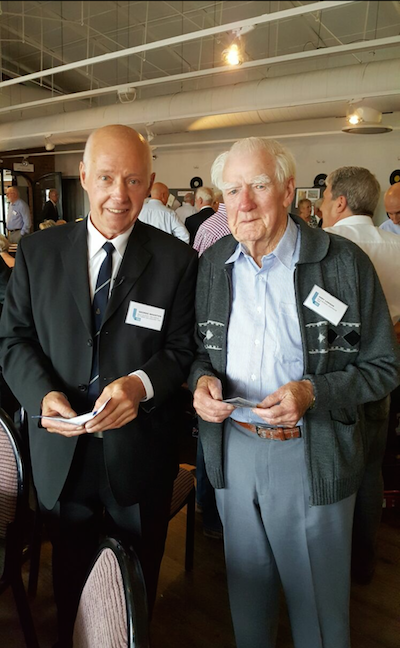 Above: George Wharton and Andy Lanigan from Agalampus, Melampus and Agapenor in 1968 and 2017

At the gathering, I launched my book, Stranded in the Six-Day War. Readers who experienced life on the stranded ships have told me how glad they are that their story has been recounted: ‘I have long waited for a book about those trapped ships. Now it has arrived!’ wrote Philip Roe. I am pleased to have played a part in highlighting this important episode in maritime history and reviving the story for younger generations.

STRANDED in the SIX - DAY WAR is available from: www.cathsenker.co.uk 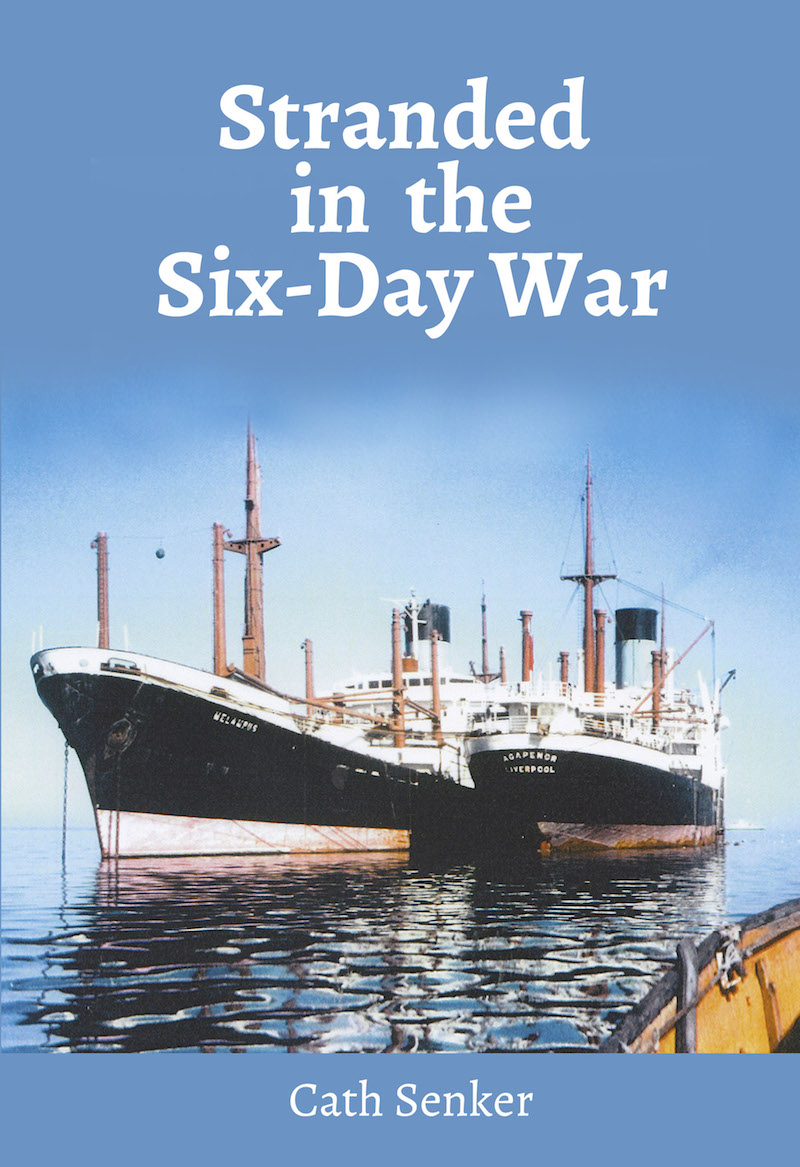