The Yankee, a historic century-old ferry that served the Ellis Island immigration center in New York Harbor, is now being marketed as something else: a $1.25 million alternative to the city’s stratospheric housing costs.

“Luxury residential living space in Manhattan can run $2,000-$5,000 per sq. ft. This unusual opportunity is $125/sq. ft.” says the opening pitch on real estate brokers’ offering for the Yankee, owned for 14 years by Victoria and Richard MacKenzie-Childs and now up for sale.

The 147’x29’x8’ vessel was originally the Dida, built in 1907 by Neall, Levy & Co., Philadelphia, Pa., as a steam-powered ferry for the Casco Bay and Harpswell Line based in  Portland, Maine. After serving as the patrol boat and troop carrier Machigonne in Boston Harbor during World War I, the vessel was acquired by U.S. immigration authorities, and became the Ellis Island ferry from 1921 to 1929. 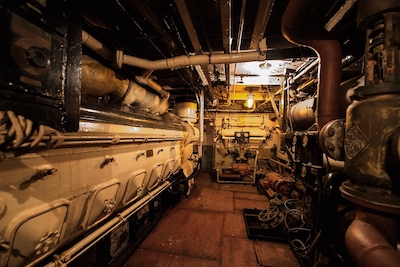 During the 1930s it operated as the New York tour boat Hook Mountain, before being acquired again by the Navy for World War II duty as a ferry for the Philadelphia Navy Yard. Sold by the government in 1947, it was renamed the Yankee, and the original 450-hp steam engine was replaced with a General Motors 12-567A diesel.

Laid up in 1983, it was sold in 1990 to Jim Gallagher of New York who began restoring it. In 2003, the MacKenzie-Childs couple, owners of a namesake furniture and home decorating company, purchased the Yankee and moved it to Pier 25 in Hoboken, N.J., to continue the restoration. It was added to the national Register of Historic Places in 1992.

The boat is now configured for five bedrooms and ample space for dinner parties on the old passenger deck. “The two bedrooms, kitchen, full bath and living room are all finished in high MacKenzie-Childs style,” the brokers’ listing notes. 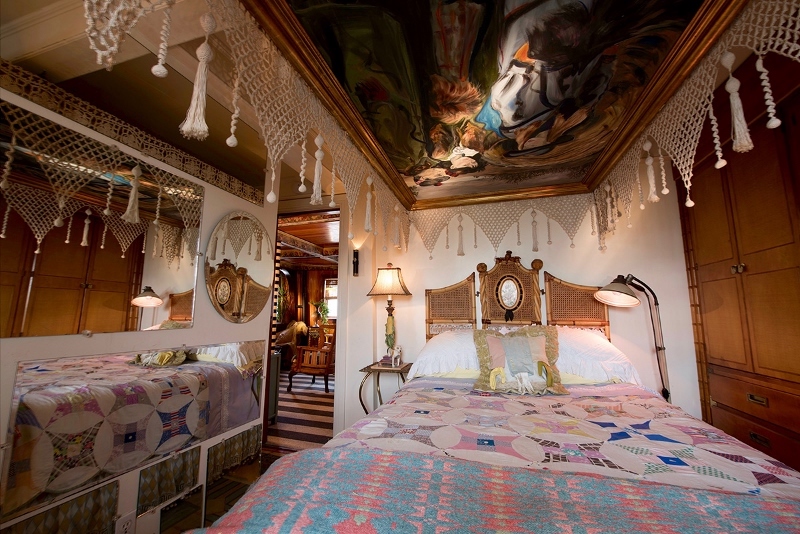 Much of those fantastic contents will be going to auction on their own, although some can be sold to the next vessel buyer.

Having been out of commercial service for decades, the Yankee last year got an inspection after the owners made contact with the Coast Guard in preparation to moving the boat by tug to a new berth on Gowanus Bay in the Red Hook section of Brooklyn. The vessel is approved for private dockside use.