A British submarine lost during World War II, the HMS Olympus (N35), was found in the Mediterranean Sea, according to 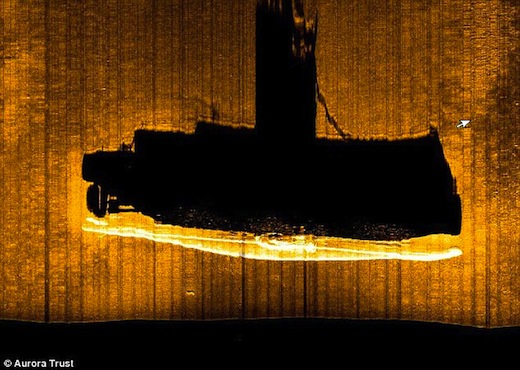 Malta authorities. The Odin class submarine was sunk by a mine off Malta in May 1942.
Built by William Beardmore and Company, a Scottish engineering and shipbuilding conglomerate based in Glasgow, the HMS Olympus was launched on December 11, 1928, and commissioned on June 14, 1930.

From 1931 to 1939,the 283 feet (86 meter) submarine was part of the 4th Flotilla on the China Station, a historical formation of the British Royal Navy. Before being deployed to the Mediterranean Sea, the boat was part of the 8th Flotilla, Colombo, Ceylon (now known as Sri Lanka), in 1939 and 1940. An Italian aircraft hit and damaged the submarine on July 7, 1940. After repairs, the HMS Olympus attacked the Italian merchant ship Mauro Croce on November 9, 1941 with torpedoes and gunfire in the Gulf of Genoa, but repeatedly missed the target. On her way to Gibraltar, the 2,038 ton (submerged) submarine hit a mine on May 8, 1942. 89 crew and passengers were lost with the ship; the nine survivors had to swim 7 miles (11 kilometers) back to Maltese shores.

A team of divers from Malta and Great Britain originally claimed the discovery of the wreck in 2008 at approximately 35°55'N, 14°35'E, 377 feet (115 meter) below the ocean surface. However, the identity of the submarine was not confirmed until a team from the Key Largo based Aurora Trust was able to re-locate and capture images of the wreck using an ROV in 2011.