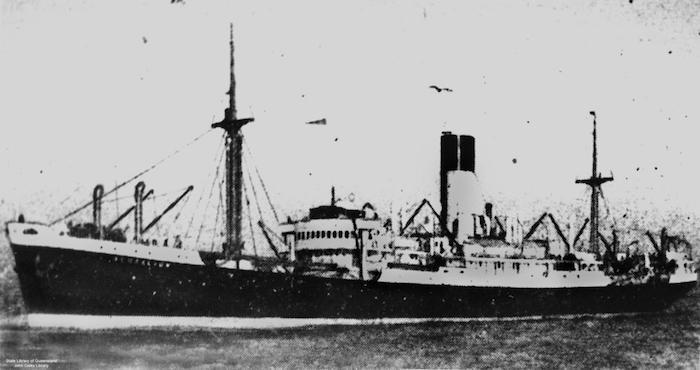 JOHN GREGSON, who has died aged 92, won the George Cross for saving the life of a shipmate during a torpedo attack in the Mediterranean in 1942.

In August 1942 Gregson was serving as an apprentice on the Deucalion, a merchant vessel of 7,500 tons. The ship was one of a convoy of 14 that left Gibraltar on August 10 with the object of breaking through to the beleaguered island fortress of Malta with much-needed food and fuel supplies. From mid-1940 the island had been subjected to heavy bombing raids and close surveillance by the German and Italian air and naval forces. Several earlier attempts to get through had proved very costly in lives and ships.

Code-named Operation Pedestal, the plan was to make a dash for Malta through the straits of Sicily, escorted by a task force that included two battleships and three aircraft carriers. At midday on August 11 the main body of the convoy bore the brunt of the first attack by aircraft of the German Fliegerkorps II, based in Sicily, and of the Italian Regia Aeronautica. An hour later, Eagle, one of the carriers, was hit by four torpedoes 70 nautical miles south of Cape Salinas in Majorca. She sank in four minutes together with all her onboard aircraft.

The following day, shortly after 1pm, about 50 miles south-east of Sardinia, a squadron of Ju88s penetrated the escort’s anti-aircraft screen and attacked the merchantmen. The Deucalion received a direct hit but was only partly disabled and her speed was reduced to eight knots. She was ordered to leave the convoy and try to reach Malta keeping to the shallow coastal waters, under the escort of one destroyer, Bramham.

That evening, two Luftwaffe sorties found them off the coast of Tunisia. The first attack on the freighter resulted in three near misses. The second came from two Heinkel torpedo bombers which cut their engines to avoid alerting the AA gunners and glided in from the landward side.

The Deucalion was hit on the starboard quarter; one of the holds which was full of aviation fuel burst into flames and the order was given to abandon ship. Lifeboats were being lowered and the blaze was spreading rapidly when one of the AA gunners was found pinned down under a raft.

Gregson helped to get the gunner free but the man had sustained severe injuries and when it proved impossible to get him into a boat or on to a raft there was no alternative but to drop him overboard. John Gregson dived into the sea after him but, in the darkness, he could not find a life boat so he towed him a distance of about 600 yards to a ship which picked them up.

The citation stated: “But for Apprentice Gregson’s gallant action, undertaken with complete disregard of his own safety, the injured man would have had little chance of survival.” Gregson was invested with the Albert Medal by King George VI at Buckingham Palace on March 30 1943.

John Sedgwick Gregson, the son of an architect, was born in Bombay on January 4 1924. He was educated in Britain and attended the Pangbourne Nautical College in Berkshire. Leaving Pangbourne in 1940, at the age of 16, he joined the Merchant Navy and began an apprenticeship with the Blue Funnel Line in the general cargo trade two years later.

After serving in the Malta convoys, in 1943 Gregson signed on with the Brocklebank Line and received his Second Mate’s Certificate. In 1946 he qualified for his First Mate’s Certificate with Common Brothers of Newcastle and, three years later, his Master’s Certificate when he switched to the Oregon Line.

Gregson went to New Zealand in 1952 and served for eight years as mate, then master, in coastal shipping with the Shell Oil Company of New Zealand. In 1961 he joined the Bay of Plenty Harbour Board in Tauranga as a pilot. He became navigating officer with the Union Steamship Company in 1977.

In retirement, Gregson lived at Mount Maunganui overlooking the Bay of Plenty. In 1971, when the Albert Medal was revoked by Royal Warrant, Gregson elected to keep the original medal he received from the King, rather than exchange it for the George Cross. Among his other medals, he also held the Lloyds War Medal for Bravery in Saving Life at Sea. This medal was instituted by Lloyds of London in 1940 to be awarded to officers and men of the Merchant Navy and fishing fleets for exceptional gallantry at sea in wartime.

John Gregson married, in 1954, Mary Joan Reading in Wellington, New Zealand. She predeceased him. He is survived by two sons.