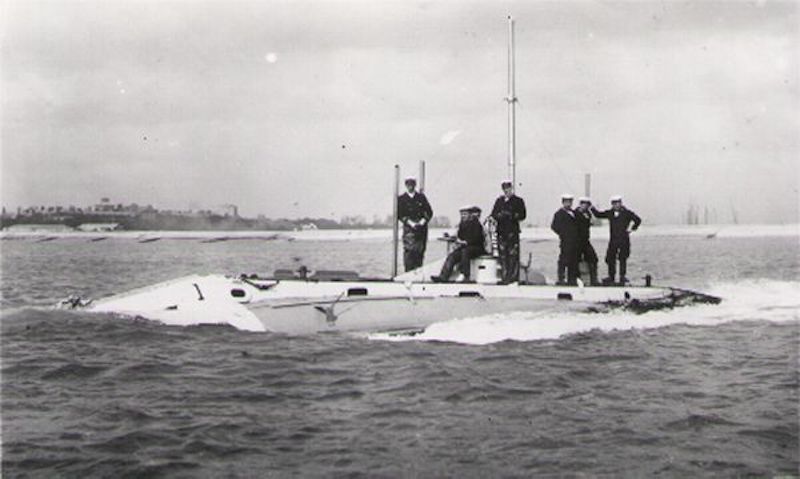 In 1900, when the then-Controller of the Navy declared that submarines were “underhand, underwater, and damned un-English,” he was not alone in his vehement condemnation of the platform as a means of waging war.

At that point in history, Britain was the only major maritime power not to have at least an embryonic submarine flotilla, but to find out what all the fuss was about, Holland 1 was built in Barrow under license from the Electric Boat Company. The design by Irish-American John Philip Holland was similar, but not identical to boat accepted by the U.S. Navy. Thus the Royal Navy Submarine Service was born in 1901. 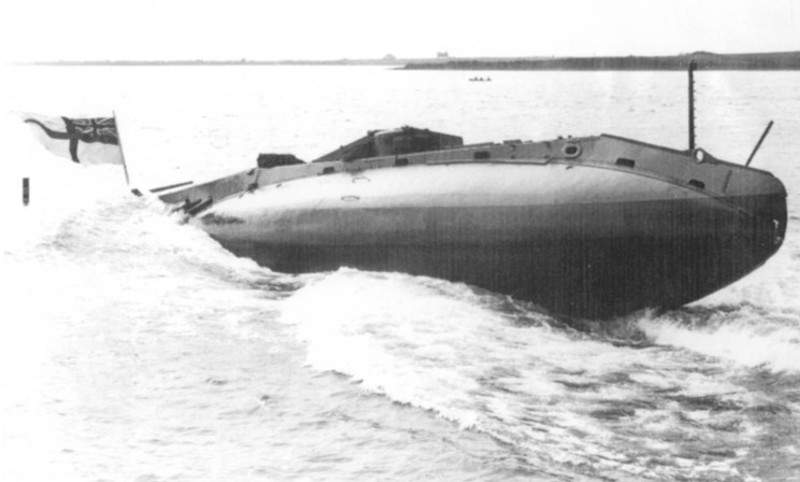 During those pioneering days, the early submariners were in fact struggling with what was little more than an animated mine – a defensive weapon of position to be used to protect our own bases. Equipment was crude, and to put that problem into perspective, the rudimentary optics in our periscopes imaged a target horizontally if it was right ahead, vertically if on the beam, and upside down if astern. This must have made the estimation of target course and speed a most interesting procedure! However, at the time, this was cutting edge technology as was a petrol engine coupled to an electric motor with a massive battery.

The experience of operating Holland 1 stimulated developments that increased range, endurance and firepower of submarines. By the end of her life, submarines had been turned into offensive weapons and formidable opponents.

In 1913 Holland 1 sank while under tow to the scrapyard following decommissioning. She was located in 1981 at a depth of 63 meters and salvaged in 1982.

Following her salvage Holland I was cleaned, treated with an anti-corrosion chemical and put on display at the Museum. But by 1993 the boat was badly rusting all over and attempts at repainting proved futile. The anti-corrosion treatment had failed and a new solution was needed! In 1994 the Museum began building a giant glass fibre tank to enclose the submarine. The tank was filled with 800,000 litres of sodium carbonate. Soaking the submarine in this way would remove the chloride ions that were the cause of the uncontrollable corrosion. In December 1998, the soaking tank was drained down and final tests carried out. Chloride levels were now found to be extremely low - the treatment had worked!

When Holland I was originally displayed 1983 it was "restored" to its operational appearance. The idea was to take people back in time by pretending the boat was really as good as new. After four years of chemical soaking the submarine again needed refurbishment. This time the Museum chose to present the boat as it really is.

Many important pieces of equipment would have been removed before she took her final voyage to the breakers yard, but still intact are all the essential components of a submarine warship: engine, motor, propeller shaft, ballast tanks and torpedo tube. Also evident is 69 years of decay on the seabed visible in the corroded form of many components and plates. 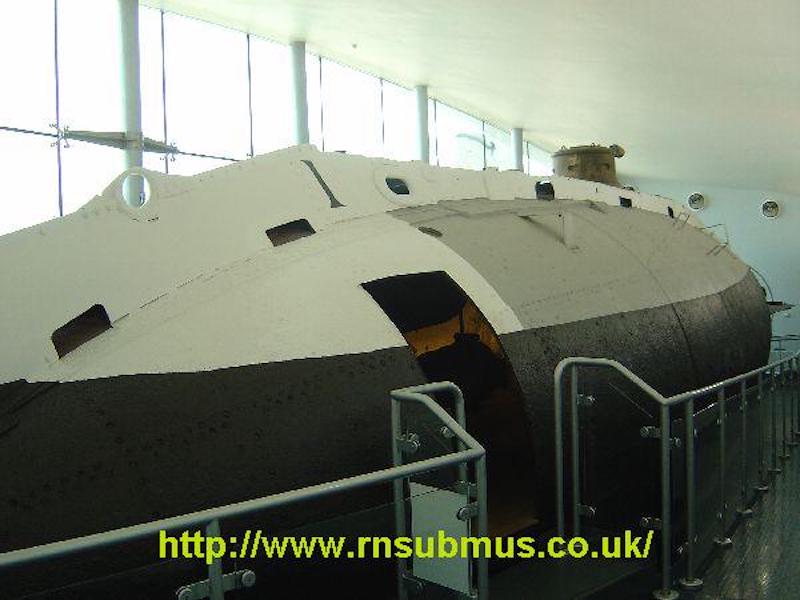 When visitors enter the new gallery they breathe moisture into the dry atmosphere, which if it were allowed to build up could stimulate more corrosion. The gallery has therefore been equipped with a powerful dehumidification system that keeps the humidity below 40% relative humidity - this low level of humidity prevents moisture from setting off the corrosion cycle.