HMS Caroline taken out of the water for vital restoration 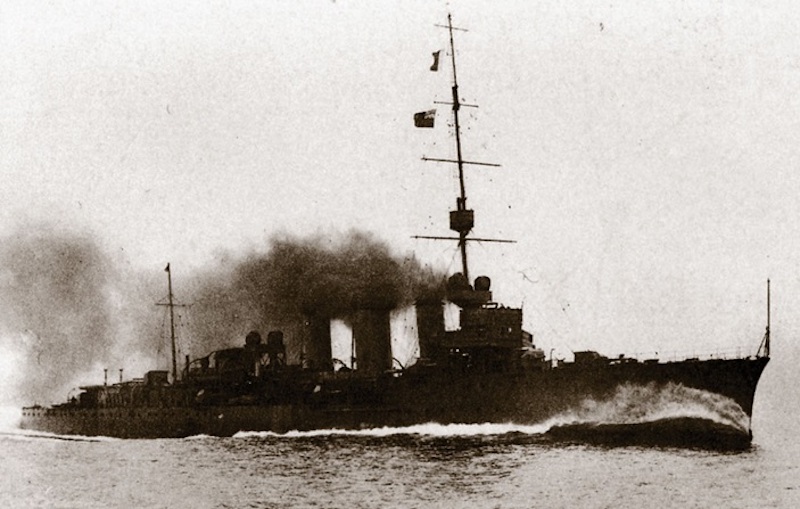 She hasn’t been out of the water for 32 years so it’s not surprising to see the hull of the sole surviving vessel from the Battle of Jutland covered in barnacles.

Two tugs spent an hour easing HMS CAROLINE from her home at Alexandra Dock in Belfast to Harland and Wolff’s Heavy Industries Dock for hull inspection and repair. The work includes removing the marine growth, stripping paint from her hull and ultra-sonic testing to check for areas of weakness and repairs.

Caroline, which has remained in the water since 1984, will have a marine-grade paint scheme applied to her hull before she is returned to her dock in the city’s Titanic Quarter before Christmas.

The 3,700-ton veteran light cruiser opened to the public in June, a day after the centenary commemorations for the WW1 battle, but vital work on her hull was delayed in order to capture summer visitors, with 16,000 people going aboard in five months to witness the result of her £15m restoration project. 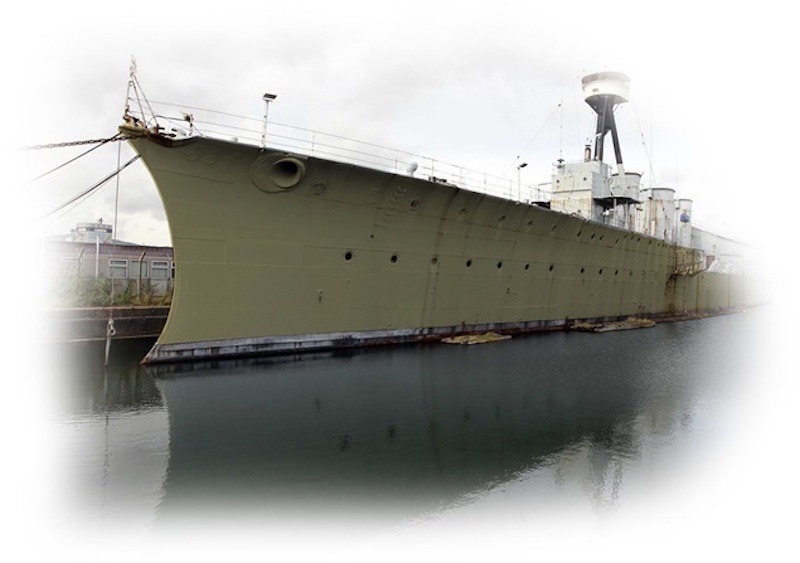 She was one of more than 150 British warships that locked horns with the Kaiser’s High Seas Fleet in the North Sea at Jutland, when she charged at the German lines on at least one occasion to unleash torpedoes.

Caroline tells the story of the Irish Sailor (the country wasn’t partitioned until 1921). Around 350 Irishmen died at Jutland and more than 10,000 of them served in the Royal Navy, the Royal Marines, Royal Naval Reserve, Merchant Navy, fishing fleets, and maritime rescue services during WW1.

HMS CAROLINE’s links with Belfast began on 1 April 1924 when she became the headquarters and training ship for Royal Naval Volunteer Reserve’s Ulster Division.