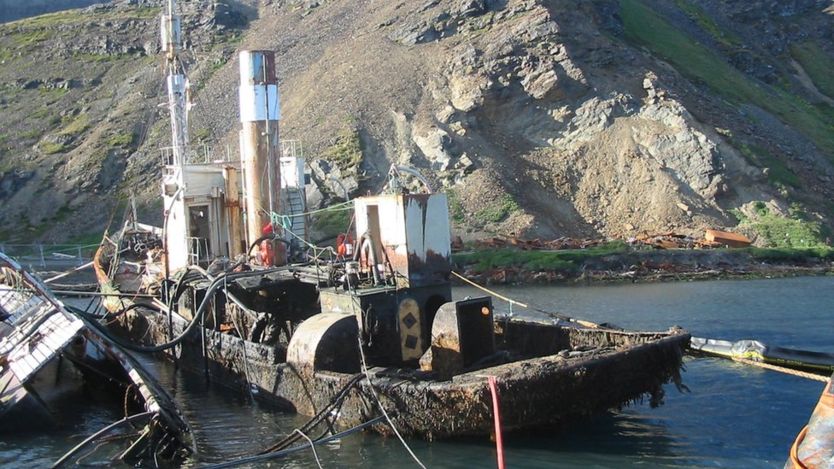 Engineers are flying to the South Atlantic in a fresh push to bring a rusting World War One trawler back to England.

The Viola has been rusting on the island of South Georgia for decades.

If the vessel can be brought back by spring, it could form part of a maritime heritage legacy trail for Hull City of Culture.

Marine engineer Ros Spink, however, said breeding seals nearby were "a consideration".

After the war, the Viola was a whaler, seal-catcher and support vessel for scientific expeditions but has since been rusting 7,750 miles away in South Georgia. 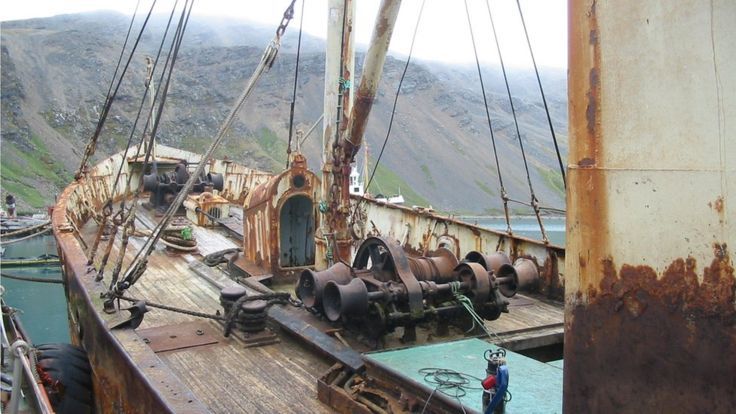 In 1982 it was one of the vessels targeted by Argentine scrap metal merchants in the landing that sparked the Falklands War.

The Viola (also known as the Dias)
•Built in Beverley in 1906
•Thought to be the oldest surviving steam trawler
•Requisitioned by the Admiralty to sail to war from Hull in September 1914 with a crew of local fishermen
•Hunted U-boats and swept for mines
•After the war, was a seal-catcher and scientific support vessel
•In South Georgia since 1927
•Mothballed in the 1960s
•Targeted by Argentine scrap metal merchants in the landing that sparked the Falklands War in 1982Ms Spink and John Simpson from Solis Marine 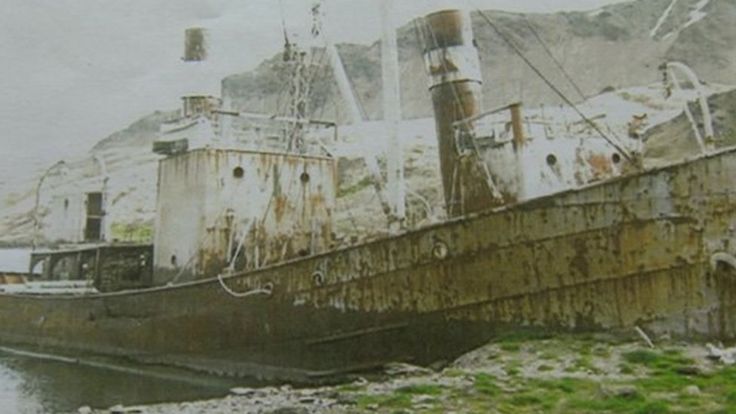 Consultants will determine whether the ship can be made strong enough to be transported to the Humber in January or February.

"The Viola is sitting in a trench so we need to see if she can be re-floated and lifted in a cradle," Ms Spink said. "An operation in 2004 removed the oil from the ship but there are other environmental considerations.  Breeding seals were "a consideration" but unlikely to hamper the survey, Ms Spink said. "Hundreds of seals come ashore in summer to have pups and apparently can be quite aggressive defending their young. They could be on the jetty alongside the vessel," she said. "We can't fence off the area, we don't want to disturb or distress them, we just have to give way and keep our distance until they lose interest."

Paul Escreet, chairman of the Viola Trust, said £3m would pay for the survey, another trip to South Georgia to carry out repair work, hire of a cargo ship and crew for transportation, fuel and restoration. 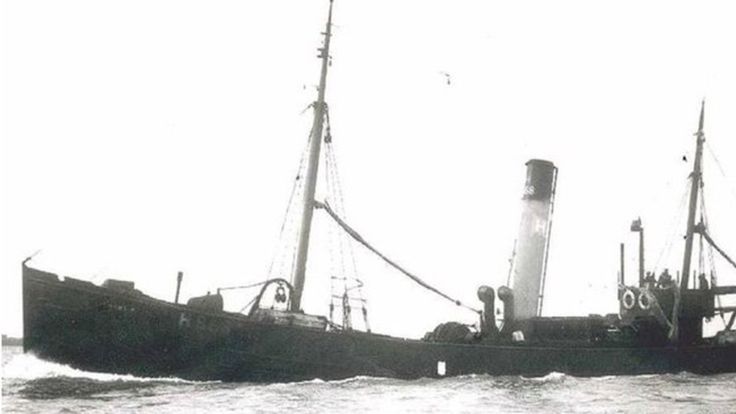 If restored, the ship may join the Spurn Lightship and Arctic Corsair in a trail of Hull's maritime heritage.