Little remains of the MV Sygna on the 40th anniversary of the storm that left it wrecked on Stockton Beach, but the Sygna is just one in over 200 vessels that have met their end in the waters once referred to as a 'hellhole'. 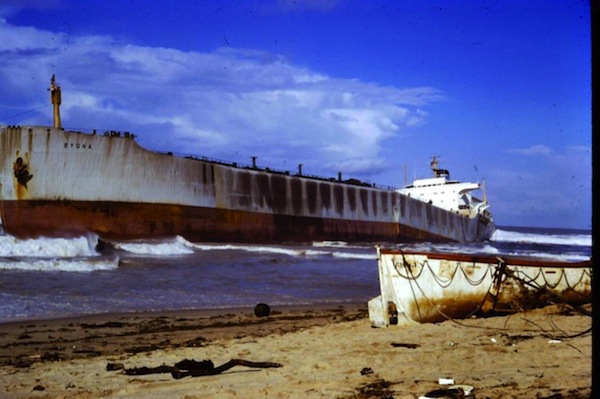 The port of Newcastle used to be described by mariners as a 'hellhole' with over 200 vessels having been wrecked in and around the mouth of the Hunter River.

Numerous lives have been lost in our local waters; the wreck of the Cawarra in 1866 is still considered one of Australia's worst maritime disasters with only one of the 61 passengers and crew on board the vessel surviving the wreck. Many of the victims of the Cawarra disaster were buried in a mass grave in the grounds of Christ Church Cathedral.

And in spite of huge advances in technology and major changes to the port to improve its safety, Newcastle waters continue to take a toll.

The 1974 storm that claimed the Norwegian vessel MV Sygna caused the closure of both Newcastle and Sydney ports and major damage was caused along a large part of the coast.

While little remains of the vast majority of Newcastle's shipwrecks, Deb Mastello from the Newcastle Maritime Centre jokes that there is so much of the Sygna held within the museum's collection that they could rebuild it, "Sometimes it feels like we can refloat her - we certainly have a lot from the Sygna,"
Proving just how much technology has changed over the 40 years since the Sygna came to rest on Stockton Beach, Deb points out that the Sygna's 40-plus huge paper maritime charts are held within the collection, "This was all before GPS so we had to have charts. We've got them all. We've also got medical books, life rings, the clock that was in the dining room," Deb laughs, "So we're not really joking when we say we can rebuild her."

Maritime Centre volunteer Bill Storer agrees but says he doesn't really want to rebuild it, "We've got a lot of the bridge instruments - the speed indicators, telegraph, gyroscope repeaters, the medical stores book but it's written in Norwegian,"

I suggest to Bill that before the attempt was made to salvage the ship, quite an effort must have been put in to 'collecting souvenirs', "It would appear so although I don't remember doing it at the time. Obviously a truck pulled up at Fort Scratchley and dumped this stuff off."
"We've got some lifebuoys and plans and charts and using the charts we could sail the world."
"We have photographs of it afloat, ashore, broken, when Mr Yamada was there, and from last year; so yes, we could build it from the inside out,"
"But what we'd really like is a decent model of it," said Mr Storer. 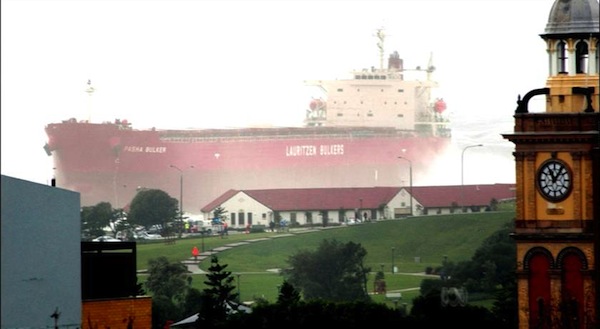 The other great storm from recent memory is the 2007 storm that left the MV Pasha Bulker on Nobbys Beach.
As if to prove the dangerous reputation of Newcastle's dangerous waters, the Pasha Bulker beached within metres of where the TSS Maianbar ran aground in 1940. The Maianbar, however, came ashore during fine weather.

It is perhaps just a matter of time before, once again, the crowds take to the foreshore to see the latest victim of our coast.
Newcastle's Maritime Centre holds a huge amount of information on Newcastle's shipwrecks and some of these may be discovered on the Shipwreck Walk.