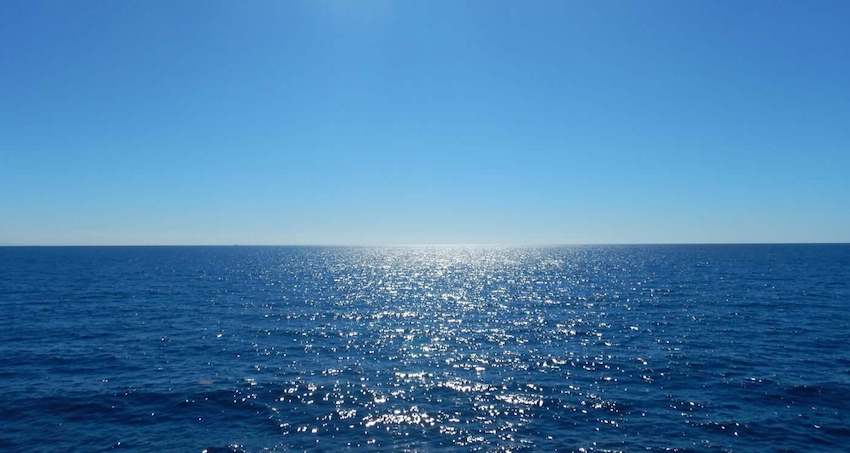 In 2022, the world’s oceans hit their warmest temperature on record for the fourth year in a row, new research suggests. The findings, published last week in Advances in Atmospheric Sciences, are a striking indication of the long-term pattern of human-caused climate change.

Since 1970, the oceans have absorbed about 90 percent of the excess heat from greenhouse gas emissions, per CNN’s Ivana Kottasová. Ocean temperature is less susceptible to short-term weather changes than air temperature is, making oceans a good gauge for the effects of climate change.

“If you want to know how fast the globe has warmed and if you want to look into the future climate, the answer is in the oceans,” study co-author John Abraham, a thermal sciences expert at the University of St. Thomas, says to Axios. “It tells us the past and helps us project into the future.”

A warmer ocean also means expanding water, rising sea levels and flooding. It is increasingly likely that, between 2020 and 2100, the ocean along the U.S. coastline could rise by two feet. A recent NASA study found the ocean could rise up to one foot in about 25 years.

“The global ocean is rising, and more than that, the rise is accelerating,” David Holland, a physical climate scientist at New York University told Live Science’s Joe Phelan in November. “The projected rise for the Gulf coast of about 1 foot by 2050 is enormous. This can make hurricane-related storm surges even worse than is presently the case.”

The new study also examined ocean salinity, which determines water density and affects ocean circulation, reports Damian Carrington for the Guardian. The researchers found that the difference between the average salinity in high- and low-salinity regions (also called the salinity-contrast index) was the highest on record in 2022.

“Salty areas get saltier, and fresh areas get fresher, and so there is a continuing increase in intensity of the hydrological cycle,” Lijing Cheng, lead author and researcher for the Institute of Atmospheric Physics at the Chinese Academy of Sciences, says in a statement.

The study indicates that the ocean is becoming more stratified, too, developing layers of differing densities that make it more difficult for materials like oxygen and nutrients to be transported through the water. More stratification also leads the oceans to absorb less heat from the atmosphere, furthering global warming, per the Guardian.

Scientists have raised concerns about more than just warming oceans—the past year shattered records for extreme weather and air temperatures, too. The National Oceanic and Atmospheric Administration found 2022 was the sixth hottest year documented since 1880, despite its La Niña weather pattern, which tends to lower global temperatures. Europe saw its worst drought in 500 years last summer. New Year’s Day of 2023 was the hottest January day ever recorded for at least eight European countries.

Without significant action from humans, scientists say these trends are likely to persist.

“The oceans are absorbing most of the heating from human carbon emissions. Until we reach net zero emissions, that heating will continue, and we’ll continue to break ocean heat content records, as we did this year,” Michael Mann, a climate science researcher at the University of Pennsylvania and an author of the new study, says in the statement. “Better awareness and understanding of the oceans are a basis for the actions to combat climate change.”