Evergreen’s colossal Ever Acme delivered 4 months ahead of schedule 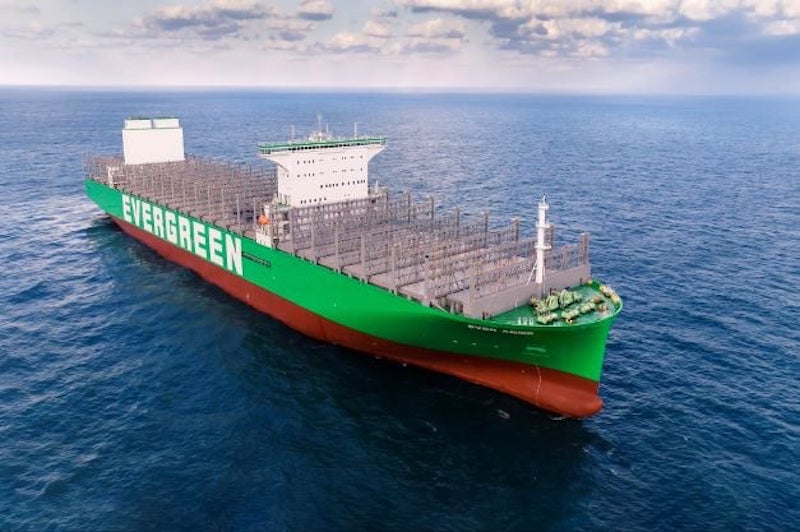 The vessel was built at the yard’s Changxing Shipbuilding unit and it was earmarked for delivery in the second quarter of 2023.

The shipbuilder said that faster delivery was enabled by management innovation and improvement of the shipbuilding process as a considerable amount of material sourcing and process preparation was done in advance.

This is the third 24,000 -TEU container ship to be delivered to Evergreen this year.

The first boxship from the series, named Ever Alot, was handed over to the Taiwanese shipowner in June 2022, followed by the second one, Ever Aria, in September 2022.

The three ships are among the world’s largest containerships based on their capacity. The trio is part of a total of nine vessels being built by Hudong-Zhonghua Shipbuilding for the shipowner to ABS class.

The 24,000 TEU containerships have been independently designed by Hudong Zhonghua, and they are fitted with a myriad of green features including high efficiency, energy-saving, and safety solutions in line with Tier III emission requirements.

The ships have a bulbous bow design, large-diameter propellers, and energy-saving ducts to ensure low energy consumption. They are also fitted with hybrid scrubbers.
The 400-meter megamax-24 type ships will serve ports between Asia and Europe. They can load more than 24,000 standard containers at a time, and the maximum stacking layer can reach 25 layers, which is equivalent to the height of a 22-story building.

Ever Acme is scheduled to depart from Shanghai on December 30 and will start operation immediately upon its delivery.