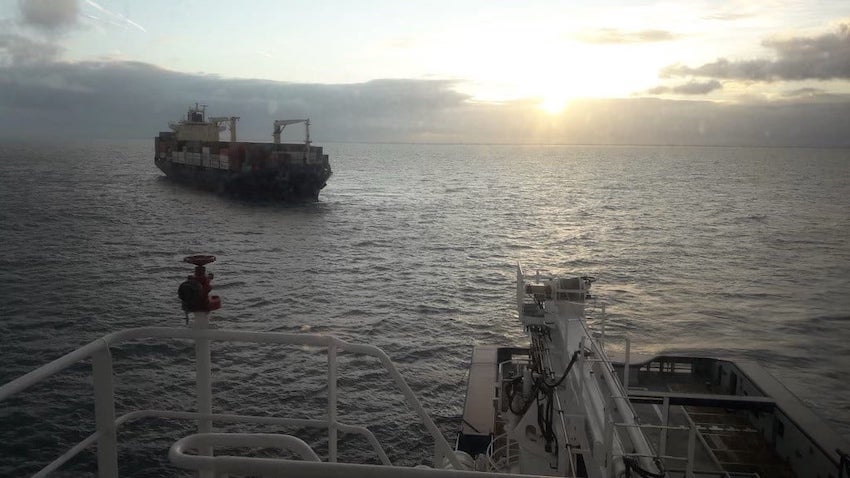 A Liberian-flagged containership HSL Nike suffered an engine malfunction on Monday, December 26 while sailing toward the port of Rotterdam.
The vessel anchored off Cap Gris-Nez in northern France to avoid drifting while the crew tried to repair the engine. After a full day of investigations carried out by the crew, the breakdown was not resolved, the French Maritime Prefecture of the Channel and the North Sea said.

The Sub Panamax containership of 2,556 TEU was built in 2005 by Hyundai Heavy Industries. The owner of the vessel is Libra Seas SA, according to VesselsValue, with Hapag-Lloyd from Germany listed as the ship’s operator.
As the weather conditions began to worsen in the area the ship started drifting and sought assistance from local maritime authorities. A rescue tug Abeille Normandie de Boulogne was sent to the scene to monitor the vessel and take it under tow if necessary.

As the crew was unable to repair the engine, the maritime prefecture and the shipowner decided to take HSL Nike under tow overnight and bring it to Dunkirk where the necessary repairs would be carried out.

The duo arrived in Dunkirk on December 27.